Michael Duffy off the mark with two goals 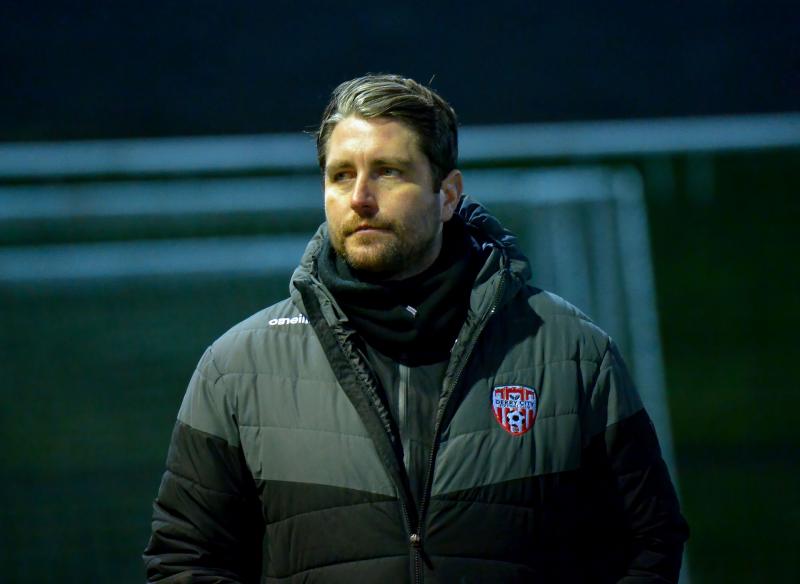 Derry City continued their pre-season preparations with a 6-1 drubbing of Longford Town today.

It was a dominant showing from Ruaidhri Higgins’ team, particularly in the first half which ended 5-1 in favour of the visitors. Two goals from Michael Duffy sent Derry on their way before captain Eoin Toal added a third and Brandon Kavanagh made it 4-0.

Sam Verdon pulled a goal back for the hosts, but City had the last say of a dominant first period when Jamie McGonigle found the net.

There were again a number of changes in personnel in the second period, and again one of the younger members of City’s squad made a name for himself. Liam Mullan came off the bench to score the goal of the day, a screamer from distance to put extra gloss on the final score.