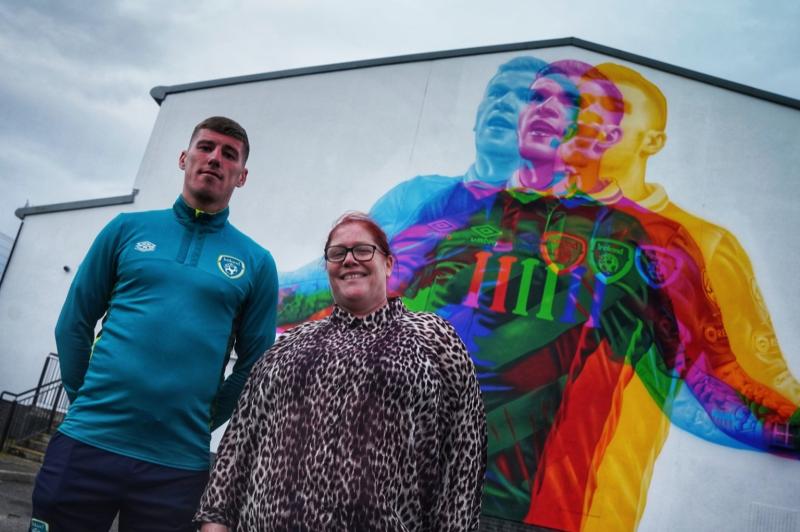 A new mural in honour of Derry man, James McClean, has been unveiled in the Creggan community where he spent his childhood playing football.

On Tuesday night, the artist Aches completed his latest creation featuring James McClean on Central Drive, Creggan as part of Féile's 'Graffiti on The Walls' initiative.

The first people there to see the completed mural were James' mum, brother, niece and nephew.

At the start of this week, students from St. John's Primary School- the school that the Republic of Ireland international attended- got a glimpse of Aches at work as he completed the giant masterpiece.

McClean found his love for football on the surrounding streets and went on to play for hometown club, Derry City FC.

His career only grew from there as he found success across the water where he has played for Sunderland, Wigan, West Brom and Stoke.

The Derry man has also proudly represented the Republic of Ireland, collecting 90 caps and even captained the side as they played Mexico.

A spokesperson for Féile said: “Over the last few months we have been working with partner organisations across Creggan and Brandywell on a number of events to mark 75 years since the first houses were built in Creggan.

"This current project is part of a Street Art initiative, 'Graffiti on The Walls' which has been taking place over the last couple of weeks."

"'Graffiti On The Walls' is a new street art initiative across the Brandywell and Creggan neighbourhoods which has featured workshops and a number of new murals for the area."

'Seeing Dougie Wood was like seeing a film star!'

Those involved in the initiative say they feel "honoured" to have Aches create the tribute to one of Creggan's most famous sons.

The Dublin-based artist behind the mural, Aches, specialises in large scale murals and graffiti and the McClean mural is just the latest in a host of magnificent creations across the world. 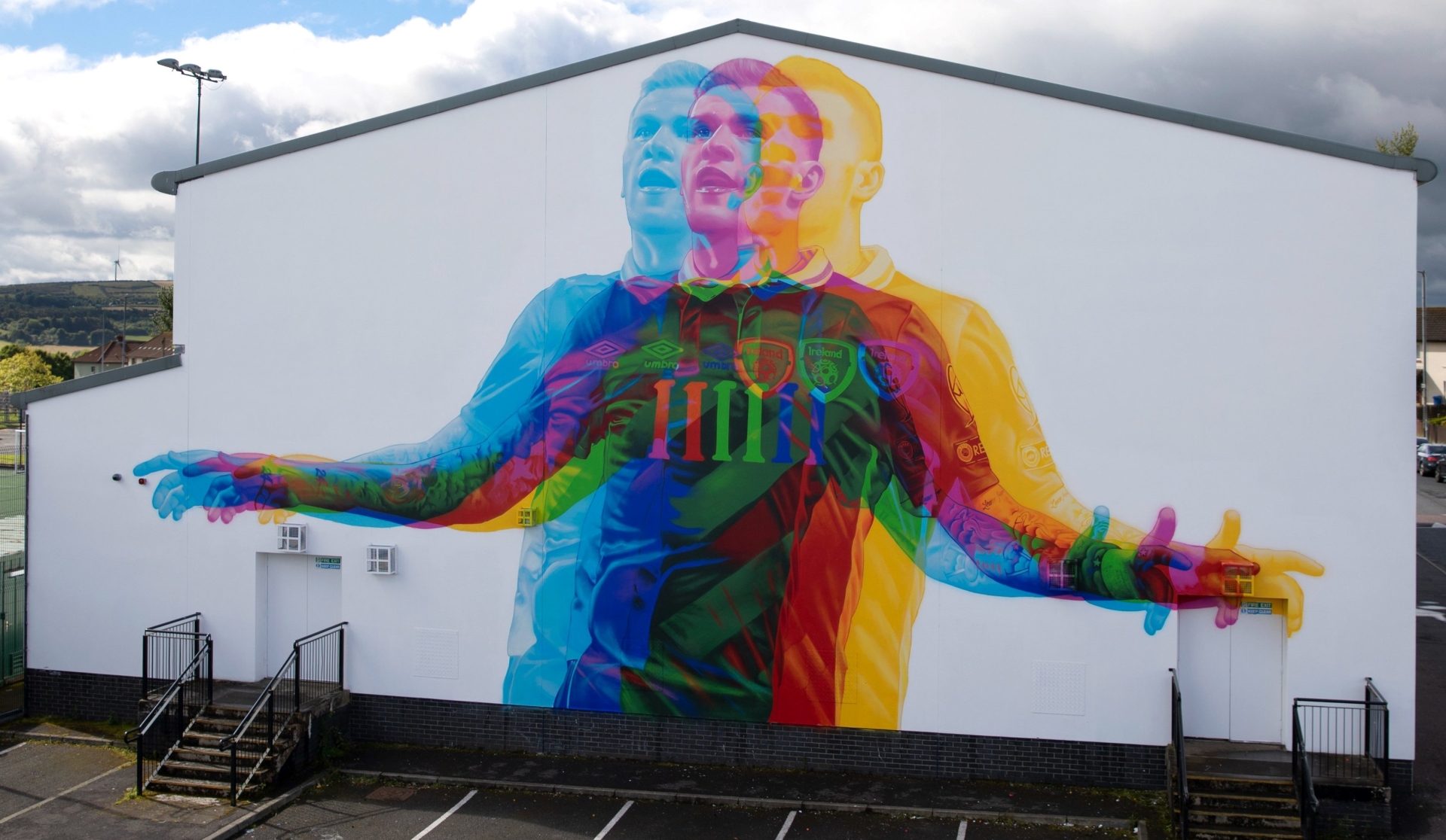 "We are honoured to have Aches, one of the finest artists in the world, creating a new artwork for Creggan. We have been blown away by the reaction to the James McClean mural.

"The theme that was chosen for the artworks was inspiring young people and what better person to inspire the youth of Creggan than James McClean; a proud Creggan man who is a hero to the people of Creggan and Derry and to hundreds of thousands of football fans across Ireland and beyond.

"Barcelona and Naples have murals of their heroes Lionel Messi and Diego Maradona. Derry now has a mural celebrating our football hero, James McClean.”