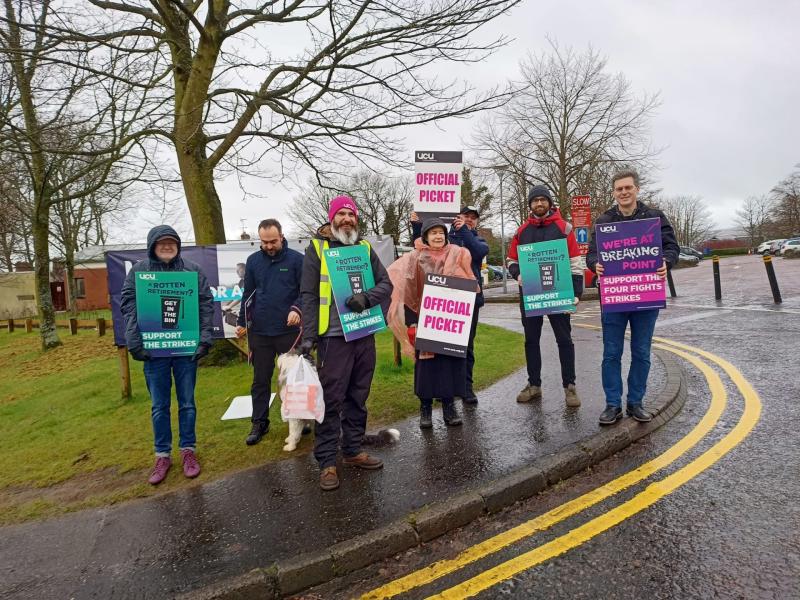 Ulster University lecturers face being locked out of work next week after bosses threatened to dock their entire wage if they proceed with a marking and assessment boycott.

Lecturers belonging to the University & College Union (UCU) have long been in dispute with management over cuts to pensions, working conditions and the casualisation of labour.

A breakdown in talks brought about an 18-day strike earlier this year. However, management would not budge leaving the UCU to employ a boycott of marking which means end of year exams and coursework from students will not be graded.

In an email to staff, Ulster University stated that such a boycott is “a fundamental breach of contract”.

The email goes onto say: “The University does not accept partial delivery of contractual responsibilities and will therefore deduct 100% of salary for each day that a member of staff participates in a marking and assessment boycott.

However, Dr Adrian Grant – who is a lecturer in policy at the Magee College campus of Ulster University – insists the UCU are within their rights to stage this boycott.

He said: “An email was sent by the university to all staff making it clear that anyone who engages in the legally constituted marking and assessment boycott will have 100 per cent of their salaries deducted.

“There were also lines in that email that essentially said that if you decided to engage in the marking and assessment boycott, you won't be paid for any other duties and therefore, you will not be required to complete those duties.

“Essentially, the university is saying that they don't want us to do the rest of our jobs if we are going to engage in this marking boycott.”

The prospective lockout harks back to a seminal moment in Irish history when, in 1913, 20,000 workers were locked out by 300 employers in Dublin over the right to form and organise trade unions.

While the five-month dispute did damage the Irish Transport & General Workers Union following press baron William Martin Murphy's attempts to break it, the principle of unionisation was accepted with no employer trying to break a union in the manner in the same hardline way as used by Murphy.

“It is a very tone-deaf thing for Ulster University to do given the history of this country,” adds Dr Grant. 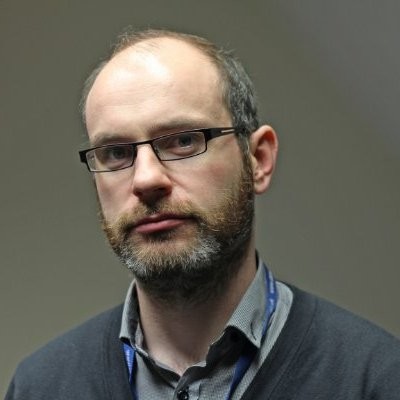 Dr Adrian Grant who lectures in Policy at Ulster University

“We learned about the 1913 lockout in school and that event is seen as one of those pivotal moments in history where that kind of style of industrial relations was parked because of the damaging effects it has on the welfare of people and their families.

“Yet this is what Ulster University has decided to engage in – the type of tactics they've decided to employ all of a sudden.

“We're quite astounded by this actually that they've done this. I can't believe that we're talking about a lockout in the year 2022. It's really quite unbelievable to be honest.

“I think its unprecedented (for a university to do this). I don't know of a university in Ireland that's ever gone down this road.

“As many people know, we were on the picket line earlier this day and were on it for 18 days straight. Those 18 days hasn't moved the employers an inch really.

“Unfortunately, we were left with no recourse but to use the next tactical arm that we have which was the marking boycott.

“Marking is just one element of our jobs. There is also teaching, research, administration, pastoral care for students and a whole host of other duties that we perform on a daily basis.

“To withhold whole salaries is a bullying tactic. Essentially, what they are trying to do is starve us out in the way that William Martin Murphy did with the transport workers in Dublin back in 1913.

“I'm surprised that I'm even saying this in the 21st century – it's Victorian (era) stuff.

“We're meeting throughout the day to discuss what to do. We have the support of other branches (of the trade union) whose employers haven't taken such a draconian approach to this.

“The branch at Queen's University in Belfast has expressed solidarity with us. Branches across the UK are expressing solidarity as well. The General Secretary of the UCU, Dr Jo Grady, was on Twitter calling Ulster University management out for their use of this tactic.

“Plus there have been people asking about making donations to the branch to help us get through this – so there is a massive upsurge in solidarity and we would really like to see politicians and public figures and anybody else with a voice in society in the North to come out and condemn Ulster University for this awful move that they have made.”

Students will of course be affected by the marking boycott – especially those in the final year of their degree studies.

However, Dr Grant insists that the action was a last resort that they had held off from taking for a year.

He said: “I know that the students are going to be very concerned about this. The marking boycott has been on the cards for a year. It was something that had been held back until the very last minute.

“This was something we didn't want to do. But, obviously, if you can't get anywhere with standard industrial action – like a strike – then things have to be escalated.

“We're now at that point and we would have liked to have seen the employers come back and begin negotiating properly again.

“But for Ulster University in particular to take this approach has really just made things worse. It has further damaged the prospect of marks being delivered on time and students graduating.

“Students are at the heart of universities. UCU members are more aware of that than anyone.

“We're the ones who engage with students on a daily basis – university managements hardly ever see the students. So we're the ones who are breaking our backs at this time of year to get everyone through their exams and coursework and trying to ensure that the student experience is as good as it can be.”

“We don't want to use students as pawns in any kind of a game. However, the fact that the university has gone down this road of punitive pay deductions and lockout threats is really not doing anyone any good – particularly the students.

The Derry News contacted Ulster University and a spokesperson stated that they hoped that further industrial action could still be avoided.

The spokesperson said: “We fully respect the rights of our staff to participate in mandated industrial action.

“However, given that we have been working collaboratively with our local UCU branch for some time, to do all that we can to resolve the national disputes and that UCU Ulster Branch have themselves acknowledged that there is nothing further we could do locally and that further negotiations will need to take place at a national level, it is deeply disappointing that this escalation is proceeding from Monday, May 23.

“It is unclear whether the UCU Ulster Branch have recently sought the views of their full membership in advocating this marking and assessment boycott. However, we do remain hopeful that this action may yet be averted and call on UCU Ulster Branch to reconsider in the coming days.

“Our students are at a pivotal milestone in their lives. Having withstood some of the harshest challenges of the last few years, they are now poised to begin the careers they have worked for and many are holding offers of employment that are contingent upon their degree award. We hope that can still happen for all of our students.”

When asked if Ulster University would be drafting in non-unionised casual lecturers to replace those out on strike and honouring the marking boycott, the spokesperson replied: “No, we will not be introducing casualised labour in this circumstance. But please note this is not a strike but rather a breach of contract by those that participate in the action.”