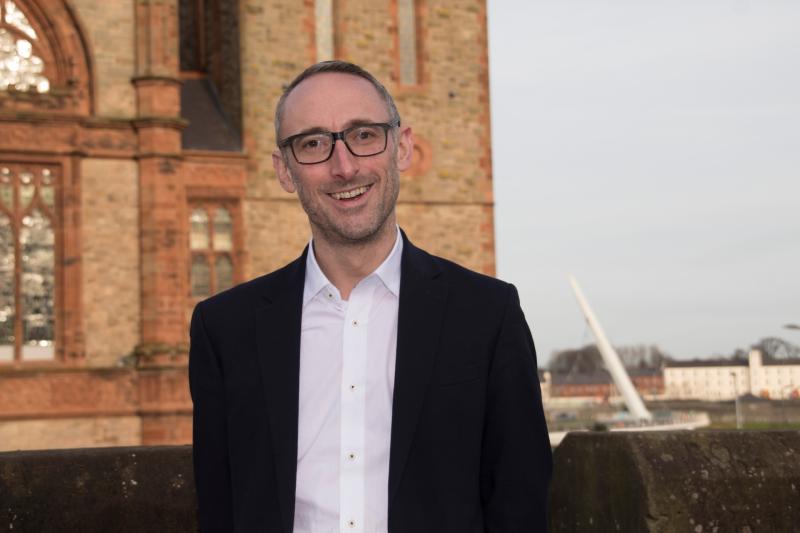 SDLP Councillor, Rory Farrell, has said it would be “a slap in the face” for families struggling to make ends meet if councillors accepted a pay-rise.

Cllr Farrell stated that councillors instead would serve their constituents better by standing in solidarity with those facing financial hardship.

Derry City & Strabane District Council's Governance & Strategic Planning committee were debating an updated Scheme of Allowances from the Department for Communities proposed an increase in Councillors' Basic Allowance from £15,071 to £15,757.

“The SDLP's position is that we should reject this pay-rise,” said Cllr Farrell who represents the Ballyarnett ward.

“We rejected last year's pay rise and our position has not changed since.

“Families across this city and district are struggling with the cost of living. We have Council workers who have been recently on strike arguing for better pay and better terms and conditions and people in general are getting it really, really tight.

“We shouldn't accept the pay-rise. We should stand in solidarity with families across the city and district and reject this increase.

“Accepting it would be a slap in the face for families and individuals struggling to make ends meet. So, we shouldn't accept the pay-rise.

“I'm going to make a formal proposal and that is that we do not adopt the updated Scheme of Allowances, excluding the Dependents' Carers' Allowance uplift.

“In terms of the basic allowance for councillors, we should not be increasing that, but the increase in place for carers, yes, we should. So, that's a formal proposal.”

The proposal gained unanimous support and will be ratified at the next meeting of the full Council later this month.

Meanwhile, Cllr Farrell has insisted the DUP must “put people before party and people before the protocol” and form a government to address issues in the health service.

A delegation from trade union Unison presented findings of a survey to the Council's Health & Community committee which reported 69 per cent of health staff experienced burnout during the pandemic with 62 per cent feeling overwhelmed after long, intense shifts.

Cllr Farrell said: “The survey crystalises the strength and depth of feeling across health staff and the pressures they experience on a daily and nightly basis.

“NHS staff should be cherished and celebrated, but that's not the case. They're burnt out, they're exhausted. They're overworked, underpaid and undervalued.

“We've got spiralling waiting lists. We've got under-investment across all services. And we've got a complete failure to adequately staff the NHS. And that's an absolute scandal.

“From an SDLP perspective, we want to see an extra £1billion invested in the health service. We want to see a six per cent pay increase for nurses.