Intervention from Dutch Border Police saves the day for Catherine and her Yorkshire Terrier, Jessie, after a lack of knowledge on NI Pet Passport rights under the NI Protocol from ferry operator employees almost leaves them stranded at Hull. 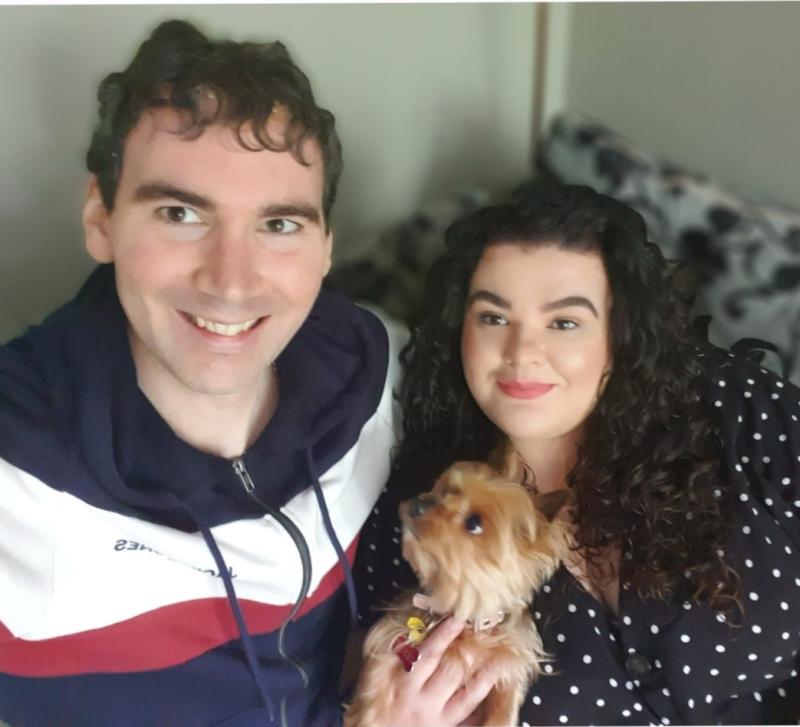 A Derry woman and her dog nearly missed their ferry crossing to Rotterdam due to bungling P&O staff who knew next to nothing about the NI Pet Passports and the Northern Ireland Protocol.

Catherine McCafferty, who spends six months in Derry and the other half of the year in The Netherlands, drove to the port of Hull in England to catch the boat to the Dutch city of Rotterdam.

Travelling with her was her fiancé, Tim Arts, and her nine-year-old Yorkshire Terrier dog, Jessie.

Since Brexit was in put in place at the turn of 2021, pet passports used by UK citizens require a number of documentation signed off by a qualified vet as well as vaccines for a dog or cat being up to date and including one for rabies as well – a procedure that can cost up to £250 per pet.

However, thanks to the Northern Ireland Protocol, residents in the North can use NI Pet Passports that qualify Ulster dogs and cats to the same travelling rights they had before Brexit.

As the guidelines from the Department for Agriculture, Environment and Rural Affairs (DAERA) clearly state on its own website: “Current pet travel within the EU [from Northern Ireland], including the Republic of Ireland, requires a pet passport and rabies vaccination. There is no change to these requirements”.

Catherine, Tim and Jessie have made several ferry journeys to and from The Netherlands since Brexit and have had no issue at all regarding their dog's NI Pet Passport – until Saturday, May 7, 2022 when they arrived at the P&O booth at the port of Hull.

“We've only ever travelled with our dog since Brexit,” says Catherine.

“Any other time that we've travelled, we have had no problems – it's just been on this one occasion.

“The girl at the booth she took a look at the (pet) passport and she asked us for more information. With a UK passport, you need information from the vet. But if you're from Northern Ireland, which is still part of the EU's freedom of movement, all you need is proof of vaccinations and a (pet) passport.

“So we explained this to her and then she said she wasn't sure and would have to hand it over to her supervisor.

“Her supervisor arrives and I don't think she even looked at the (pet) passport at all. She was saying the same information to us about a UK passport and that we need more information from the vet in order to be allowed on board.

“We explained a few times to them that the NI Pet Passport is regarded as part of the EU. The information about the Northern Ireland Protocol and what the holder of the pet passport is entitled to is on the back of the passport.”

Earlier this year, P&O infamously sacked a large number of their crew staff.

The National Union of Rail, Maritime & Transport Workers (RMT) trade union have since claimed that the trained, experienced staff had been replaced by agency seafarers said to be on as little as £1.80 per hour.

Catherine's attempted crossing was the first one she had booked since the cheaper labour was installed and she feels this may have had a role in the staff she came across not knowing anything about the NI Protocol and that the cross-travel rights that pet owners in the North of Ireland have greatly differ to pet owners who reside in Britain.

She added: “They didn't seem to be knowledgeable about the Protocol at all. We have travelled this route before and no problems.

“However, this was the first time we've done it since P&O laid off a large number of staff and we thought the new staff had not be trained regarding NI Pet Passports and the Protocol.

“Normally, there is staff there to check you in and direct you where to go. So we went to the booth and when we got there, the lady at the booth was annoyed at us for not checking-in.

“We were kept waiting around two hours in total. It was a hot day so we were in the car under the full sun with the dog.

“Thankfully, we were still able to make our ferry but only because I was quite adamant about speaking to the supervisor. They had just left us there in the car-park and no one had come out to speak to us.

“I went up twice to speak to them and see if I could get an update. It was only half-an-hour before check-in closed when I went a second time because I was afraid that we wouldn't be able to get on the boat.

“They spoke with the Border Police – twice. The first time they talked about a British Pet Passport which wasn't right as we had an NI one.

“The second time, we were able to speak with the Dutch Border Police who said our NI Pet Passport was fine and that there were no issues with us coming on board.

“Despite this, the P&O staff member still was knowledgeable about it at all. He sort of gave the impression that he was 'doing us a favour'. We were like, 'no – we know you're wrong'.

“There was no apology offered at all. He wasn't aggressive or rude with us – I would say he was just a bit arrogant by not listening to what we were trying to say.

“He just assumed from the very start that we were wrong. He even thought that Brexit was January of this year instead of the year before.

“When we arrived at Rotterdam – everything was perfect. We never have a problem on the Dutch side at all.

“We've reached out to P&O since then but have heard nothing back from them at all. Whether we receive an apology or not, I don't know it we'll travel with P&O again.”

The Derry News has approached P&O Ferries to comment on Catherine's experience and to also ask if the replacement staff that have been employed since the mass sacking of previous workers have been fully-trained on the rights that holders of NI Pet Passports have and the rules regarding the NI Protocol.

We also asked P&O Ferries if they would be willing to offer Catherine an apology for this administrative blunder that nearly ensured that she, Tim and their dog Jessie nearly missed their ferry to Rotterdam.

As we went to publication however, P&O Ferries had yet to respond.