"Our tourism industry is predicted to take a £160 million loss" 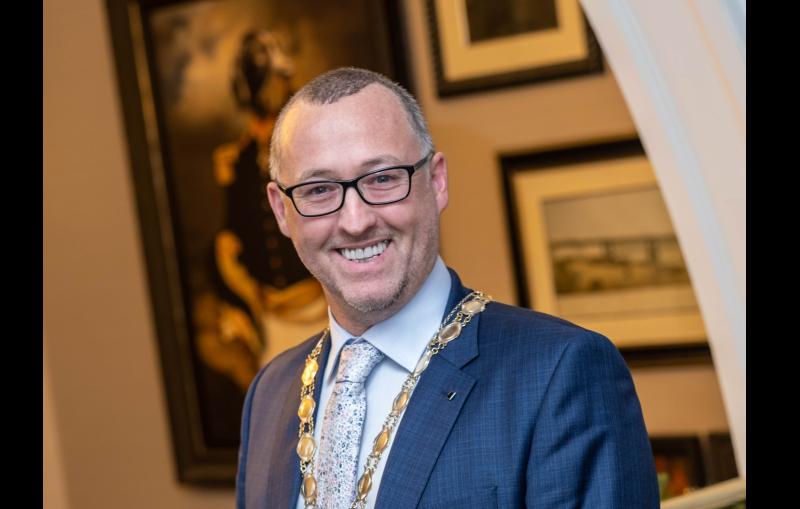 President of the Derry Chamber of Commerce, Aidan O'Kane, has warned that UK government proposals to require international travellers to apply for a permit to cross the Irish border will be detrimental to the tourism industry in Derry and across the North.

The new permits were announced last year as part of the Nationality and Borders Bill.

It would require non-British and non-Irish EU citizens to apply for pre-travel clearance.

Mr O'Kane feels this will lead to a significant drop in "spontaneous tourism" as The NI Affairs Committee was told most international visitors to Northern Ireland arrive via Dublin airport.

The new Electronic Travel Authorisation (ETA) will be required for those international tourists who want to travel onwards to Northern Ireland, even if it is just for a day trip.

The system would be similar to the declaration that international passengers have to fill in before travelling to the United States or Canada.

Mr O'Kane told Derry News that the new legislation has not been thought through and the permits will only negatively affect both tourists and residents, "Northern Ireland is not a priority for the UK Government when it comes to these types of decisions, that is the reality, " Mr O'Kane said.

"The symptoms of badly thought out legislation and law means that tourism and hospitality will be heavily affected, there is no doubt about it.

"Dublin is the magnet of international tourism and we have to acknowledge that, unless there are very specific reasons for tourists to come to Northern Ireland, such as booking deliberate troops, the vast majority of "accidental tourism" if you like would be a result of tourists flying into Dublin and touring the island.

"This new bill will make it more difficult to travel around the island when in reality we should be looking at ways to make it easier.

"We have to open up routes across the North and into the North. That is what we should be focusing on, not how to make it more difficult.

"The impulse tourists, who we welcome with open arms, are a vital part of our tourism market in Derry, specifically.

"People visit Donegal and decide to jump across and stay here in Derry, these proposals don't take that into account; they are not tailored for Derry or Northern Ireland.

"The reality for people in Derry is that people get on with their lives without acknowledging the border as a barrier; you shouldn't need extra paperwork to live your life, and that is the way it should be for tourists too.

"In my opinion, the motives for this are more aligned to Brexit and the hard line taken on borders and once again Northern Ireland is collateral damage.

"Northern Ireland needs a bespoke arrangement for things regarding Brexit and this is another reason.

"These decisions are being made and this is a significant barrier being created, no matter what the UK Government says.

"Hospitality and tourism took an absolute battering during the pandemic, they need ease of access for tourists as part of their COVID recovery."

Immigration Minister, Kevin Foster, said it would not be an "onerous" requirement.

He indicated to the MPs it would likely cost about £10, would be valid for more than a year and would cover multiple trips.

He also suggested the permit scheme would come into force in 2025.

"The reality is, if this is implemented, how will this be enforced?" continued Mr O'Kane.

"The UK Government has said that they don't have any plans for the permits to be enforced at the border.

"If they are acknowledging that they will not enforce the law, then there is an issue with the law. If it is a law that won't be enforced, then it is not a law.

"Our tourism industry is predicted to take a £160 million loss, that is the sort of hit we could take as a result of these permits.

"We all know that more paperwork would put you off visiting, it would any of us. People will just stay in the South and save themselves the hassle. We will not be as accessible and that will be detrimental.

"Take the politics out of it, we are geographically one piece of land; an island. We are marketed from an all island perspective and we need to embrace it. We need to grease the wheels and get people travelling all over the island.

Mr Foster said the permits are part of a wider UK effort to improve both border security and customer service for travellers.

The UK and Irish governments are currently exploring how non-Irish residents of Ireland could be exempted from needing the permit.

Mr O'Kane said that if the exemption is not made, residents will be negatively impacted in their day to day lives, "Many non-Irish residents work across the border here, not all of them are going to live in Derry.

"Many people live in Donegal and travel daily. They do not need this extra paperwork impacting them living their daily lives. That will in time badly affect our economy as well from a business perspective.

"Little things, such as suddenly residents will stop coming over for dinners in Derry and day trips. There are so many aspects to this that have just not been thought through.

"This shows how out of touch those that are making these types of decisions are with how life actually gets on in cross-border regions.

"There needs to be more consideration given to the unique position that Northern Ireland has within the UK and us being a geographical part of an island.

"Those two pieces are not joined together from a UK Government perspective."