The Youtube star has teamed up with Nerve Centre’s, Our Place in Space Project to try smash the record and raise money for charity 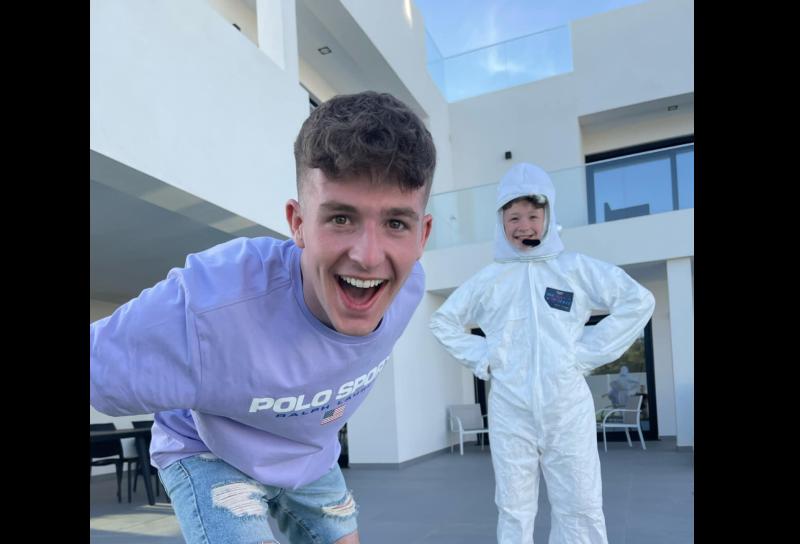 Derry Youtube star, Adam B, and Nerve Centre’s, Our Place in Space Project, are looking for volunteers to help him break a Guinness World Record, this Saturday April 23, at Derry's Bay Road Park.

Get your space suits at the ready as the Guinness World Record he hopes to break is for the most amount of people dressed as astronauts in one place.

The event also hopes to raise money for Foyle Hospice, the event's nominated charity, with collections on the day.

Foyle Hospice wrote: "Calling astronauts from one to 100 years old. Be a part of something out of this world.

"Not only is this a Guinness World Record attempt, but we are also delighted to be named the event's nominated charity and will have volunteers there on the day collecting to help support our essential services.

"Best of luck to everyone on Saturday and we hope you smash it."

A spokesperson for the event said: “This is your chance to be involved in a cosmic mission and become a world record breaker. The spacesuits worn must meet strict criteria as set out by Guinness World Records.

“Unfortunately, character costumes such as Buzz Lightyear cannot be counted in the official attempt. Buzz’s official title is space ranger - not astronaut."

For the costume checklist and further details on how to sign up for the event, see ourplaceinspace.earth/whats-on/astronomical-world-record-attempt

The current record for the most amount of people dressed as astronauts in one place is 257. Let's help Adam B, Nerve Centre and Foyle Hospice bring the record home to Derry.