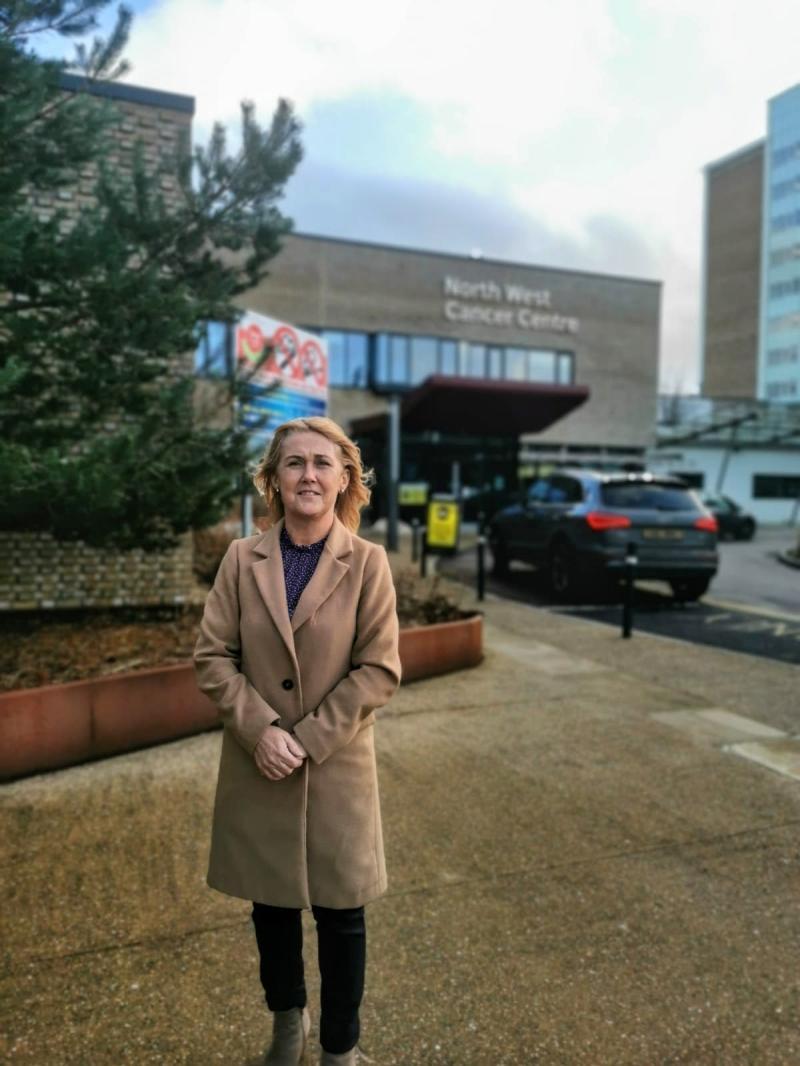 Sinn Féin’s Ciara Ferguson has said the party will prioritise health and invest an extra £1billion into the health service if it is returned to the Executive next May.

Ms Ferguson, who is standing in the Foyle seat in the forthcoming Assembly Election said that health must be Stormont's top spending priority over the next term of office.

As to how the injection of funds would be directed, she stated that the money would help tackle waiting lists, fund cancer and mental health services as well as employ more doctors and nurses.

Ms Ferguson said: “Sinn Féin will make health the Executive’s number one spending priority over the next three years.

“We will invest an extra £1 billion pounds to tackle waiting lists, recruit doctors and nurses, and fund cancer and mental health services.

“On day one after the election, Sinn Féin is ready to get back into the Executive to ensure this is delivered.

“Conor Murphy proposed a Budget that would invest an extra £1 billion pounds in the health service over the next three years.

“This money would help to tackle waiting lists, recruit more doctors and nurses and fund cancer and mental health services.

“From day one after this election, Sinn Féin will be ready to go back to the Executive and to work together to get on with the job of transforming our health service.”

Sinn Féin leader in the North, Michelle O'Neill, reiterated Ms Ferguson's pledges following a meeting with representatives from the Royal Colleges of Nurses.

She added: “Sinn Féin are listening to the voices of nursing. Strengthening our health service and supporting our health and social care workers is a priority for Sinn Féin.

“I have met with the Royal Colleges of Nurses and I met with domiciliary care workers who are working on the frontline in our hospitals and in the community.

“We recognise the huge pressure that they and the health service are under.

“That is why Sinn Féin will invest an extra £1 billion in the health service over the next three years to recruit more nurses and doctors and tackle waiting lists.

“Health and social care deserve safe staffing legislation, a workforce plan, and measures to stem the increasing numbers of nurses who are leaving the service.

“From day one after this election, we will be ready to go back to the Executive and work with others so that we are able to meet the health and social care needs of our citizens and our communities.”