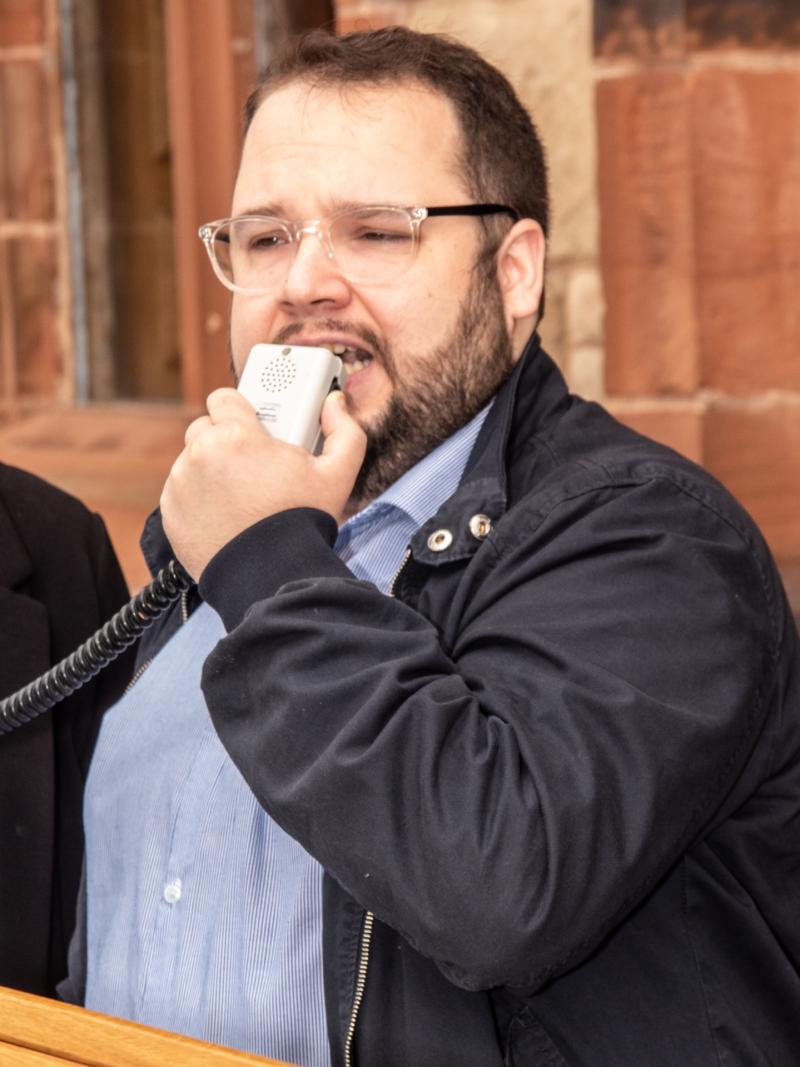 Cllr Emmet Doyle: "It would be fundamentally wrong for any of them to take a rise in view of the current cost of living crisis."

Aontú Councillor, Emmet Doyle, has challenged Foyle's MP and MLAs to ‘come clean’ on whether or not they will accept their pay-rises this year.

Cllr Doyle, who represents the Ballyarnett ward and will be standing in May's Assembly election, made his comments with news that Foyle's MP, Colum Eastwood of the SDLP, will – along with other Westminster MPs – received a rise £2200 while Foyle's MLAs – Mark H Durkan (SDLP), Sinéad McLaughlin (SDLP), Pádraig Delargy (Sinn Féin), Ciara Ferguson (Sinn Féin) and Gary Middleton (DUP – are due a rise of £500.

Both MPs and MLAs can reject their pay-rises with the latter having the option to return the pay increase to the public purse through a consolidated fund, or donate it to charity through a 'Give As You Earn' (GAYE) scheme.

However, Cllr Doyle insists that with many people in Derry struggling to make ends meet, the parties who represent Foyle in London and Belfast should clarify whether or not they will accept their pay-rises while constituents struggle to make a wage at all.

He said: “The people of this constituency are struggling with the rising cost of fuel and food.

“The Foyle MP is due a pay-rise of over two thousands pounds whilst each Foyle MLA is due a rise of £500.

“It would be fundamentally wrong for any of them to take a rise in view of the current cost of living crisis.

“I am challenging them all to come forward and tell people if they will stand with them or if they will do what they have been doing and seek to fudge leadership.

“They should turn down a rise that many people don’t even think they deserve and give it to a local charity helping people with their bills.

“I refused a rise in allowances at Council, it would have been unjustified and now those MLAs and the MP must do the same.

“When I challenged their parties at Council last week there was bemused silence, they must know they can’t continue to get away with that.”

In response, Foyle MLA Mark H Durkan of the SDLP, hit back calling into question Cllr Doyle's own commitment to his constituents.

He said: “If Cllr Doyle truly cared about supporting people dealing with rising food and fuel costs then he would have shown up and voted with SDLP councillors against a rise in the rates.

“Unfortunately he didn’t deem it important enough to show up to the council meeting dealing with the rates and an increase was passed in his absence.

“Myself and other SDLP representatives support a number of local charities and community groups both publicly and privately in a number of ways.

“I have donated pay-rises to charities and charitable causes in the past and will continue to support people where and how I can.

“Unlike Cllr Doyle, SDLP representatives show up to support people when it counts.”

Sinn Féin Foyle MLA, Ciara Ferguson, stated that both she and her party colleagues would not be accepting any pay-rises.

She added: “Sinn Féin is opposed to this pay increase for MLAs and we will not accept it.

“When this first arose, we made it clear that the additional money will be returned to the public purse by Sinn Féin MLAs, and we will continue to do that.”