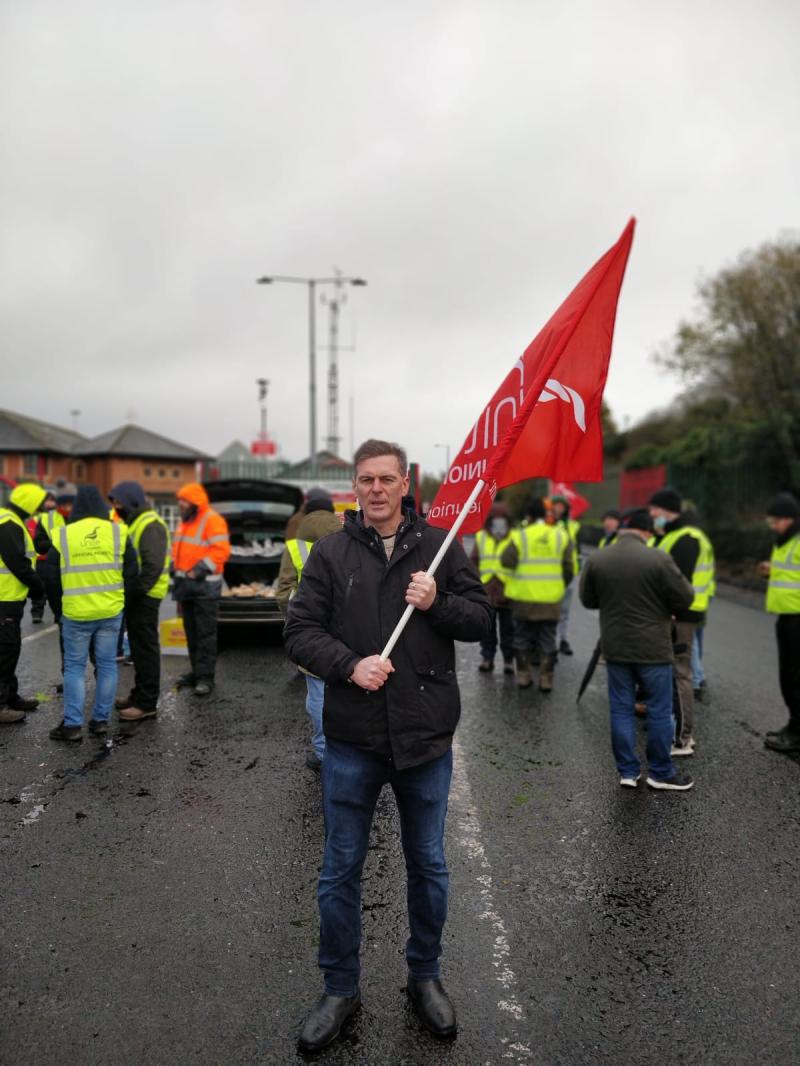 Cllr Shaun Harkin of People Before Profit on the picket line of the Derry dockers strike.

People Before Profit's Shaun Harkin has hit out at the Alliance Party and the Ulster Unionists for helping the DUP defeat a Trade Union Freedom Bill in Stormont.

The three parties joined forces to narrowly defeat People Before Profit MLA, Gerry Carroll's Bill that would have repealed much of former Prime Minister Margaret Thatcher's anti-Trade Union laws from the 1980s.

Despite support from Sinn Féin and the SDLP, the other three parties – coupled with the Greens abstaining – ensured that the Bill did not progress.

Cllr Harkin, who represents the Foyleside ward, said: “Workers rights supporters and trade unionists are dismayed that Alliance and the UUP joined forces with the DUP to narrowly vote down People Before Profit MLA Gerry Carroll's Trade Union Freedom Bill this week in Stormont.

“If legislated on, the bill would have extended trade union rights to help workers get organised, take action for pay rises and better treatment, and, to show solidarity.

“It's simply astonishing that any party voted against a bill that would strengthen workers rights at a time when so many are demanding real pay increases amidst a cost of living crisis.

“Many people have been shocked to discover these reactionary laws are still on the books even though they've been devolved to Stormont for decades. None of the Executive parties, including Sinn Féin and the SDLP, lifted a finger to remove them.

“It wasn't until the election of People Before Profit MLAs Eamonn McCann and Gerry Carroll to Stormont that undoing Thatcher's shackles and strengthening trade union rights was made a priority.

“Having socialist representatives in Stormont has put a spotlight on the way the entire Executive prioritises elites and the politically connected.

“The message from this vote is clear, we cannot expect justice from Stormont without doubling down on demands and campaigning.

“This vote shouldn't deter anyone from taking action now to address hardship and spiralling inequality. In fact, it underscores the need for people power action. People Before Profit will continue to make undoing these draconian Stormont rules a priority.”