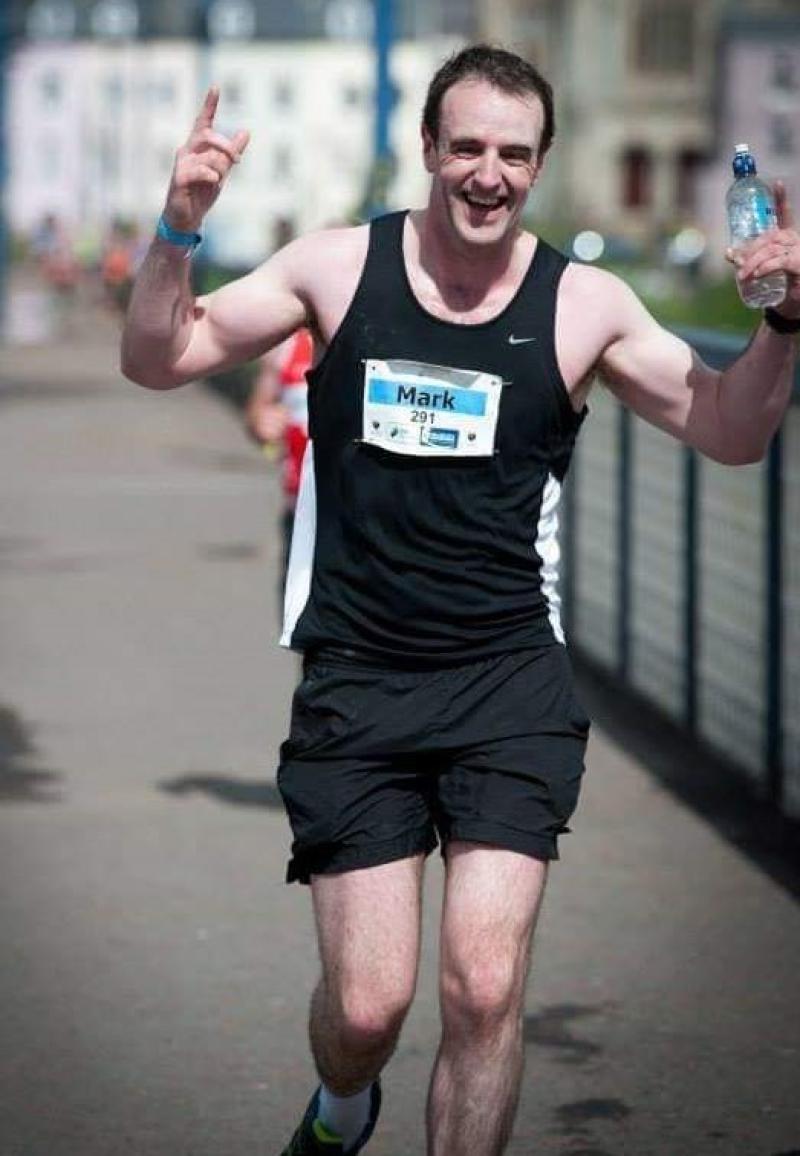 SDLP Foyle MLA, Mark H Durkan finishing the Walled City Marathon in 2015. Mark will be competing in the Belfast Marathon in May to raise money for ARC Fitness

SDLP Foyle MLA, Mark H Durkan, has swapped the Stormont Assembly for running shoes as he announced his entry for this year's Belfast marathon.

Mr Durkan has launched a GoFundMe campaign with a target of £1500 ahead of the May 1 run to raise funds for local addiction charity ARC (Addiction Recovery Coaching) Fitness.

The local service, which provides a wealth of support for individuals battling with addiction by improving mental and physical wellbeing through physical activity, counselling and education, has been a lifeline for many within the North West.

Mr Durkan said: “I’ve participated in three marathons before all based in Derry but it’s been seven years since my last one, so I’ve set myself the challenge to run the Belfast Marathon this year.

“After what has been an incredibly tough few years, I wanted to do something to give back to the community. Choosing a local charity was difficult as there are so many vital organisations within the city who do great work.

“I approached Gary Rutherford of ARC Fitness having taken part in a few of their events to date.

“Gary’s bravery in sharing his own battle with addiction, everything he has achieved and built in recent years has been hugely inspiring to myself and so many others.

“I joined Gary for a few miles last year as part of his mammoth ‘No Shame Campaign’ which pushed me to set my own fundraiser – although unlike Gary, I think I’ll pass on wearing the weighted vest.

“The past two years have weighed heavily on everyone, particularly for those battling with addiction. Recovery from addiction is like a long, hard run full of twists, turns and ups and downs.

“I hope any funds raised will help those brave individuals who have taken the first step on the long road to recovery by seeking help. I would be grateful for any donations which can be made via the GoFundMe page.”

Gary Rutherford of ARC Fitness added: “ARC is delighted that Mark has decided to undertake this physical challenge.

“It will not only support us financially, but also to help spread awareness of the negative impact substance abuse causes in our communities.

“Mark has been a keen supporter of our work and the ethos of hope and recovery that we promote. We wish him well in his training and then marathon event. Thank you from everyone in team ARC.”

Donations can be made at: https://www.gofundme.com/f/belfast-marathon-in-aid-of-arc-fitness