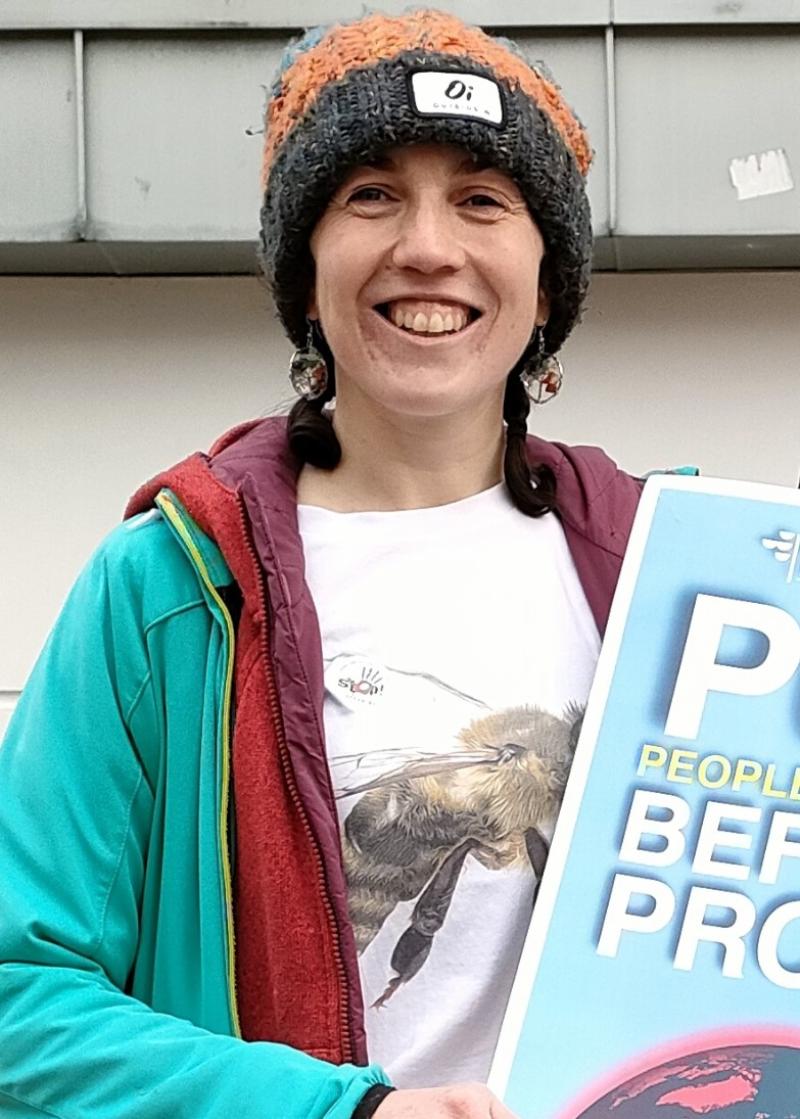 Cllr Maeve O'Neill: "Derry and the North West has decades of promised infrastructure upgrades from Stormont Ministers that never come to fruition"

People Before Profit Councillor, Maeve O'Neill, has accused the Minister of Infrastructure, Nichola Mallon, of “attempting to cram five years of promises into the final three months of a mandate”.

Cllr O'Neill, who represents The Moor ward, had welcomed the news that Ms Mallon had announced the completion of the Phase 3 feasibility study of an upgrade to the Derry-Coleraine railway line.

However, Cllr O'Neill claims this should have been done much sooner saying the timing of the announcement – two months before a Stormont election – was Ms Mallon banging the campaign drum for the SDLP ahead of the May poll.

She said: “On the back of massive people power climate actions, the demand for rail expansion has grown louder and more powerful right across the island.

“The political establishment is now under pressure and under the spotlight to actually deliver.

“We have made clear our disappointment at the criminal delay of the Phase 3 Derry-Coleraine rail upgrade. It was suppose to have been completed last year.

“Therefore, while we welcome Minister Mallon's announcement that yet another feasibility study has been completed, it doesn't equate with delivery.

“This is another example of a Stormont Minister attempting to cram five years of promises into the final three months of a mandate. It's just too little, too late.

“Derry and the North West has decades of promised infrastructure upgrades from Stormont Ministers that never come to fruition. It's not that long ago that they attempted to completely shutdown rail in Derry.

“Corporate gouging of Lough Neagh has been greenlighted. Toxic mining of the Sperrins has been moved forward. The 1967 Mineral licensing policy has not been updated. Third party right of people in planning has been blocked. No decisive action has been taken to clean-up Mobuoy dump on the outskirts of the city. There's a huge gulf between rhetoric and action.

“The reason why the SDLP and the political establishment can't follow through on climate emergency pledges is because they're tied to a system that puts profits for elites and corporations before people and planet.

“To see rail prioritised as the main form of public transport in Derry and across the island we need to build a real alternative based on people power action.”

However, a spokesperson for the Department for Infrastructure spokesperson rejected claims of timing good news to be announced ahead of an election and insisted that Minister Mallon had, from the day she was appointed to her current post, been “clear in her commitment to tackling regional imbalance and addressing historic neglect”.

They said: “As soon as the Minister came into post she restarted the halted rail projects in the North West. She made sure that the rail project in Derry was prioritised and worked alongside local people to ensure this feasibility study was completed as quickly as possible. 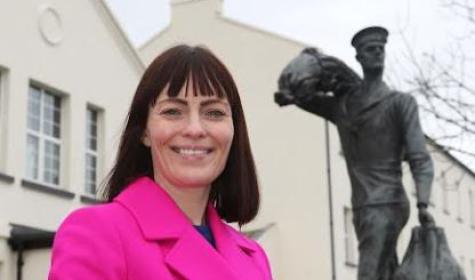 “Minister Mallon has also invested additional funding of £30million for the purchase of thirty-eight new zero emission battery electric buses for the Foyle Metro fleet which will allow Derry to have a fully zero-emission bus fleet when all the vehicles go into passenger service in 2023; making it one of the first cities across these islands to achieve this.

“The Minister is also focussed on investing in and improving our rail infrastructure and has invested over £66million in depot infrastructure and twenty-one new train carriages which will deliver extended trains providing passengers on some of our busiest routes with more capacity, space and comfort on their journeys.

“These investments will help to make public transport a more attractive option, moving people out of their private cars and helping to protect the environment. They will be put into service for the people of the North West.

“Minister Mallon is clear in her commitment to tackling regional imbalance and addressing historic neglect.

“In line with that commitment she is also working on an ambitious programme, led by the All-Island Strategic Rail Review, the first in over 100 years, in partnership with the Irish Government.

“This work will improve rail connectivity for communities and businesses across our island and Minister Mallon was clear that the high speed rail commitment in New Decade New Approach needed to be expanded beyond Belfast, Dublin and Cork to include Derry and Limerick.

“Cllr O’Neill has also raised a number of planning issues. Firstly it is important to point out that all planning decisions are taken in line with the appropriate policy and legislation.

“With regard to the extraction of sand and gravel from two limited areas of Lough Neagh the Department is satisfied that the special conservation importance of the Lough was both fully considered and protected.

“Indeed all issues raised by parties were considered at a public inquiry by the independent Planning Appeals Commission who recommended approval of the application.

“In relation to the Dalradian Gold Mine project it is also important to deal in facts. There has been no decision taken in regards to this application and Minister Mallon has referred it to an independent Public Inquiry. A formal request for a Public Inquiry before the Planning Appeals Commission was made on September 22 (2021).

“Department for Infrastructure officials are currently working on an options paper relating to the commencement of provisions under the 2011 Planning Act which provides for the review of mineral permissions and are continuing to work in collaboration with DAERA who are preparing an Integrated Remediation Strategy for the Mobuoy site.

“Minister Mallon has remained focused throughout the pandemic on taking action and investing in Derry and its people. While others talk, the Minister will continue to use every minute of this short mandate to deliver for local communities and our environment.”