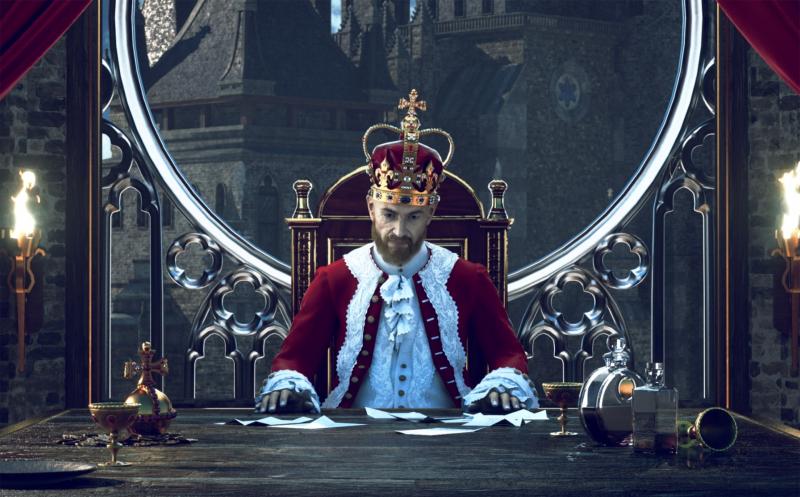 With just over a week to go until the Illuminate Festival, the final elements of this unique visual celebration are all coming together, as the creative team behind the concept go into overdrive to deliver something spectacular for Derry

Funded by Tourism Northern Ireland as part of its Embrace A Giant Spirit campaign, Illuminate will bring Derry to life with a series of enthralling outdoor experiences set to transform the city centre.

Visual Spectrum Studio, is the company tasked with capturing the story of Derry which will be cast over some of the city's most iconic landmarks for eight evenings over two weekends.

Their brief – capturing 1,000 years of history in a series of digitally rendered animations, enhanced by music and performance – is no mean feat for anyone, particularly in a City renowned for its outdoor cultural events.

In Illuminate, the past and present collide as the wonders of modern technology conjure up the characters and landmark moments of a millennium, to create a completely different visual experience for all ages.

Multi-media master Ryan Vail, Oisín O'Brien and the team have put an immense amount of thought into the production, and as the Festival fast approaches, they're looking forward to the final unveiling of their creation.

No stranger to the spotlight, Ryan is perhaps better known for his work as a composer and musician, and his evocative Borders album, produced in collaboration with Eoin O'Callaghan, scooped the 'Album Of The Year' title at the 2019 Northern Irish Music Awards.

lluminate has provided another opportunity to explore new creative ground and Ryan has been relishing the challenge, as he explained from their studio.

He said: “I feel like the last 10 years of touring various countries and festivals have offered a great insight into large scale events.

“Working in this environment feels very natural for me. I was always pushing the live show limits with my own shows – to be able to do it on this scale just feels amazing.

“I've always taken a very DIY approach to performance. I studied light programming, film techniques and directing over the years stemming from my own interest in these areas.

“The more I learned, the bigger my shows became. I feel the events industry is very much the same, our team is extremely knowledgeable in all areas so our output tends to be of a very high standard.

“For us, it was also a chance to tell the story of this City in the most interesting way possible.

“We have so many amazing stories from the past, this was our chance to use our skills to bring them to life through animation and a format that everyone can enjoy.”

Animating a historic building is not without its challenges, and the Visual Spectrum Studios team have used a variety of techniques to bring the locations to life. They have also drawn on a number of historic sources to help capture snapshots of Derry's most significant events.

Ryan added: “We started with the various amazing museums in this City. For early settlement history, the Guildhall and the Tower museum were the go-to archives. For the Siege and the Ulster Plantation, we visited the Siege Museum and St Columb's Cathedral.

“When we moved on to looking at the era of the Troubles we visited the Free Derry Museum. Working alongside the Council we had access to a rich archive of resources and we were also able to capture some of our most recent events and look ahead to the ambitious plans for the future.

“The biggest technical challenge for us is definitely the Guildhall show, which is a full scale mapped projection show. To do this we had the whole building 3D scanned.

“We created multiple layers within the scan so that we can animate every detail of the building.

“This is something that's never been done here before. For us to debut a show of this calibre here is very exciting – especially as it's a first for Derry and Strabane.”

The digital displays are complemented by specially composed pieces of music and live performance. A series of music gigs will also take place across a range of venues, an opportunity to enjoy some intimate performances by an array of popular artists. Among the exciting music acts being brought by Music Capital are Kila, Neil Cowley, the Henry Girls and Aoife Scott. They will be joined some of our finest local performers including Glenn Rossborough, Roe and John Deery and the The Heads, Comrade Hat, Clodagh May Music, Kate O'Callaghan, Ciaran Lavery, Maria Kelly and Basork in what promises to be a fabulous musical showcase.

To find out more about the full programme go to: www.illuminatederry.com

Tickets for the intimate music experiences are currently on sale and are expected to sell out fast as numbers are restricted – for more details on the gigs and how to book tickets visit: www.musiccapital.org