The Foyleside Shopping Centre was evacuated following reports of a bomb scare that Police have since confirmed had been a hoax.

Foyleside was evacuated after police received reports of a bomb in the building. The Police have since declared the scare to be a hoax and that the security alert was now over.

Chief Inspector Clive Beatty of the PSNI said: “This alert has resulted in unnecessary fear and disruption to the community and I would like to thank the public and business community for their co-operation and patience as we worked quickly to ensure the centre was safe to reopen.

“At a time when local businesses and services are trying desperately to get back on track, this type of incident only causes further harm to livelihoods.

“I would encourage anyone with information about this hoax to come forward and speak with our detectives.”

“The police have confirmed that the centre is safe and has now been allowed to reopen in full.

“All stores are now open and operating as normal. We would like to apologise for any inconvenience these events have caused anyone today.”

Cllr Tierney, meanwhile, said the incident caused serious disruption in Derry and stated that it was “another kick in the teeth” for people working in shops with the Centre.

He said: “As a result of this security alert all shoppers and staff had to be evacuated from Foyleside Shopping Centre on Tuesday afternoon.

“Members of the public just going about their day and people trying to earn a living were forced out of the centre as businesses were forced to close their doors. 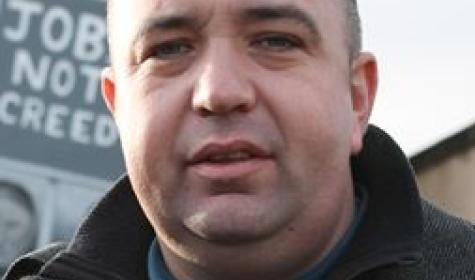 Cllr Brian Tierney: “These incidents achieve nothing other than causing disruption to our communities.”

“Our businesses have been through a hard-enough time over the past few years without being forced to close as a result of a bomb threat.

“While this alert is ongoing these businesses will be losing out on much-needed revenue and it’s another kick in the teeth for people who are trying to keep their heads above water and provide services to people here.

“This is the last thing we want to see in our city, this is the second security alert today, following one in the Hawkin Street area on Tuesday morning.

“These incidents achieve nothing other than causing disruption to our communities and I would urge those behind them to cease this type of senseless activity at once.

“I’d encourage anyone with any information about either alert to come forward to police as soon as possible.”

He said: “The bomb threat at Foyleside Shopping Centre is the latest in a spate of threats which have been issued across the city in recent weeks.

“This is a worrying trend and the incident has no doubt been very frightening for all staff and customers involved.

“These attempts to intimidate and cause disruption are utterly despicable, no one wants to be dragged back to the dark days of our past. This type of behaviour achieves nothing.”

“This is a busy Tuesday afternoon and people have been evacuated from their work and shoppers disrupted.”

The DUP MLA for Foyle, Gary Middleton posted on Twitter: “The security alert has now ended. Thankfully nothing has been found. Shame on whoever was behind this threat, causing unnecessary disruption and fear.”