Award-winning Derry playwright to leave stage for the last time 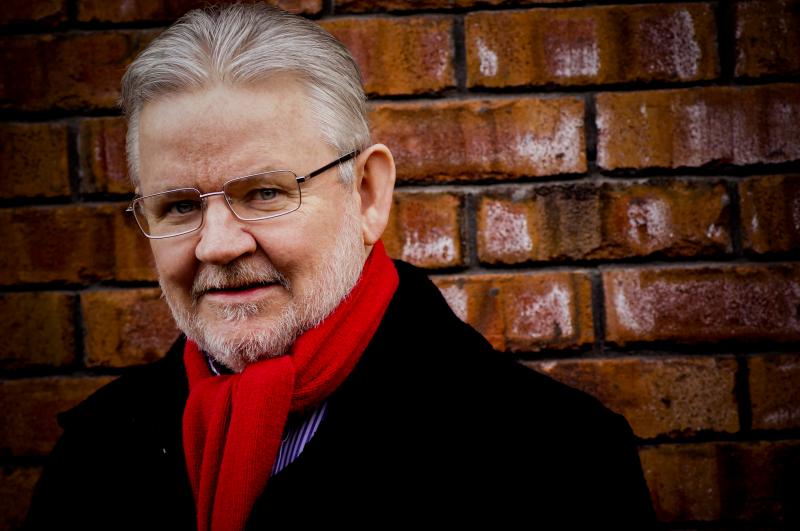 Award-winning Derry playwright Brian Foster has announced he is to retire later this year.

The decision by the 69-year-old follows the cancellation of his upcoming show, When the Creggan Heights Spinster Met the Buncrana Stud,' due to be staged at the Millennium Forum next month.

Mr Foster said he was 'totally heartbroken' to have to call the show off.

He said: “Both my small cast and myself have been hit unbelievably hard with Covid over the past number of weeks.

“Immediately prior to rehearsals starting I lost two of the five members of my cast, including my lead lady, to 'Long Covid' and had to quickly re-cast their roles.

“Last week, a cast member went down with Covid. This week I’m down with the accursed virus. And it isn’t a light touch it has dealt me, it has hit me like the proverbial sledgehammer, putting me in bed for days.

“My wife, Majella, is also currently down with Covid. Luckily, she’s had it before and is showing no symptoms. As I have an existing heart condition, this has driven home to me the importance of putting family first.

“So, I’ve decided that, as I approach 70 this July, this is the correct time to announce my retirement from local theatre.”

Those who have purchased tickets will be fully reimbursed.

Meanwhile, Mr Foster's award-winning play 'Myra's Story,' to take place in the Forum in September will be his last before he leaves the stage.

He added: “Then, that’s it I’m afraid. No more Brian Foster productions in Derry. There comes a time in your life when you need to hone in on your priorities. And for me, that time has arrived.

“In 2001 I was both lucky and privileged to be the first local Derry writer to have a production, Maire A Woman of Derry, staged in our then brand spanking new Millennium Forum theatre.

“Since then, I’ve staged many productions there and, together with my great casts and loyal audiences, have experienced some wonderful nights up on that big stage with plays such as Maire A Woman Of Derry, The Butterfly of Killybegs, A Miracle in Donegal, When The Carndonagh Stud Met The Bogside Spinster, From the Camp to Creggan, Myra’s Story, and others.

“My aim always was to write plays that ordinary Derry people could relate to. To bring a smile to their faces, a laugh to their bellies, a tear to their eyes. In short, to give them a guaranteed terrific night out at a Brian Foster production.

“But everything comes to an end. And it’s time now for me to bring down the curtain on my career locally.”

He added: “So, from the bottom of my heart, can I thank all the tens of thousands of theatre goers who have attended my plays down the years. You have been truly magnificent.

“Can I also thank the many talented local actors I’ve had the pleasure and honour of working with down the years, giving a number of them their first ‘big stage’ acting break. You, too, have been truly magnificent. Can I thank Millennium Forum chief executive David McLaughlin and all his brilliant staff for warmly welcoming me and my plays into Derry’s most illustrious venue, a venue I will always hold dear.

“Finally, can I thank my family and lovely wife Majella for putting up with grumpy old me and supporting me in my theatrical endeavours over the past 25 years.”

He concluded: “It’s been a blast folks. But that’s it. Goodnight and safe journey home.”