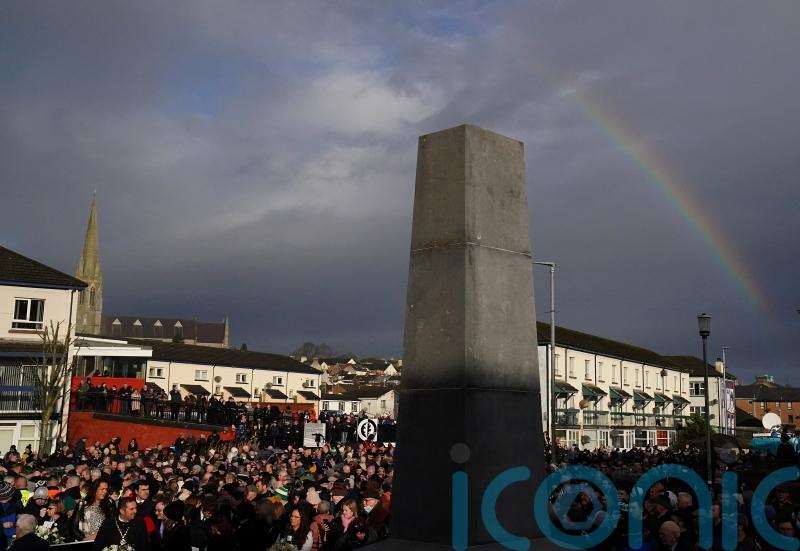 President Michael D Higgins has led tributes to the men who were killed on Bloody Sunday.

Mr Higgins said the victims continue to be honoured through commitment to the rights that “were won at such great cost”.

Thirteen civil rights protesters were shot dead by British soldiers on January 30 1972 in the city. 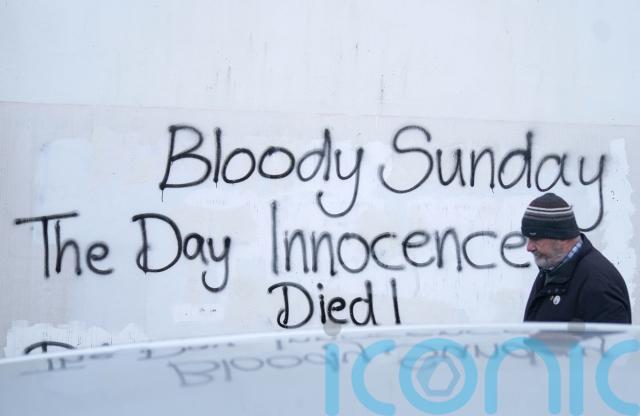 While many consider him the 14th victim of Bloody Sunday, his death was formally attributed to an inoperable brain tumour.

In a virtual address on Sunday, Mr Higgins paid tribute to the victims of Bloody Sunday and all those who lost their lives throughout the Troubles.

He also paid tribute to the people of Derry and their long campaign for justice.

Mr Higgins said: “The 30th of January 1972 will live on in our collective memory, as will your efforts of vindication of the truth.

“We honour the morality of that memory today. We honour the men who died. And we continue to honour them into the future by our continued commitment to the rights that were won at such great cost.

“We do so best by protecting these rights won, and sustaining the principled and inclusive peace that we have built together.

“Let us all celebrate that, in transcending all the darkness and the wrongs, the exclusions, today Derry stands as a beacon of hope and justice, of battling and succeeding against the odds, a peace and a people with an inclusive achievement of dignified and respectful ethical remembering.

“That is your legacy and the legacy of those who lost their lives on that day, Bloody Sunday, and on subsequent days.

“It is a contribution to be sustained and extended.”

Mr Higgins made the comments during one of the events to mark the 50th anniversary of the atrocity.

The names of all the victims was read out by actor Adrian Dunbar at the Beyond the Silence event held at the Millennium Forum in Derry.

A choir sang Danny Boy while images of the 1972 march and subsequent justice campaigns, as well as the Saville inquiry ruling, were displayed in the background. 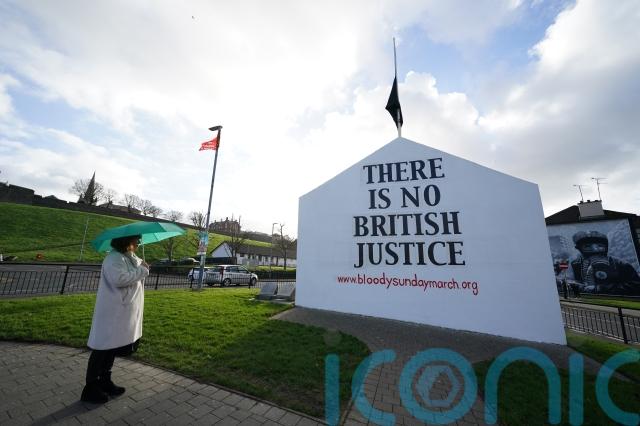 Families of those killed on Bloody Sunday held pictures of their loved ones at the front of the stage.

Mr Dunbar said the “emotion is palpable” across the city.

The Line Of Duty actor added: “Bloody Sunday was one of the darkest days since the foundation of Northern Ireland.

“A hammer blow from a callous and cruel Government, designed to squeeze the sense of freedom out of the people of Derry and choke the struggle for civil rights for all, regardless of political view or persuasion.

“Thirteen innocent men and boys from this great city lay dead on cold ground on the Bogside.

“The city were stunned into silence. Lies and propaganda spread throughout the world that the dead were not innocent at all. And that what the cameras showed and what the people said was somehow a figment of their imagination, a trick of the light.

“The Bloody Sunday massacre was made worse by the travesty and the so-called rule of law.

“Lord Chief Justice Widgery, the highest judicial figure in England, confirmed the lies and closed the book, or so he thought.

“So they all thought.

“The cause of truth and justice for our innocent dead shone brightly in our hearts and minds of those left behind.

“The perpetrators and excuses of this gross act of state violence didn’t reckon on the Bloody Sunday families, who rose above the silence 20 years later to form the Bloody Sunday justice campaign. One of the most daring and successful human rights campaigns ever fought.”

He concluded by reading Seamus Heaney’s poem Road To Derry.

“It’s always nice to come home, especially on a day like today,” he said.

“I have performed this song on many occasions and I cannot think of a more fitting occasion to sing this song than right here, right now. This really is the town I love so well.”

Playing on his white Roland Digital Grand piano, he sang an emotional rendition of The Town I Loved So Well.