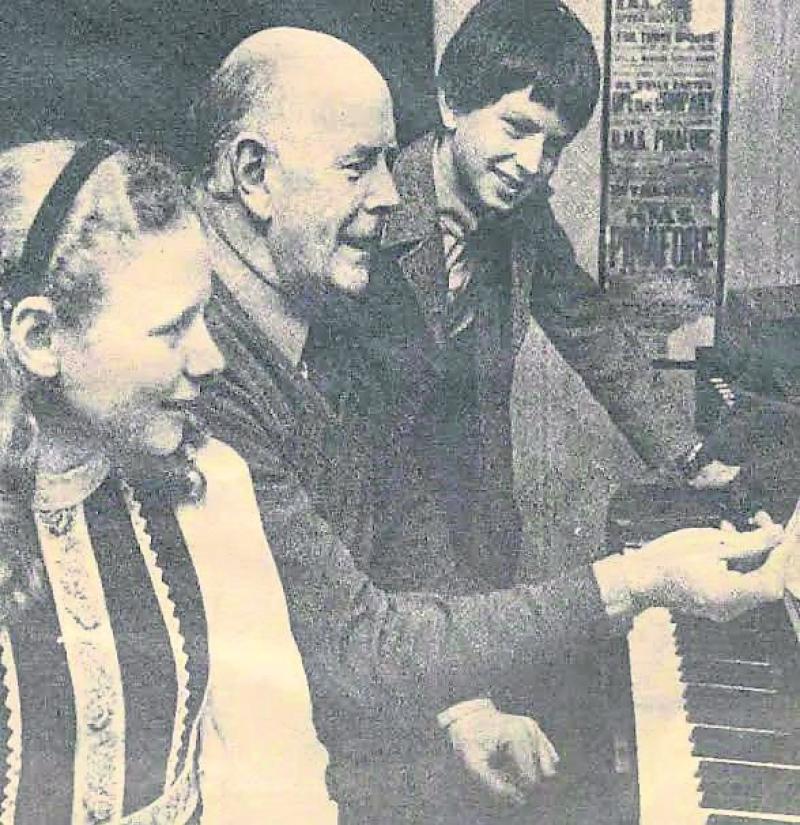 The late James pictured with two pupils in his house in Francis Street circa 1982.

The dulcet tones of aspiring young singers from the MacCafferty School of Music can be heard in the corridors of the Millennium Forum 27 years after the passing of founder, James MacCafferty, as preparations for this year’s centenary Feis Doire Cholmcille continue.

The youngsters practice in the knowledge that the man who started it all more than 70 years ago is soon to be honoured with the erection of a prestigious Blue Plaque outside what was the family home at 25 Francis Street.

It will honour the late internationally-renowned piano and singing teacher. James MacCafferty was synonymous with music in the city dating back to the mid-1950s.

He was heavily involved over the years with local schools and choirs in preparing for the Feis.

He was also the musical director of the famed ‘Little Gaelic Singers’ who toured throughout Ireland, Britain and the US in the early 1960s.

The late music tutor started working with pupils around the piano in his Francis Street home in the mid-1950s and became so popular that he soon had to find larger venues to facilitate his increasing class numbers.

Today, his legacy is carried on by daughter and music teacher, Una O’Somachain, aided by her husband, Ciarán, at their De Burgh Terrace home and also at the Millennium Forum where they facilitate classes for all ages.

Delighted to hear her father will soon be honoured, a proud Una described it as a labour of love to continue what James started all those years ago.

‘My dad was well-known throughout the city and further afield for his musical guidance.

“He was great with children and adults alike. It’s said there was hardly a singer in Derry at the time who did not spend some time in the music room in our house getting the benefit of his advice and guidance.

“Indeed, many’s a singer thanked him for their moment of glory at the local Feis Doire Cholmcille as a result of his tutorship.

“It was always said one of his many talents was being able to match a singer to a song,”added Una.

James MacCafferty will be in good company when he joins the Blue Plaque fraternity.

He was an admirer of Dorothy Parke, an awardee, whose songs are frequently included in the Feis Doire syllabus.

He also had close associations with others such as the late Redmond Friel who penned several musical arrangements for the Little Gaelic Singers. 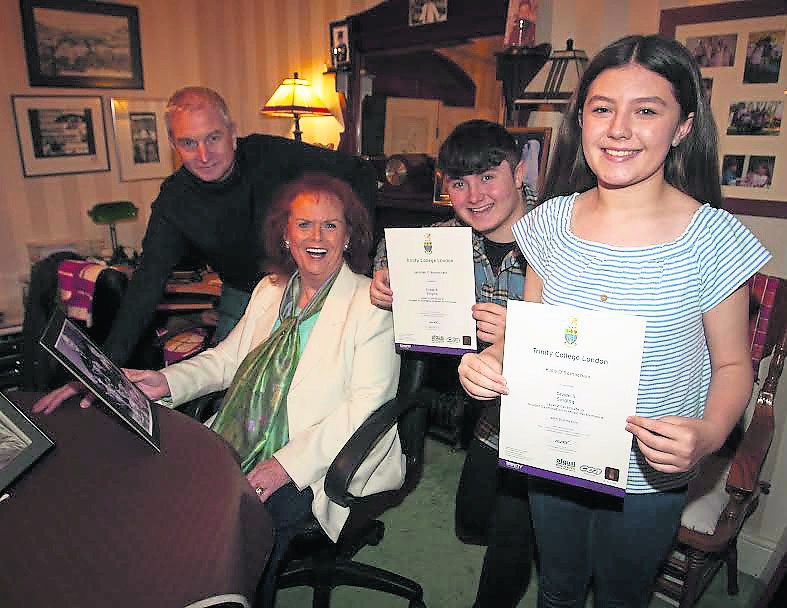 Una, herself, qualified as a music teacher and gradually became involved helping her father with his classes and on some occasions, even deputising for him.

“It was a natural progression. I saw that some of our pupils were interested in completing singing examinations as well as rehearsing for Feiseanna and I undertook looking after this aspect of the School.

“Some of the senior pupils, who completed their Trinity College singing examinations were recently presented with their Trinity Certificates by the wonderful Derry soprano, Ann Marie Hickey, who is a former pupil of James and myself.

"We hope he would be proud of what the MacCafferty School of Music has achieved since his passing and also proud of how his legacy has lived on."

Noting the fact that this is also the 100th year of the Derry Feis, Una added: “The placing of a Blue Plaque outside our old homestead in Francis Street will be a fitting testament to who he was, what he gave to the city.”

Una concluded: I’m delighted it’s happening in this the centenary year of Feis Doire Cholmcille, which he was so involved in for many decades.”

It is understood the Blue Plaque will be unveiled over the coming weeks by the Ulster History Circle.