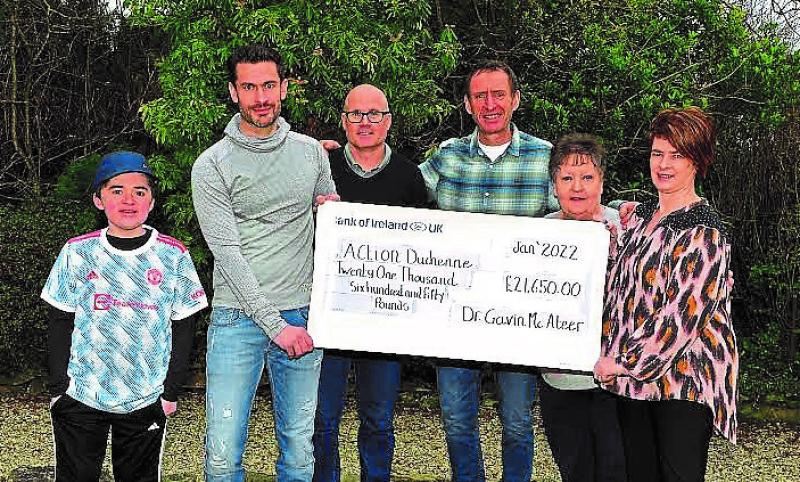 A Derry doctor who ran the length of Ireland in five days has handed over £21,000 to the Duchenne Muscular Dystrophy charity.

Duchenne Muscular Dystrophy is a life-limiting condition which affects mainly boys – at present, there is no cure.

Dr Gavin McAteer ran from Mizen Head to Malin Head to raise much-needed funds for the charity and handed over a total of £21,650 at the weekend.

Dr McAteer came up with the idea of running the 350-plus mile route after meeting the parents of a young Derry boy diagnosed with the condition.

Kevin and Deborah O'Doherty began fundraising since their son, Niall, was diagnosed 14 years ago and say they will continue until a cure is found.

Deborah said: “My husband Kevin started running marathons and I raised the money, we have done many charity events over the last 14 years including me having my hair all shaved off.

“Kevin met Gavin a few years ago when he was running and when Gavin came up with the idea of doing Mizen to Malin last year in just five days, I was totally blown away by the idea – I told him he was 'mad ' but, to be honest, I had ever faith in him. 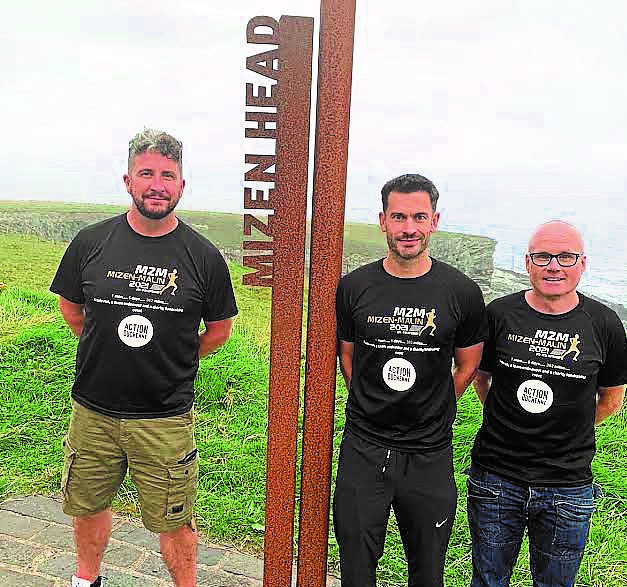 Dr Gavin McAteer with Paddy Doherty and Ronan McLaughlin who accompanied him on his Mizen Head to Malin Head run.

"The months leading up to Gavin's run was exciting - I'm always at my best when I'm in the middle of fundraising, at least, I know I'm doing something that could get closer to finding that cure for Niall.

“We were in Foyleside Shopping Centre selling tee-shirts and the directors for Action Duchenne, who are based in London, came over for the event - it was just amazing.”

One of the highlight of Dr Gavin's run was when, on his way to Malin Head, he stopped off briefly in Derry to chat with the large number of supporters who had come out to cheer him on.

Deborah added: “I was so excited and so emotional the day Gavin came into the Guildhall for a quick stop to meet the Mayor. The scene of him running down Shipquay Street is one I will never forget.

“Gavin then had to run to Malin Head that day, a day I will never forget for a long time, especially when you realise what someone has actually done for your son and all those boys affected by this heartbreaking condition. 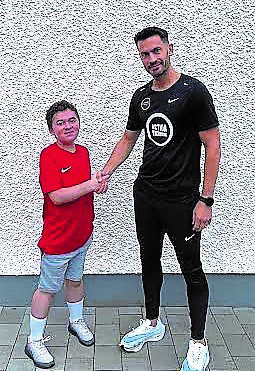 “We would just like to thank Gavin for what he has done for us - it means the absolute world.

"We also would like Paddy Doherty who cycled the whole journey alongside Gavin and Ronan McLaughlin who drove the camper van, made all the meals and mapped out the routes every day.”

Deborah concluded: “We would also like to thank Domonio Pizzas, Paul's Butchers and McDaid's Bakery  for supplying beautiful food and also to Brian McFadden for the music In the Guildhall Square - without you all this couldn't happen - especially you, Gavin, this money will go along way into research for Duchenne.”