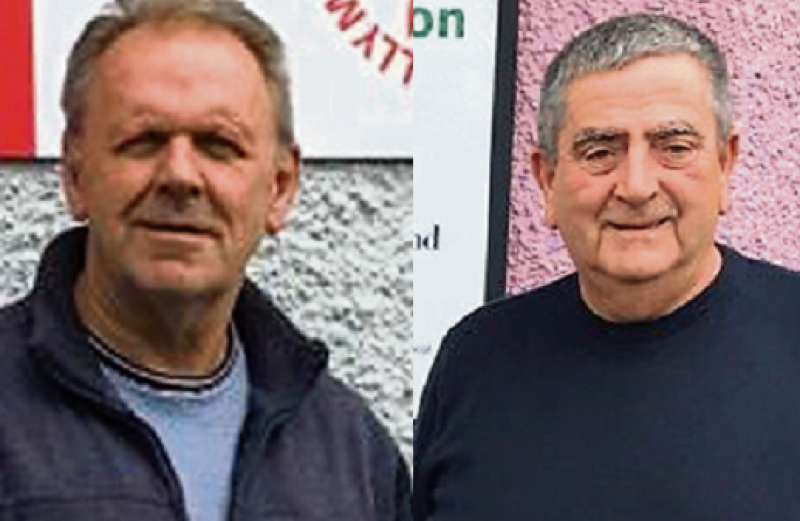 Formed in 1971, the housing body is part of the fabric of the city and Billy Page from Ballymagroarty and Hazelbank Community Partnership and Peter McDonald from Leafair, share their memories on special videos hosted by the Housing Executive on their social media channels.

A former councillor on Derry City Council, he has a close working relationship with Housing Executive staff in the city and has helped to set up programmes for the whole community.

He said: “I first moved into the Ballymagroarty area in 1987 and that was initially to a town flat. I got married in 1988 and was a tenant for nearly 30 years.

“I am one of the advocates for the Housing Executive and have been for some time. Not only were they supportive of me, the managers were very hands on within Ballymagroarty.

“That was a good thing for the Housing Executive as it showed their willingness to help on the ground.”
Billy has been working with the community partnership for over a decade and spoke about the months when Covid hit.

“It has been very stressful for everybody. We were busy delivering food parcels and there has been a rise in mental health issues.

“Prior to the lockdown we did a door-to-door exercise to identify vulnerable people who were on their own.

“The need was massive during Covid, especially for food parcels and help with heating, and there was funding with Supporting Communitie s to help with this.”

Billy sits on a multi-agency support programme for the area and discusses a wide range of community issues.

He added: “I have always had a close working relationship with the Housing Executive and the organisation has become very community focused.

“It has come on a long way from people looking for houses and it is now also about community gardens and other projects.

“The Housing Executive is never very far away and are always happy to come along and help.”

Across the city in the Galliagh area, Peter McDonald, manager of Leafair Community Association, has also built up an excellent rapport with local Housing Executive staff over the past twenty seven years.

Peter has worked extensively with the Housing Executive to help create the hub for Leafair Community Association from old garages.

He said: “It all began in garages that belonged to the Housing Executive that were built in the 1970s.

“The idea was for people to park their cars but people back then couldn’t afford cars, so they were used as a depot for the Housing Executive maintenance team.

“They were used for a while and then lay unused. A refurbishment scheme came into the area and people had to be moved out of their homes and this was used as storage for people’s furniture.
Peter then asked Seamus Kelly, the then Housing Executive manager, to lease the garages as a community base and the group moved in around 1996.

“There were two shutters at the front and a light and I went back to Seamus and the running joke is that I asked for lighting and the Housing Executive came out with an electrician to fit a couple of lights and the whole place ended up getting rewired.

“That was really the beginning of the association, and to this day we have a great working relationship with the Housing Executive,” he added.

Peter works closely with tenants and is always on hand with his team to help sort any problems - the group has also grown so much their building was recently extended, with an adjoining 3G pitch, a well-being centre, a play-park and allotments.

“We cater for the whole community with a number of programmes for both the youth and elderly in the area,” he said.

He added: “Now we have fourteen paid staff here - we created employment in an area that had high deprivation and we’ve got three social enterprises.

“We bring in young people to work on projects and we have fifteen posters at the pitches of local sporting people who have achieved great things.

“When I moved here it was one of the roughest areas. I have been here a long time and we have a settled community here now, and so many people have gone and bought their houses,” he added.

Short videos of Billy and Peter can be seen on the Housing Executive’s website www.nihe.gov.uk and its social media platforms.