Science Festival to return to Derry with a (big) bang 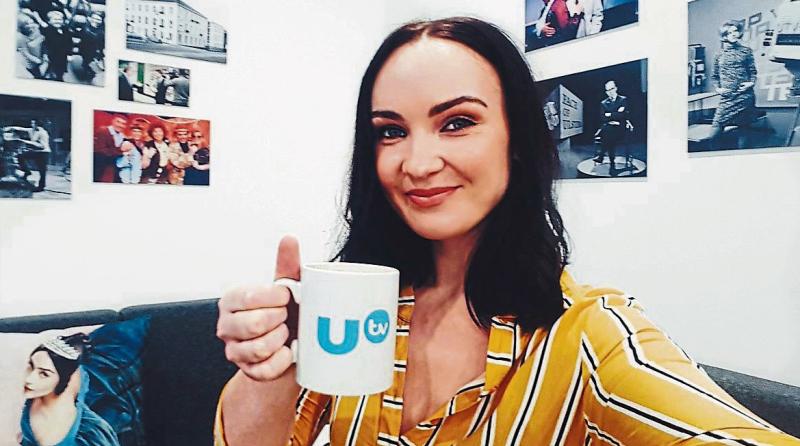 From the study of Fartology to the hidden science behind Derry Girls, discover how you, the universe and everything in between behaves when the NI Science Festival returns to Derry next month with a special programme of events.

The STEM celebration, which has grown to become the largest of its kind on the island of Ireland, will return for a packed 10 days of discovery from Thursday 17 –  Sunday 27 February.

Covering everything from the natural world, our planet, and the vast expanse of space to engineering, the mind and body, food and much more, the festival presents some of the most prominent scientific minds, thought- leading academics, and captivating authors.

Alderman Graham Warke, Mayor of Derry City and Strabane District  Council, said the festival was a 'brilliant way' for young people, parents and schools to learn more about science in an engaging, interactive and fun environment.

He added: “ The varied and comprehensive programme has something for everyone so I would encourage people to access it and get involved. I am looking forward to welcoming celebrated individuals from the world of science to the city for the event and I hope the programme inspires a new generation of scientists from our council area.”

Anchoring the festival on its opening weekend will be the return of its Sustainability Fair which will be hosted in The Playhouse. Join a range of local, national and international organisations who will be demonstrating practical ways to meet the challenge of climate change and make a real difference for the future of the plane.

Ever wondered about the science that underpins your favourite small screen binges? Then Small Screen Science, a science-comedy podcast created by STEM communicators  Emma  Brisdion  and  Karen Collins, is the podcast you need to listen to.

In a special event focusing on  the hit show Derry Girls, Karen and Emma will be joined by local comedian Diona Doherty to explore the hidden science behind the comedy series .

For  younger audiences, the festival will host the most outrageous science show in the world, Fartology with  Gastronaut.  Hosted by  Gastronaut  Stefan Gates, embark on an unforgettable, explosive edible adventure exploring the bizarre science behind our food.

In her first-ever home town show, Emer Maguire, fresh from a jam-packed performance at the Ulster Hall, brings  In Her Ele- ment to The Alley Theatre. 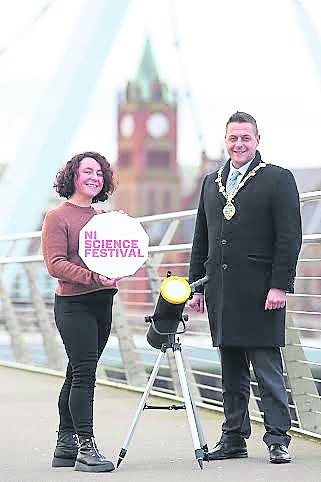 In Gas Man – Observastions of an Anaesthetist, host Leona O'Neill is joined by Derry-born consultant anaesthesiologist Colin Black to discuss his journey from accidental medical student to HSE and NHS trainee and, finally, consultant paediatric Anaesthetist at the largest children’s hospital in Ireland.

On the theme of health, North West Cancer Centre will also host a Radiotherapy Open Day, inviting members of the public nd students with an interest in science and healthcare to visit the department and learn more about the facility and treatments on offer.

A Grief and Trauma Panel Discussion, chaired by Chérie Armour, Professor of Psychological Trauma and Mental Health, and Dr Paul Best from Queen’s University Belfast, looks at how three remarkable individuals – local 'Iron Man' hero Danny Quigley, who lost his father to suicide; Bronagh Burke who lost both her father and husband to sudden death; and Geraldine Mullen who tragically lost her husband and two children in a car accident –  have navigated through their grief and trauma and how they've dedicated their lives and the memory of their loved ones to helping others.

In her first-ever hometown show, Emer Maguire, fresh from a jam-packed performance at the Ulster Hall, brings In Her Element to The Alley Theatre.

Cycles of Nature , a two-hour walking tour led by Far and Wild Adventure Company, in association with Indigenous Ireland, will explain the cyclical natural patterns that influ- ence geo-physical terrain of the historic Walled City.