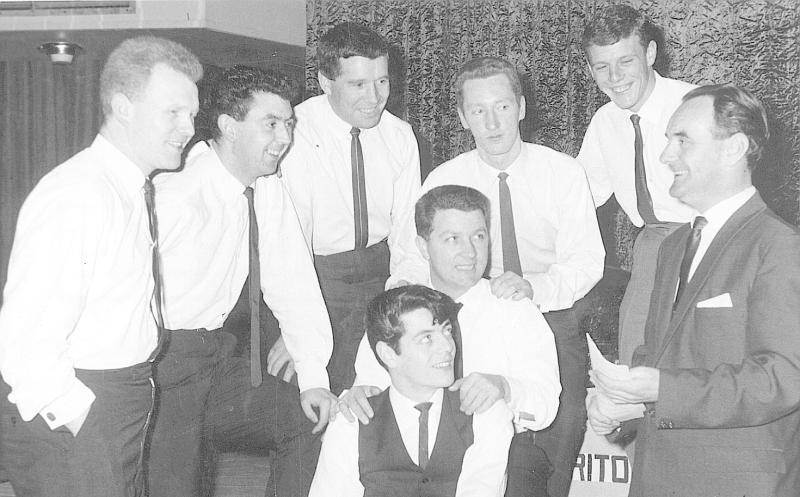 Gerry O'Neill's band, The Kingston All stars, formed in Derry in the sixties, was the starting block for many Derry musician's careers.

Some have paid tribute to Gerry and thanked him for his contribution to their music careers.

Gerry O’Neill, a successful musician originally from Derry, who emigrated to Canada in 1974, sadly passed away on January 8.

Gerry grew up on Ivy Terrace before moving to the Creggan area of the city.

Gus Kelly, a Derry native who now resides in England and former member of The Kingston All Stars, said: "I owe Gerry a great deal, because if he hadn't taken me under his wing, I may never have played professionally, he said.

"The first band, "The Kingston All Stars" was run by Gerry, and it was he who recruited me into my first pro band. I found him an extremely nice guy and so easy to get on with.

"I was playing with him when he worked at Derry Vision in The Diamond, and in 1961 he sold me my guitar (Hofner) and my amp (Vox AC 30) which incidentally I still have. When I came to England, I continued in the music game.

"I always think of Gerry when I look at them both. They will always stand as a reminder of a great musician, friend and most of all, a good human being.

"I was saddened to read about the death of Gerry. I played in the same bands with him in the early sixites, until I left for England in 1966.

"In the photo of The Kingston All Stars. I am  the only remaining member left. Gerry will always be remembered and sadly missed, as one of Derry's leading and loved musicians."

Derry musician, Majella Brady, who was voted Ireland's number one female singer in the sixties, added: "I was saddened to hear of Gerry's death. He gave me my first professional singing job with his band, The Kingston All Stars.

"I was 14 and will be forever grateful to him for starting me out on my singing career. He was also a friend and a gentleman.

"Thank you Gerry for your wonderful contribution to music. My deepest condolences to all Gerry's family."