“May your story inspire rebellion for the protection of women everywhere” 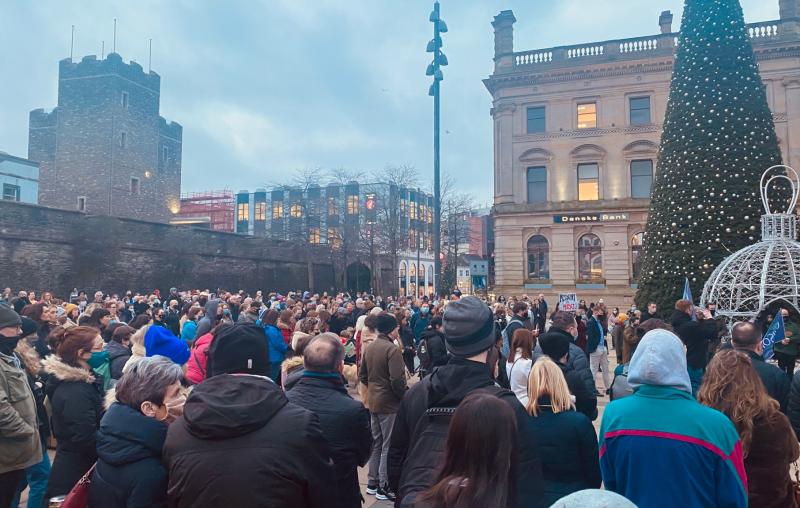 A vigil was held at 4pm today (January 14) for Ashling Murphy in Derry's Guildhall Square.

Hundreds gathered at the steps of the Guildhall as speakers gave impactful and emotional speeches to the crowd.

One speaker said, "We cannot stop until women are safe to exist freely.

"May your story inspire rebellion for the protection of women everywhere."

Another said: "The police tell us being drunk is "asking for it," what culture are we living in, what culture?

Some mourners held signs with one reading, 'Misogyny is murder.' Candles and flowers were placed at the steps of the Guildhall.

If a community had an hour's vigil for each woman killed by a man in Ireland, since 1996, you'd be there for just under two weeks. 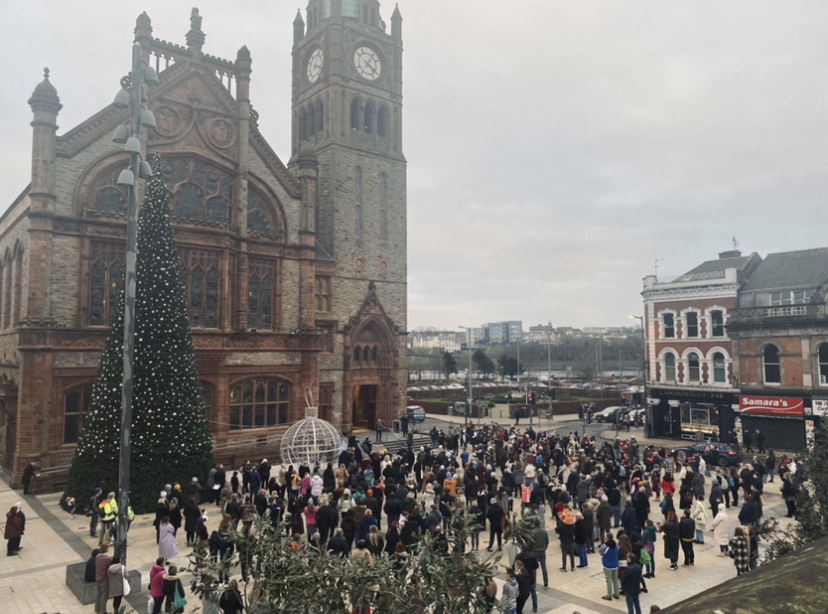 Ashling Murphy (23) was murdered January 12 whilst out for an afternoon jog in Tullamore, County Offaly.

Ashling Murphy was a primary school teacher who sadly died after being attacked while running along the canal bank at Cappincur, Tullamore.

Ashling made a new year's resolution to take up jogging.

Ashling's parents have spoken out about their daughter's harrowing death.

Her grief-stricken parents, Kathleen and Raymond, said their youngest daughter was "a special girl".

They remembered her as a talented musician, driven worker, and a "brilliant girl".

“She was a great worker, with great drive. A marvellous musician. She played with Comhaltas Ceoltóirí all over Ireland and all over the UK on the tours. She was in their youth choir and senior orchestra," they said.

Ashling's boyfriend Ryan, who was with her for five years, is devastated by her tragic passing.

Ashling's mum shared, "She loved her boyfriend Ryan who she was with for five years. He’s heartbroken.”

Gardaí have released the man they initially arrested in connection to the murder and he is deemed no longer a suspect.

Gardaí are continuing to call for anyone with information to come forward and have made a renewed appeal for information on the movements of a bicycle.

Anyone with information on a Falcon Storm mountain bike with straight handlebars and distinctive yellow/green front forks are being asked to contact gardaí in Tullamore.