"Gerry was a beautiful soul and a true entertainer" 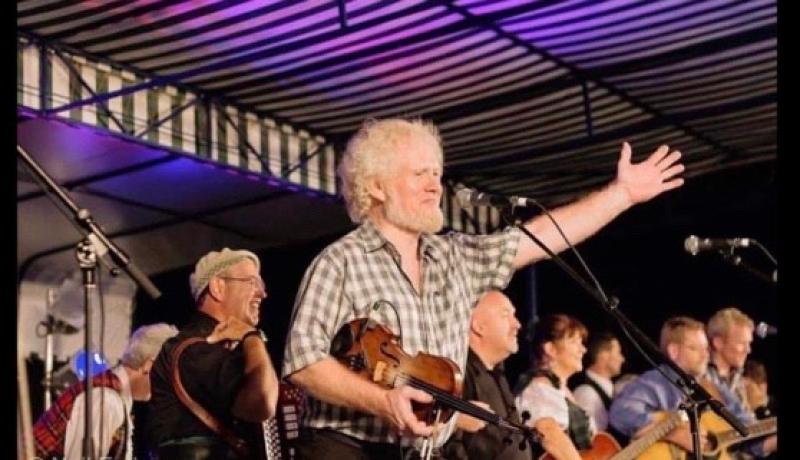 Gerry O’Neill, a successful musician originally from Derry, sadly passed away on January 8

Gerry O’Neill, a successful musician originally from Derry, who emigrated to Canada in 1974, sadly passed away on January 8.

Gerry grew up on Ivy Terrace before moving to the Creggan area of the city.

His father, Samuel, owned a bookies in the area and Gerry also worked in a music shop in the city.

Gerry, one of 14 children, moved to Newfoundland in 1976 and joined a band called The Sons of Erin.

His first wife, Susan, moved back to Derry with the family in the 1980s, with a lot of his family still in Derry, and he remarried in 2004 to his wife, Linda.

Whilst in Canada, Gerry was also inducted to the Glengarry Celtic Music Hall of Fame who wrote at the time, "Gerry has shared his Irish musical heritage with the county for over 40 years and is a worthy nominee.

"His finesse and ability on the fiddle drew the attention of many and soon garnered many requests for appearances throughout Quebec, the Maritimes and Ontario."

In 1976, Gerry performed as part of the opening of the Olympic Games ceremonies.

Many have paid tribute to Gerry including his grandson, Steve Kent, who said his grandfather 'had quite a career and was a brilliant performer.'

Steve wrote: "'Death leaves a heartache no one can heal. Love leaves a memory no one can steal.'

"My family and close friends know about my special relationship with my grandfather.

"Gerry O'Neill was larger than life. He had a profound impact on so many people that he connected with.

"Gerry's warmth, talent, insight and charm were, to use one of his favourite words, magic. Truly magic.

"Gerry taught me lots about humanity and about life. He lived fully. He loved deeply. My memories with him are plentiful and powerful. I am so thankful for that. We will miss you, Granda Gerry."

Canadian Celtic folk band, Bang on the Ear, also paid their respects, "Gerry was a beautiful soul and a true entertainer," they wrote.

"Gerry was our way into Hurley's Irish Pub in Montreal and he helped us establish ourselves there.

"Every Saturday afternoon at the Glengarry Highland Games, we would pull up a seat and grab a drink and say hello.

"He was always so welcoming and amazed at how many instruments Michelle would pick out of her case, referring to it as her 'tickle trunk.'

"We use his classic line every time we’re on stage, 'Give Me A Roar Glengarry.' We love you Gerry, Rest in Peace."

The Greenfield community where Gerry resided also wrote, "It is with a heavy heart we write about the passing of legendary Greenfield resident, Gerry O'Neill.

"He was a very well known musician. He was sweet, gentle, kind and a comical man who will be dearly missed."

Gerry’s remains will leave Canada and return home to Derry.

Requiem Mass will be celebrated in St Columba's Church, Longtower on Thursday, 20th January, 2022 at 11.00am.