NI Protocol one year on: "The Protocol is not perfect. But how we resolve that is not by ditching it"

Derry Chamber of Commerce President, Aidan O'Kane, says 80 per cent of members back the Protocol adding, "It wouldn't be 'future-looking' in terms of where our prosperity is going to come from if we were very insular in our market". 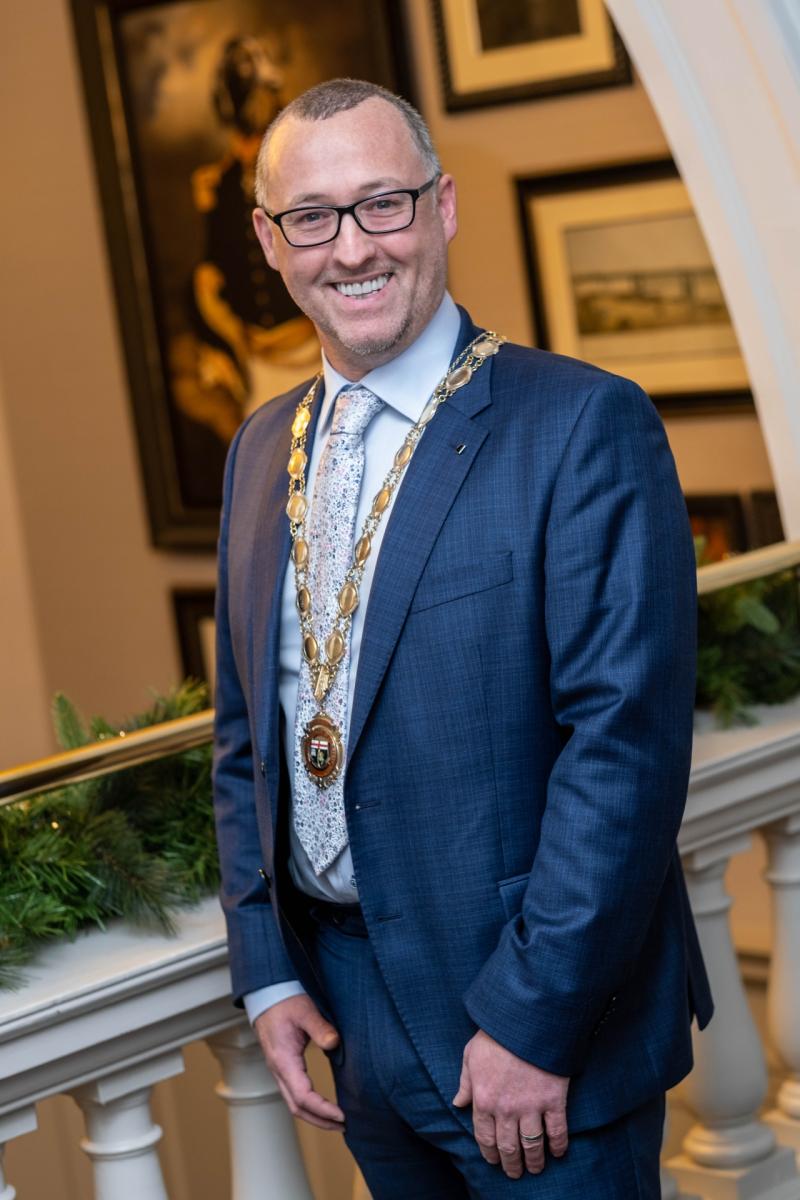 Derry Chamber of Commerce President, Aidan O'Kane: "we can't just look at the UK market as our sole market and disregard a bloc of 500million people in the EU."

Derry Chamber of Commerce President, Aidan O'Kane, insists the vast majority of his members are keen to make the Northern Ireland Protocol work.

The first anniversary of the NI Protocol's ratification between the United Kingdom and the European Union (EU) arrives this week – an event that has been hotly debated over the past 12 months and it's a discussion that shows no sign of ending any day soon.

Unionist politicians object to the Protocol as it place the North behind a sea border that separates them from Great Britain (GB).

Nationalist politicians, however, back it as it keeps the North's trading routes with the 27 states of the EU, especially one in particular – the Republic of Ireland.

However, it is that open trade border with the 26 counties in the south, which in turn lead to other trade routes within the EU, that has led the Derry Chamber of Commerce determined to make the Protocol work not only for Derry, but for the rest of the North as well.

Mr O'Kane said: “The Chamber's view is that our members want the Protocol to work.

“We didn't ask for the Protocol to be in place but, after doing a survey of all our Chamber members, eighty per cent of those respondents saying they want to make the Protocol, in its (current) form, work.

“However, they recognise that the Protocol is not perfect. But how we resolve that is not by ditching it. It's not a 'lets throw the baby out with the bath water' scenario.

“What we want to be able to do is recognise that there is something in place and that it's better than nothing.

“If there was a willingness between the UK and the EU to work through this in a pragmatic way and to iron out some of the issues with it, then we (the North) could be left in a really good position from a Northern Ireland and a North West perspective.

“Because we (Derry) are on the border and already have a really strong relationship across that border having built those pipelines and customer bases, we would be in a great position if we had all those kinks in the process or the Protocol ironed out which would leave us on the starting blocks of something really unique.”

Exactly 100 years ago, Derry's business community voiced their opposition to Derry becoming part of the new Irish Free State as they feared their trade routes with Britain, then a global superpower, would be cut off or have heavy tariffs imposed on their goods.

Fast forward a century and the situation has reversed with the Republic of Ireland – backed by the economic powerhouse that is the EU – providing the best option for Derry's business community.

Mr O'Kane added: “It wouldn't be 'future-looking' in terms of where our prosperity is going to come from if we were very insular in our market.

“By that I'm saying, we can't just look at the UK market as our sole market and disregard a bloc of 500million people in the EU.

“Losing access to that would be completely remiss of our Executive to take that stance. But from a Chamber point of view, our members recognise that trading with the EU is essential.

“What we have found is that 24 per cent of businesses have actually changed their supply chains to be within Northern Ireland – and that's a good thing. That's a quarter of our businesses.

“There has been issues with some goods but that has been very much on the GB side. It's like a sender-receiver-type relationship. We are the receiver and the sender just hasn't been as prepared as we have.

“What we found early on is that a lot of businesses in GB were not prepared for sending and trading into Northern Ireland. Things have improved but that's taken a little bit of time.

“Yes some businesses are just not trading with Northern Ireland because we're too small a market and there's too many overheads associated with it. But those numbers are relatively small.

“As far as the effects on the public – unlike GB – we didn't have empty shelves, we didn't have queues at petrol stations and that's got to be welcomed.”