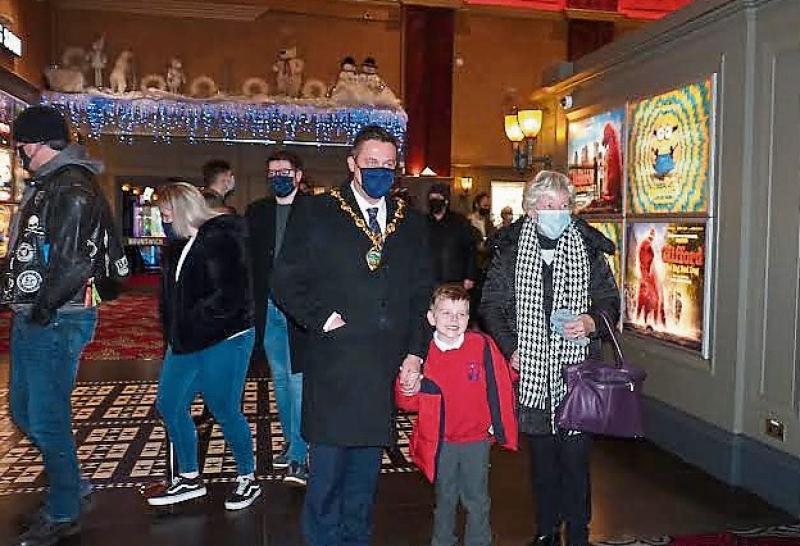 Mayor of Derry City and Strabane District Council, Alderman Graham Warke who features in 'Grief' was among the audience at the film's premiere.

A short film by a local production company that tells the harrowing story of many local lives lost to Covid-19 is proving to be a huge success.

Mayor of Derry, Alderman Grahame Warke and Bishops Donal McKeown and Brian Forster feature in the emotional film produced as a tribute to the pandemic.

The film tells the story of the restrictions placed on families and friends, who never really got an opportunity to say goodbye to loved ones.

The film featues very sensitive and emotional tribute paid to a loved one who passed away by the recital of the poem 'Goodbye' by Thornhill pupil, Tieghan Doherty, at the end of the film.

Joseph McCarthy, the writer, director and producer of 'Grief,' thanked everyone involved in the production of the film and Derry and Strabane District Council and Derry Credit Union for supporting it.

He added: “Paddy Simpson, from Brunswick Moviebowl who screened the film and was very supportive of 'Grief,' deserves a special word of thanks, as do Charles Bradley and Joe Parke from Bradley and McLaughlin Undertakers, Bishop Forster, Bishop McKeown and Mayor Warke.”

The film can be viewed on YouTube by means of several links on Black North Productions’ Facebook page and has had over 800 views in less than a week.

Next up for the local film company will be their anti-bullying film, 'Summary Justice,' which deals with the ongoing issue of bullying in schools and will involve local pupils, parents, several teachers and the principal of Saint Saviours College, where most of the action takes place.