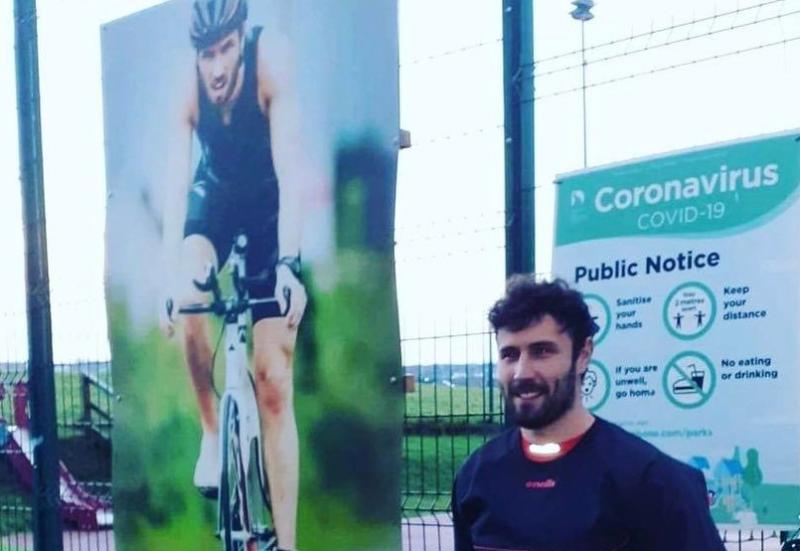 Others celebrated on the mural wall include Republic of Ireland International Shane Duffy and Professional Middleweight Boxer Conor Coyle.

Speaking of his latest accolade, Danny said: “What an honour to be celebrated by Leafair Community Association so close to where everything began for me.

“About a mile from where my photo is hanging, is the Templemore Sports Complex. That is where my father trained and where I too trained and began my sporting journey.

“Thanks to the Mayor for taking time out of his schedule to show his face and share in the celebration with me.

“I might have given a lot to the community in my charity efforts but what you’ve all given back to me since is more than I could ever ask for.

“Thank you to the Leafair Community Association for valuing my story and the many others on their Sporting Hall of Fame.”

Danny completed 10 Ironman triathlons in 10 days raising over £100,000 for local mental health and well-being charities. He is also set to be awarded Freedom of the City.

By Danny’s side as his picture was unveiled was the Mayor of Derry and Strabane, Alderman Graham Warke.

“It was a true pleasure to be there this week for the latest one, as Danny was unveiled as the latest addition to the Sporting Heroes Billboard at Leafair pitches.”