Derry teachers 'top of the class' after winning highly-prestigious awards

Former US President Bill Clinton among those who offered congratulations 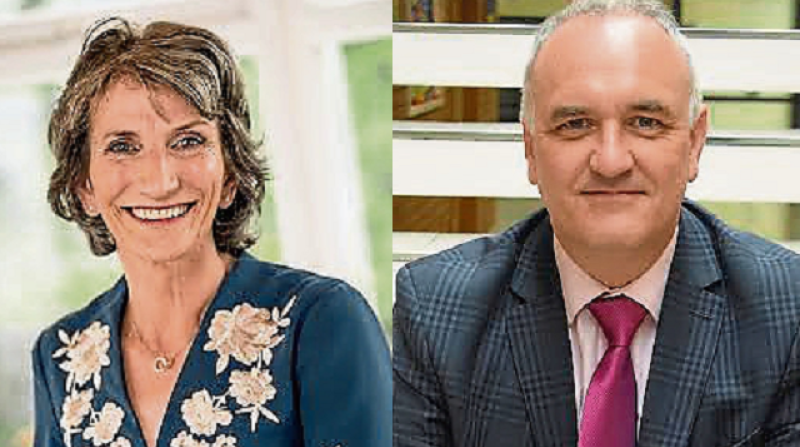 A Derry college head and a former college principal have gone to the top of the class after winning highly prestigious teaching awards.

Marie Lindsay, former principal of St Mary's College, was presented with the Pearson Lifetime Achievement Award 'live' on the BBC's 'One Show 'on Friday night last when among those who congratulated her was former US President Bill Clinton.

Also congratulating her on the programme, via video link from his home in Derry, was Michael Allen, principal of Lisneal College in the Waterside, who was informed he was the winner of the Head Teacher of the Year a Secondary School Award.

Mrs Lindsay had found out earlier in the week she had won the award when, during a visit to her former school, she was informed by 'One Show' presenter, former Boyzone singer Ronan Keating, that she was the winner and that she would pick up the accolade during the 'live' screening of the programme on Friday night.

She said: “I'm so shocked yet so delighted. I owe everything to our St Mary’s College family of pupils, staff, parents, governors and the wider community in Derry who helped and supported me throughout my career.

"I want to thank especially the current principal Brendan McGinn, vice-principals Katrina Kealey and Roisin Rice, and the many members of the extended St Mary’s family who nominated me and somehow persuaded the judges that I was worthy of this very special award.

"Sincerest thanks to them, to Pearson, and the One Show for my happy, humble heart.”

What she didn't know was that former US President Bill Clinton had been lined up to congratulate her. 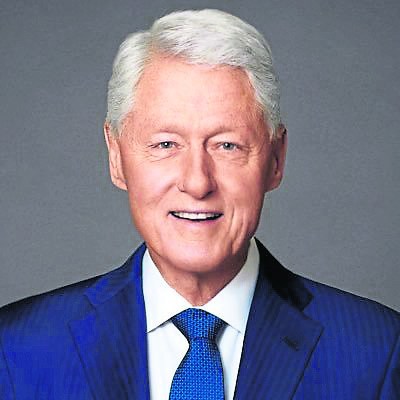 In a video message from the US, he said: “Thank you for everything that you have done to provide your students with a good education and to develop rising generations of women leaders focused on the possibilities of tomorrow rather than the grievances of yesterday.

"The warmth and friendship that the people of your city and all of Northern Ireland have given me since has been one of the greatest gifts of my life.”

In response, Mrs Lindsay said: “I am speechless I just can’t believe it.

“I have seen him speak in person twice in Derry I can’t really take that in. I was reminded about John and Pat Hume. She was a good friend. I don’t think I can put into words how I can feel about that. What an honour.”

Mrs Lindsay was nominated by her St Mary's successor, Brendan McGinn, who described her as a 'visionary leader' and 'outstanding role model.' He added: “She understood what this schooll needed. In 2007 in Marie's first results at A-Level were 21% A-Star -C. When Marie left, that result had went to 84%.”

He said: Mrs Lindsay was a dedicated principal at St Mary’s College. Her inspirational leadership had a profound impact not just on the students in the school but across the wider city. I could not think of a person more deserving of this recognition.”

Geraldine Keegan, chairperson of Education Curricular Committee and predecessor to Mrs Lindsay at St Mary’s College, said: “I am absolutely delighted that Marie has achieved this outstanding accolade. It is a fitting recognition for her huge contribution to education throughout the years. Along with her colleagues in St Mary’s College, Marie was a tremendous supporter of continuous improvement and particularly excelled at developing STEM subjects within the school.”

Meanwhile, Mr Allen was taken by surprise he had won Headteacher of the Year in a Secondary School for his constant 'commitment, leadership and inspiration" since his appointment in 2015 as he had believed he was appearing only to offer his congratulations to Mrs Lindsay. He said has 'lost for words words to be given such a huge honour.”

He was presented with his accolade at a glittering awards ceremony last night.

SDLP councillor of Derry City and Strabane District Council, Brian Tierney, congratulated both award winner.
He said: “I am delighted that the incredible work of both Marie and Michael has been recognized by the 2021 Pearson National Teaching Awards.

“The dedication of both educators has proven truly life changing for a generation and they have inspired countless young people to pursue education and achieve their potential. I had the pleasure of presenting Marie with an award during my time as Mayor and have been fortunate enough to see first hand what incredible role models both these teachers have been for the young people of Derry,  “This is a truly outstanding achievement and I would like to offer my sincere congratulations to both Marie and Michael and thank them for their contribution to education and to our communities.”