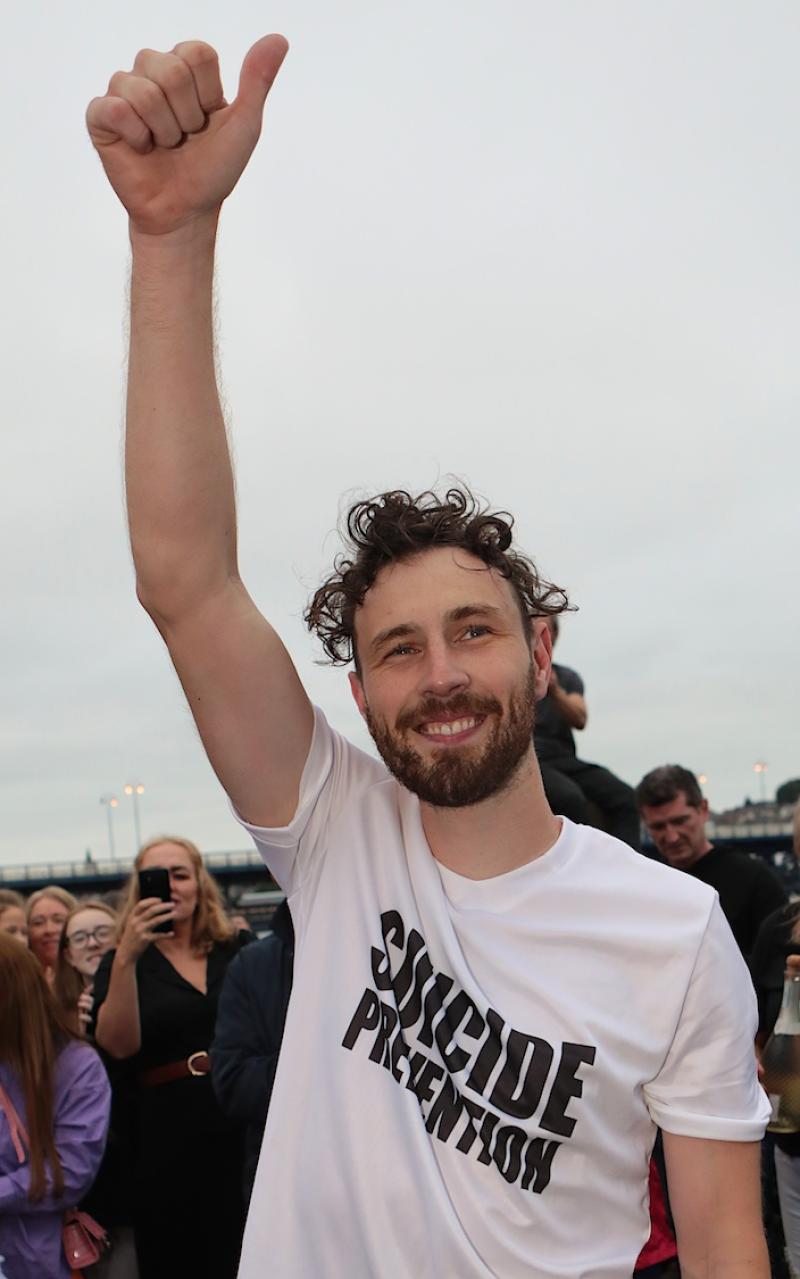 Danny Quigley could be given the Freedom of Derry for his ironman fundraising efforts if a motion put before the Council is passed next week.

Derry man, Danny Quigley, completed 10 Ironman triathlons in 10 days and Council have agreed to recognise his ‘remarkable achievement’ as Danny is set to be awarded the freedom of the city.

The 30-year-old, and father of two, completed the gruelling endurance test in August this year in memory of his beloved father, Colm.

His father, who died suddenly in March 2011, competed in triathlons for Ireland and was a member of the North West Triathlon Club.

Danny has now raised over £100,000 for mental health and wellbeing organisations across the city.

Over his 10-day challenge, people from across the city and district joined him for sections of his challenge, with others lining routes to cheer him on.

Danny thanked the people of Derry saying they “lifted him up, and "filled him with adrenaline.”

He said: “Thank you all so much, from the bottom of my heart, from the sweat on my brow to the blisters on my feet, thank you.

"And of course, to my daddy, I hope I made you proud big man."

Danny spent much of the year training for the challenge starting on August 20, which consisted of a 2.4 mile swim, followed by a 112 mile cycle and then a 26 mile marathon, every day for 10 consecutive days.

At a meeting of Derry City and Strabane District Council on Thursday, a motion proposed by Sinn Féin's Christopher Jackson and Sandra Duffy, calling for the honour to be bestowed on Mr Quigley, passed unanimously.

Councillor Jackson said: “The challenge itself caught the imagination of the city and the most important element of it is the promotion of positive mental health.

"Danny has raised over £100,000 for local mental health charities and he has created a lasting legacy. This motion is a way of acknowledging Danny, his family and all the supporters that helped him complete this task."

Mayor of Derry City and Strabane and DUP Councillor Graham Warke said Danny "has brought a city together" and said it was something "that was very much needed” during such a difficult time.

“I’ve never seen anyone else do that,” he said, “The money and awareness he has raised, he is a credit to everybody and to his family.”

Sandra Duffy added: “The work that he has done and the awareness he has raised has been absolutely tremendous.
“We have a really ordinary citizen who has done an extraordinary thing.”