Derry disability organisations arrange ‘Couch to 2k’ for their members

“We just want to make it as big an event as possible for them because it's such a big achievement.” 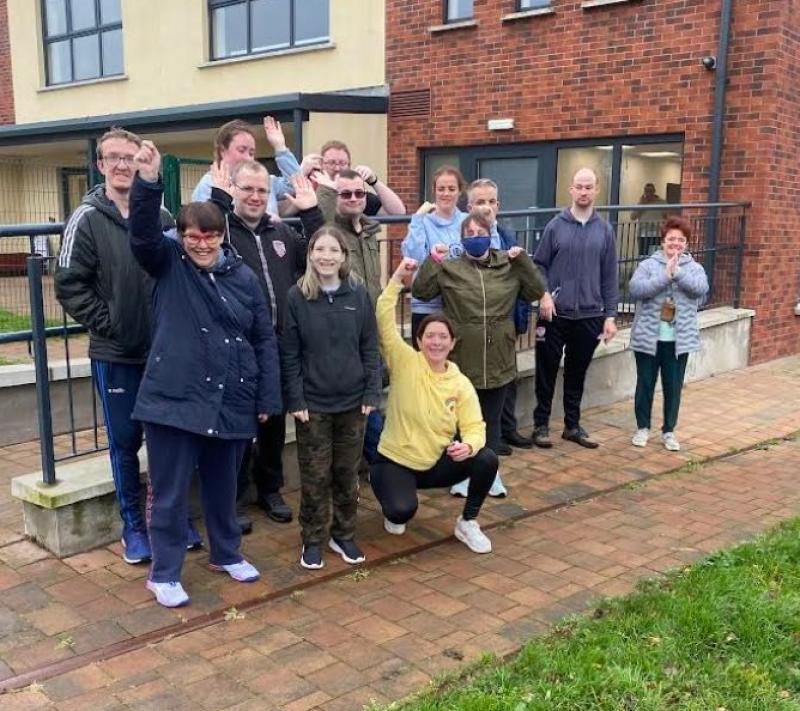 Members after their final training session with Inclusively Fit

Local service, Inclusively Fit, have organised a ‘Couch to 2k’ with local organisation, Destined, for their members, that is set to take place Thursday November 25.

Their official 2k race will begin at 11am, starting and finishing at the Destined building on the Foyle Road, and they would like the public to pop down and cheer them on.

Destined is a voluntary charitable organisation that seeks to address the needs of people with learning disabilities in a whole life context.

Inclusively Fit provides one to one personal training and health and fitness classes to children and young adults with Learning Disabilities.

Founders of Inclusively Fit, Sinéad Lynch and Bronagh McNamara, work with Destined often and said this is a great achievement for all the members.

Sinéad said: "For the last six to eight weeks, we've been training them to run the 2K. We just thought, let's try and get them to train for something, and we thought a 2k was just the right distance.

“So, we’re now doing a ‘Couch to 2k,' and we wanted to make it into an actual event, and kind of official, because we just feel like they've never participated in anything like this before.

“They've worked so hard and next Thursday, we're going to do our official 2k, as if you were training for a marathon; we've got a start line and we’ve got medals.

“Danny Quigley is going to come and surprise them and run it with them and cheer them on. We just want to make it as big an event for them as possible because it's such a big achievement.

“This is their first ever run to show their training and show what they’ve achieved. There’s never really anything like this organised and we wanted to do it for them.”

There will be around 12 to 15 participants and Sinéad and Bronagh are hoping to encourage families, friends and the Derry public to pop down on Thursday and cheer all the runners on.

Sinéad added: “They’ve trained so hard, especially at this time of the year, in the wind and the rain, they have shown up and they’ve done it no matter what.

“Some of them wouldn't even have attempted to go outside before and they've just come so far. I'm so delighted for them and everything they’ve achieved."