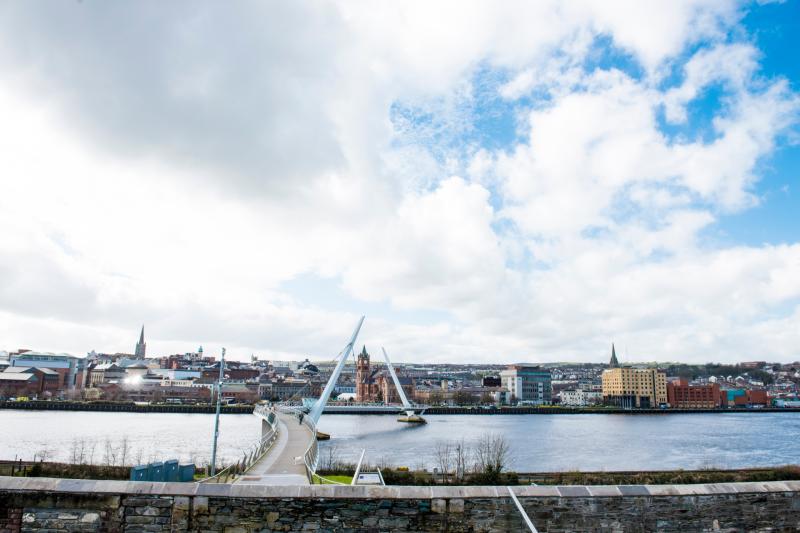 Hotels in Derry are nearly at full capacity with Derry’s famous Halloween celebrations kicking off this Friday.

There is to be an estimated 30,000 people visiting the city per day across the three-day celebrations.

In 2018, three years after being voted number one Halloween destination in the world, Derry Halloween attracted a record high of 100,000 visitors.

This year’s Halloween programme, themed “Awakening the Walled City” is set to take place from October 29 to October 31 with events held in Derry, Strabane and Donegal.

After last year’s celebrations were cancelled due to the pandemic, the festival is set to return with a whole host of unforgettable sights, characters, and unprecedented digital displays.

There is set to be several illuminated worlds spread across the city along, on all three nights, with the island of Ireland's first ever digital LED installation.

Translink is also set to run a special service for the weekend’s celebrations. The shuttle bus service will operate between the NW Transport Hub and Foyle Street, between 5pm and 10pm on October 29 to October 31, transporting passengers between Waterside and Cityside.

Covid precautions have been put in place across all this year’s events with social distancing to remain a priority.

Due to restrictions, the annual Halloween carnival parade in Derry will not take place but the firework displays in Derry and Strabane will.

Mayor of Derry City and Strabane District Council, Alderman Graham Warke, says all guidelines have been taken into consideration.

He said: “Everything has been planned with public health and safety in mind so please follow the advice and ensure you spread your visits out across the whole Halloween weekend, wrap up warm and keep your distance from others.

"I know I am really looking forward to this year's programme and to having Halloween back in our city and district.”

You can find out more about the full programme on derryhalloween.com