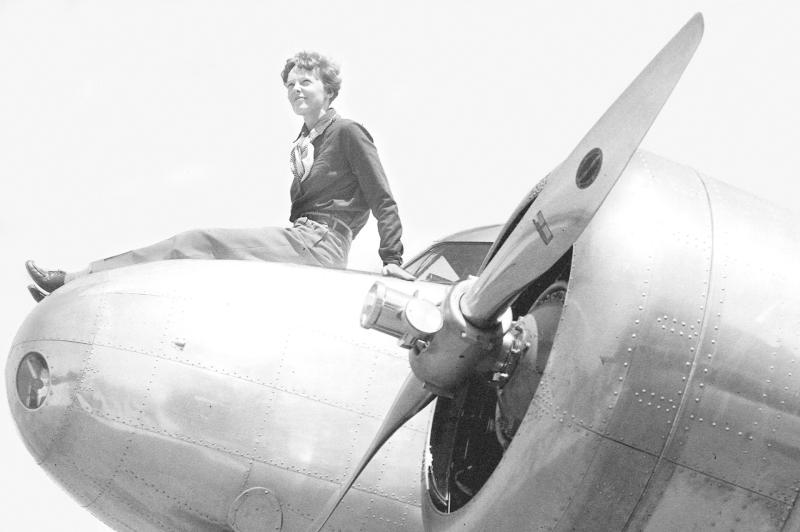 May 21, 2022 will mark the 90th anniversary of Earhart’s historic landing in Gallagher’s field at Ballyarnett.

Yesterday, October 12, Members of the Council’s Business and Culture Committee approved details of plans to mark the historic date.

Aeidin McCarter, Head of Culture with Derry City and Strabane District Council, explained that for the month of May next year, the Museum Service has a planned programme of activity for the 90th anniversary.

This will include a temporary exhibition of objects and archives loaned and from the collection to go on display in the Learning Space of the Tower Museum.

McCarter explained that the Council’s Museum Service continues to promote and highlight the important aviation story of Amelia Earhart through its collections, exhibitions and events.

She added that a series of online-or onsite, depending on restrictions and participants- lectures linked to females in aviation, Amelia’s story and objects linked to the history, will also be organised.

As well as this, a series of online or onsite educational workshops for school and families will be implemented to include aviation themed activities.

She added that Council officers are working with a number of groups to coordinate a comprehensive programme of activities under one marketing plan.

There are many displays of recognition for Earhart already in place across the city including at the Tower Museum, as part of the ‘Story of Derry’ exhibition, and a model of her Lockheed Vega is on display in the City of Derry Airport.

More recently, Earhart was celebrated during RTE’s HerStory events last year which celebrates the role of females in history. Images of Amelia Earhart were projected onto the exterior of the Tower Museum.

In 2021 a bespoke Amelia Earhart signature tourism story was set up in the new Visit Derry Tourist Office at Waterloo Place.

McCarter said that, “the story of Amelia Earhart and her connections to the city are right at the heart of our tourism & heritage offer.”

Chairperson of the Business and Culture Committee, Councillor Conor Heaney, welcomed the collaborative approach, saying it was important to acknowledge this important anniversary.