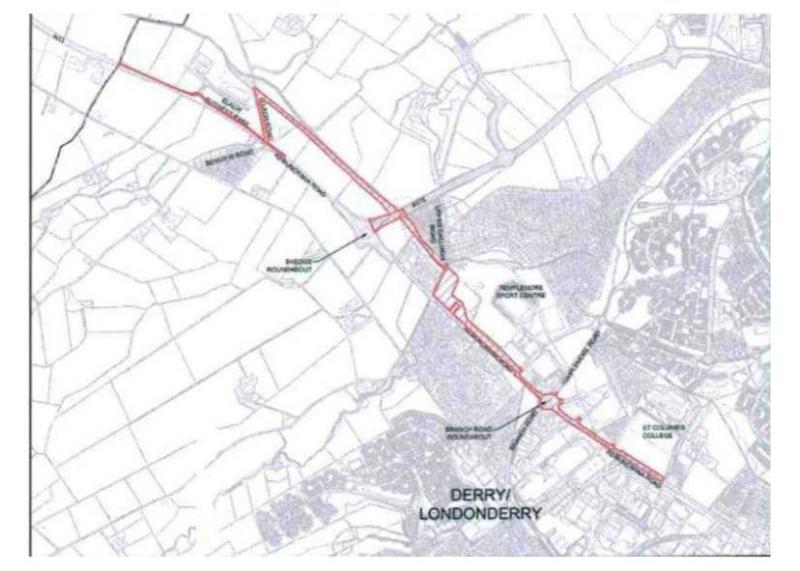 Plans for the new greenway between Derry and Elagh

The new greenway will start at St. Columb’s College, through The Hawthorns to Templemore Road and across to Templemore Sports Complex to Upper Galliagh Road.

The development will continue along the line of the former Lough Swilly railway line, across Skeoge Link Road, and on to Elagh Business Park.

Planning officers had provided seven reasons for refusal. One highly discussed reason to refuse was that the new greenway would run through Zoned H1A housing lands.

Sinn Fein Councillor Christopher Jackson said: “This is a greenway and something we have been promoting right across our city and district as a positive piece of infrastructure to allow people to choose more sustainable modes of transport. If there is zoned housing there, we should be incorporating the greenway through it.”

Head of Planning Maura Fox explained: “The proposal is on housing zoned land. By severing the site with one aspect of the development, you are potentially disallowing houses in part of the zoning which has already been protected for housing.”

Ken O’Sullivan, Project Manager, speaking on behalf of the Council said: “We know that the housing master plans for these lands is not yet available and we believe our proposals could be easily incorporated into any future housing masterplans on the lands.”

After lengthy debate, Councillors voted nine against refusing the planning officer’s recommendation to refuse, with four voting to for refusing the application.

The Councillors approved the application to go ahead, with conditions.

The application had been previously deferred in July this year to allow for a site visit.

This proposed greenway will be a part of a wide range of new greenway connections between Derry and the South.