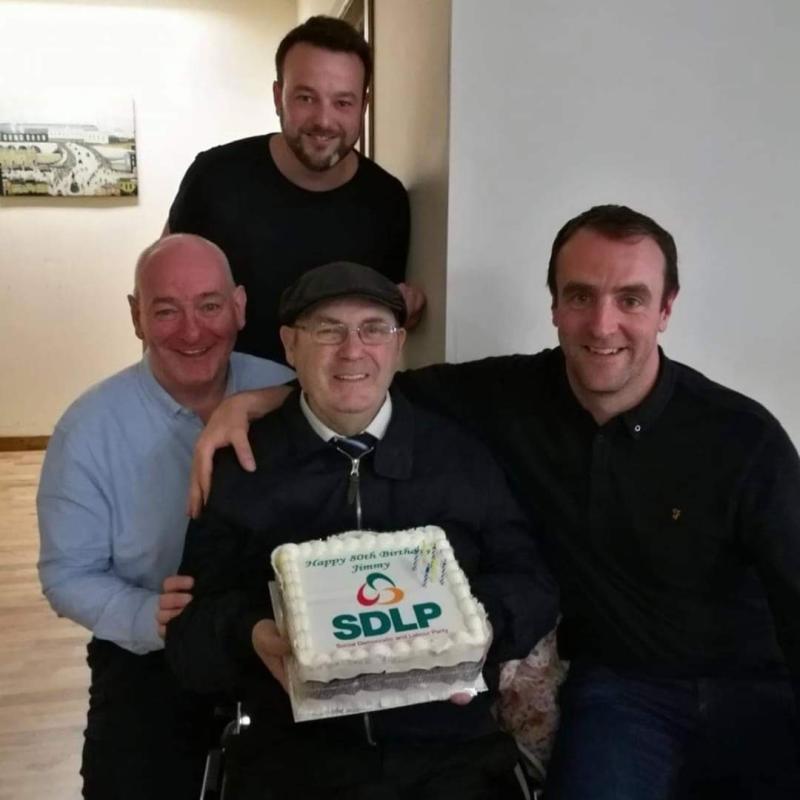 Mr Clifford, from Creggan, was one of the SDLP's longest serving councillors, serving as an elected representative in the city from 1989-2014.

Party leader Colum Eastwood said, "Jimmy Clifford was a grafter. He worked hard everyday for the people of Creggan and Derry, making big sacrifices and always putting the interests of the people he represented before his own.

"He was part of a generation of community leaders who saw injustice and refused to look the other way.

"He stood with John Hume in some of the most difficult days of our peace process, even when doing so meant he became a target for intimidation, threats and violence.

"There’s nothing that would have stopped him."

Mr Eastwood continued, "My thoughts and prayers, and those of SDLP members in Derry, are with Jimmy’s family and wide circle of friends at this difficult time.

"I hope they find comfort in the immense good that he did throughout his life and the many people he helped," he concluded.

Foyle MLA, Mark H Durkan said he was heartbroken to hear the news.

"My mentor and my mucker, Jimmy served the people of Derry and especially of Creggan for many years.

"He has been heartbroken since the passing of his beloved Patsy but I know how much he loved his daughters and how proud he was of them and his grandchildren and how spoiled he was by them!"

He concluded, "He was a real warrior and was still out pounding the streets for SDLP into his 80s - no matter how hard we tried to get him to rest up."

"I will always strive to do what he always did - put people first. Rest in peace, partner."