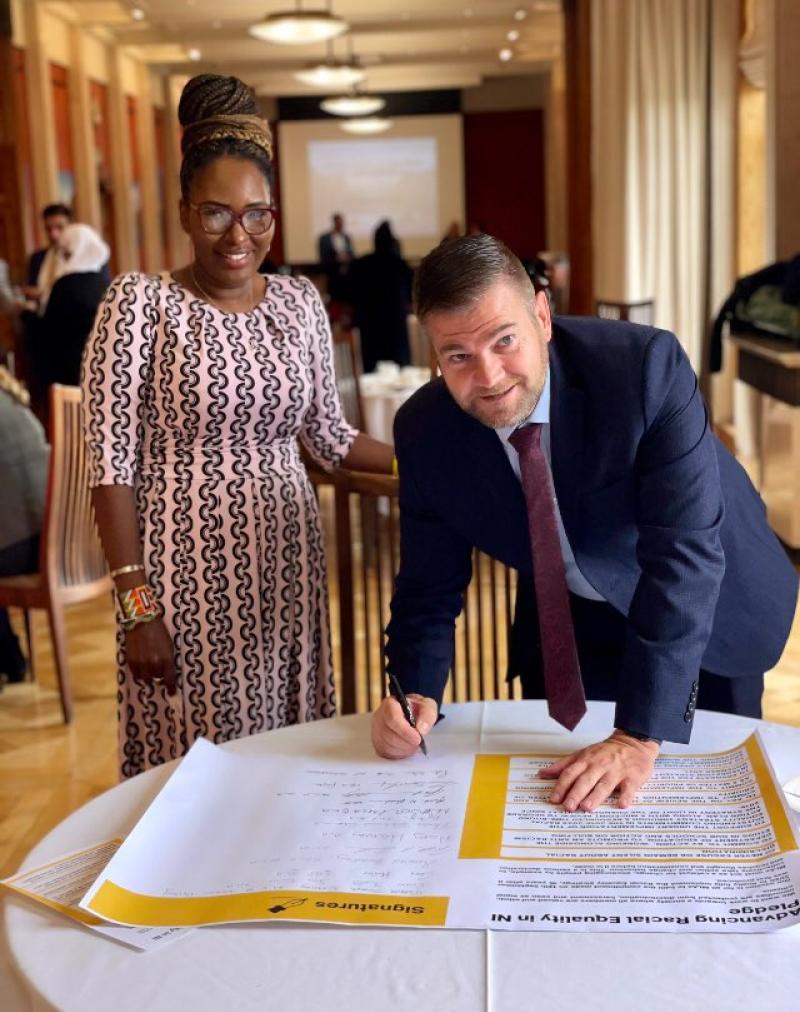 MLAs across the country, alongside a number of black and minority ethnic-led organisations, have met at Stormont to discuss the government’s commitment to the Racial Equality Strategy.

The event held on 14 September comes 16 years after the NI Government published a Racial Equality Strategy in July 2005.

The strategy set out a framework for government and all sections of civil society in Northern Ireland for the creation of a community where racism, in any of its forms, is not tolerated and where all people enjoy equality of opportunity and equal protection.

The meeting also comes a year after the Assembly debated and renewed its commitment to racial equality.

The groups questioned MLAs progress to their commitment made last year and requested them to take concrete action to build an inclusive society in Northern Ireland where minorities are protected from discrimination and harassment and are seen as equal citizens.

Councillor Lilian Seenoi-Barr, SDLP, said of the event: “They say that a week is a long time in politics, 16 years waiting for racial equality is an eternity.

“Fair play to Gary Middleton for taking the bull by its horn. We have seen the Northern Ireland Executive act quickly to pass laws when it is in their interest, yet 16 years on, the racial equality strategy remains a framework for government without departmental actions.

“It’s time to take each elected representative to task. No more lip-service, legislate.”

Councillor Seenoi-Barr addressed a letter to the First and Deputy First Ministers, asking them to appoint an advisor on race who is independent of the Executive Office and who can “alert ministers to potential issues down the track”.

The Executive were also asked to prioritise ethnic monitoring. This enables health services to identify and respond to health inequalities experienced by different social groups.

Ethnic monitoring has been mandatory in Great Britain since 2011 and will form part of Ireland’s National Action Plan against racism which is due to be published later this year.

MLAs were asked to sign a non-partisan pledge at the meeting to fulfil their commitments to racial inequality and to provide a timeline for the changes to be implemented.

Justin McNulty, MLA, tweeted: “Proud today to sign the charter to advance racial equality now. Legislators must act. ‘It may be true that the law cannot change the heart, but it can restrain the heartless, and this is what we often have to do in society through legislation.’”