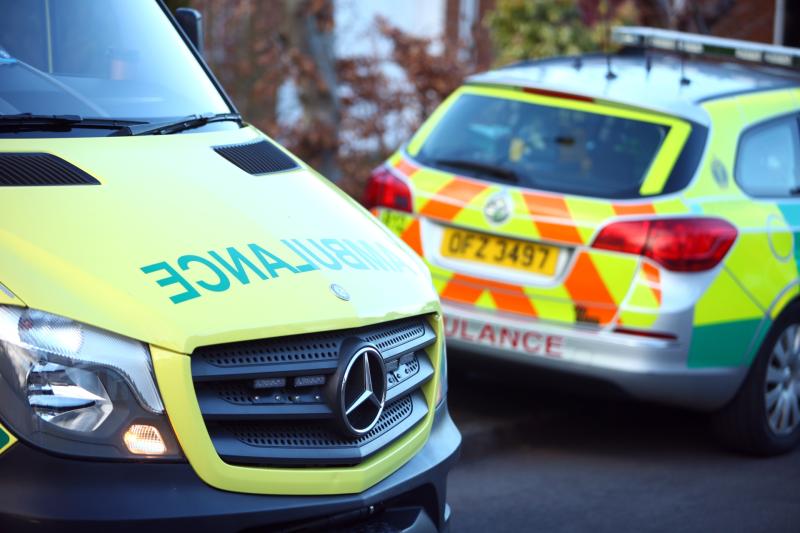 The Northern Ireland Ambulance Service has said the widespread physical and verbal abuse of local paramedics is of ‘great concern’.

A new survey conducted by the College of Paramedics has also found that four out of five paramedics based in Northern Ireland have feared for their safety or felt threatened at work.

This is well above the UK-wide figure of 70 per cent.

The survey, completed by 2,345 UK paramedics including 70 based in the Northern Ireland, also revealed that almost half of all respondents had suffered physical abuse while 80 per cent said they had been verbally abused during the course of their work.

An NIAS spokesperson said: “Violence against our staff is never acceptable and is in fact a crime.

“The impact on staff can be much more than the initial physical harm, with many staff suffering emotional and mental trauma as a result of these unprovoked and unwarranted attacks.

“The behaviour of those involved in this type of activity runs contrary to the support shown by the general public at this time.”

Since 2018, NIAS has taken a number of steps to monitor and review these incidents – the level of health and safety training has been increased and risk assessments have been reviewed along with reporting procedures.

Furthermore, a Peer Support Team has been established allowing staff to avail of immediate welfare contact.

In May 2021 a Violence Prevention and Reduction Strategy was approved.

Flowing from this are projects around the piloting of body armour, consideration of body worn cameras, a review of its Community Education Programme and the development of closer working relationships and contacts with the PSNI and Public Prosecution Service.

Aisling McLaren, who works out of Altnagelvin Ambulance Station, bravely told her story as part of the campaign.

Commenting on the latest statistics relating to attacks, Aisling says: “The results of this survey does not surprise me in the least. When an assault, on any of our staff, is reported, it may be reported in the media for one day, but then forgotten about.

“In fact, the person who carried out the assault may have forgotten about it even quicker.

“However, for us, it may stay with us for days, weeks, months or even years.

“Most certainly, in the early days, we will find sleep very hard to come by and then, every now and again, we will get flashbacks.

“Yet we always stand ready to go out and deliver care to those in need. In fact, some of us have been asked to treat individuals who had assaulted us just a number of weeks before.

“We do this job because we love it and because we care for people. We just want to be left alone to do it to the best of our ability.

“The overriding sense among staff is that anyone who assaults ambulance staff doing their job should be brought before the courts and given custodial sentences.”