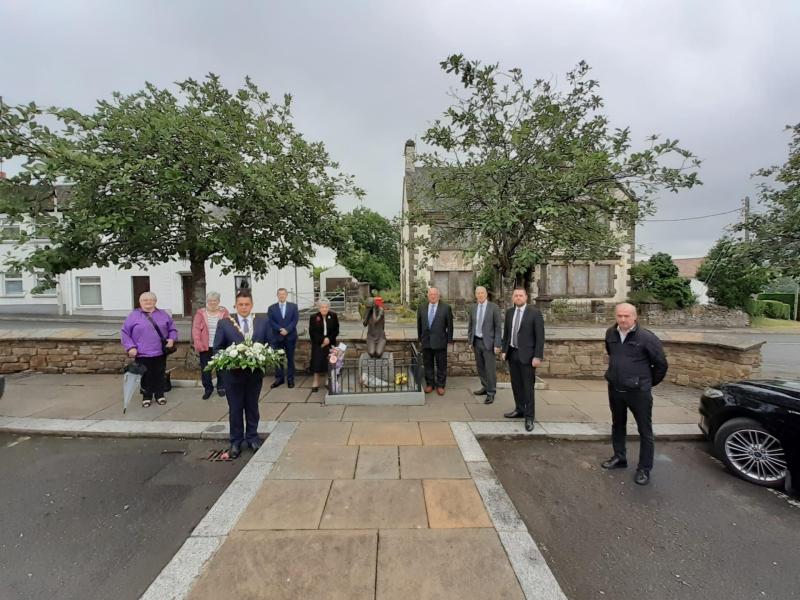 At the weekend a short commemorative event was held at the Claudy bomb memorial site in the village, where on July 31, 1972, the IRA carried out a bomb attack which killed nine people and left over 100 injured.

Three car bombs exploded on that date, no paramilitary group claimed responsibility and nobody has been held to account for the atrocity in the forty-nine years later.

Both Protestants and Catholics were killed in the blasts.

That year, 1972, was one of the bloodiest years of the Troubles when 496 people lost their lives.

At the weekend, representatives of families attended as did the Mayor of Londonderry & Strabane Graham Warke and local representatives Gregory Campbell MP and Gary Middleton MLA.

Speaking after the event Gregory Campbell said: "Any amnesty being introduced by the UK Government would mean that even if evidence were to emerge against those responsible for this, one of the worst atrocities of the troubles, no one would ever face a court of law for their crimes against innocent adults and children.

"This is yet another reason why Secretary of State Brandon Lewis needs to think again."