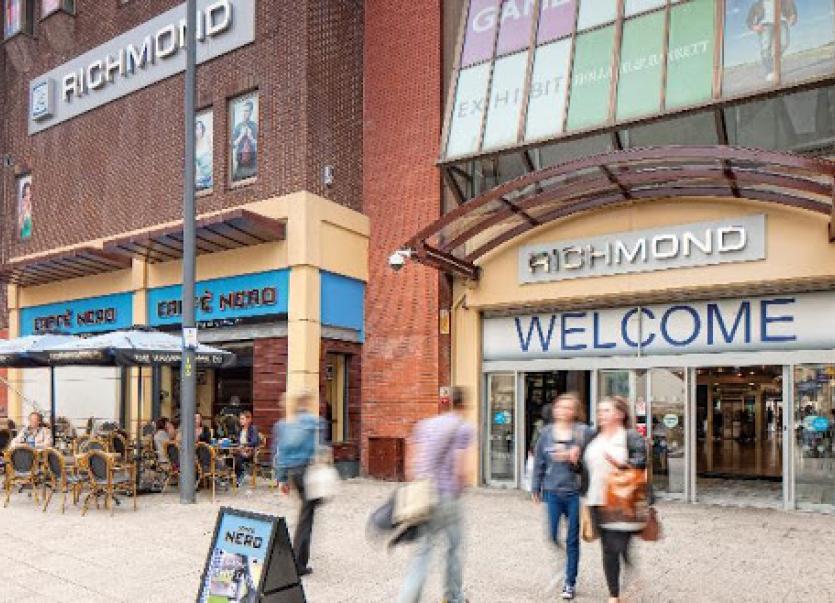 The Derry News has learned that one of the city's major shopping centres is in receivership.

The Richmond Shopping Centre is in receivership and in need of a new owner, the Derry News can reveal.

The shopping complex was built in 1984 and has remained a major part of the city centre's retail offering ever since.

However, lockdowns and restrictions imposed as a result of the Covid-19 pandemic have placed unprecedented pressures on local businesses.

Many people have lost their jobs or seen their incomes cut.

Now, the Derry News has seen a letter circulated to businesses based at Richmond Shopping Centre in recent days.

It says that Ernst & Young (EY) has appointed two individuals as receivers of the Ferryquay Street shopping centre.

In the letter, Joint Receiver, Andrew Dolliver states: “As a result of this appointment, the property is now under our control as Joint Receivers and all powers of management in relation to this property now rest with us.”

The correspondence goes on to add that the property will continue to trade while in receivership on a ‘business-as-usual’ basis with a view to seeking a sale of the property to a new owner in due course.

He also instructs all tenants to direct payments to his management agent, Lisney.

In an official statement to the Derry News, a spokesperson for EY explains: “On 21 June 2021, Andrew Dolliver and Joseph Luke Charleton of EY were appointed as Joint Receivers over certain assets of Vixcroft (Londonderry) Limited.”

It adds: “The appointment of the Receivers over certain assets of the Company will have no operational impact on the Richmond Shopping Centre which continues to trade in compliance with Government Covid regulations on a business as usual basis.”

“The Property Managers (Lisney) of the Shopping Centre remain in place fulfilling their existing role. “Ellandi have been instructed and appointed by the Joint Receivers as Asset Managers for the Property.”

With society reopening, Derry city centre has remained busy and it is hoped that many businesses will now benefit from a so-called ‘bounce back’.