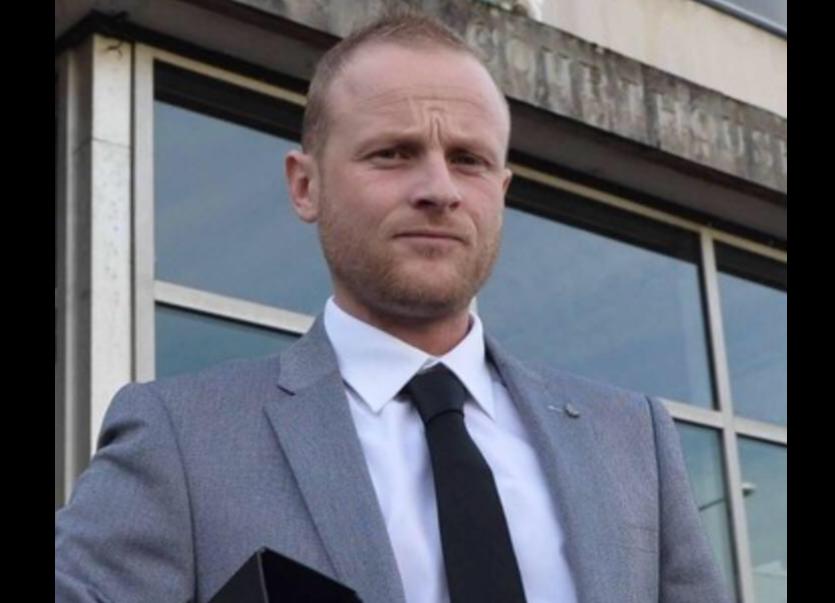 A man convicted of harassing loyalist activist Jamie Bryson has been given a four-month prison sentence at Derry Magistrate’s Court for offences committed while on bail.

Robert Beck, 58, who is currently in custody at Maghaberry prison, was supposed to appear at Derry Magistrate’s Court via video link to be sentenced.

However, a Public Prosecution Service (PPS) representative informed the court that the defendant ‘wasn’t able to be produced’ by prison officers.

Defence barrister Aaron Thompson asked Deputy District Judge Connolly to deal with the matter in his client’s absence as he was the same judge who sentenced him on June 16 for matters linked to Newtownards and North Down.

The defendant was originally charged with improper use of public communications and the harassment of Jamie Bryson on January 8, 2021.

And further charged with breaching a restraining order by contacting David English on January 11, 2021 and ‘continually’ between February 16-24, of this year.

He was sentenced to a total of eight months in prison for those offences after a four-month suspended prison sentence was activated in addition a new four-month term.

Furthermore, a restraining order was put in place forbidding Beck from threatening violence, intimidating, harassing or pestering Mr Bryson and Mr English or suggesting another person should do so.

The Derry offences, to which he pleaded guilty, consist of possession of an offensive weapon in a public place, namely knuckle duster, and possession of a ‘locking knife’ on March 9.

He also admitted failing to stop for police, driving without insurance and fraudulent use of a vehicle registration mark on the same date.

Defence barrister Aaron Thompson previously told the court that the 58-year-old has 11 convictions and all but one of those has come in the last twelve months.

Outlining the most recent case, a police officer said that on March 9 the PSNI stopped a Vauxhall Corsa on the Glenshane Road heading in the direction of Drumahoe.

He said Beck failed to stop but then came to rest when officers discovered the two weapons and motoring offences.

The defendant said he never seen the knuckle duster before and the knife was for opening boxes.

Defence counsel previously described it is an ‘unusual case’.

Beck was only in Derry because he was sent to the city on bail after he was the victim of an assault at the hands of ‘loyalist paramilitaries’.

Mr Thompson added: “Rather than go quietly into the night, he challenged the people responsible.

“There have been threats to kill, various arguments.  These people aren’t vulnerable people he’s taking on, they will be known to police.”

Deputy District Judge Connolly said he would not interfere with the sentence he imposed the day before.

Beck was handed a four-month prison sentence for the offences that occurred in Derry on March 9.