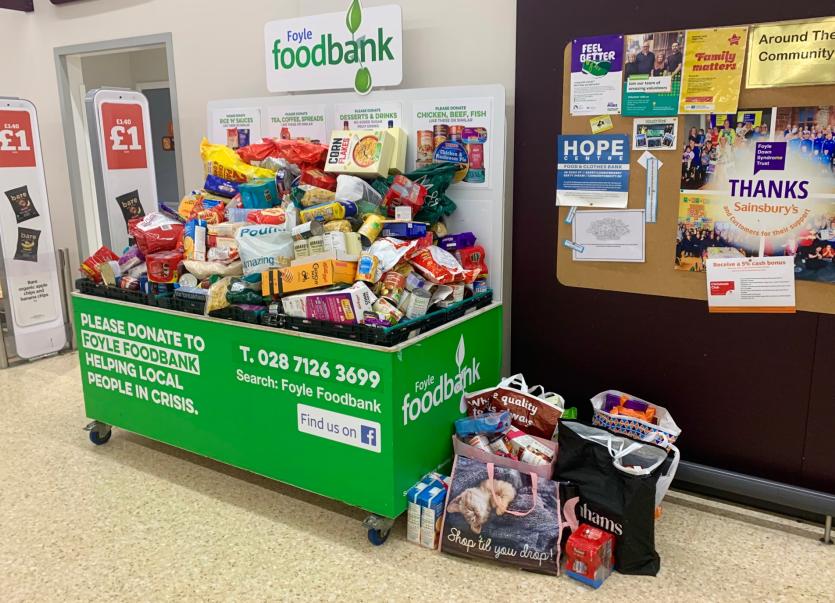 A Derry police officer has posted a photo of an overflowing food bank in the city saying that it is a more accurate reflection of the people living here than 'petrol bombers' on the streets.

Forty-one police officers have been injured in violence that has flared in Derry and other parts of the North over the past week.

Taking to Twitter, a local officer said: "At a time when the world is seeing Derry/Londonderry on the news it’s not pictures of petrol bombers that represent our City.

"It’s pictures like this. A city of people so generous that the Foodbank donation area is beyond capacity and overflowing to the space around."

Although one of the most deprived areas in the UK, crowdfunding page GoFundMe last year confirmed that Derry is the most generous city in the UK in terms of per capita donations.

The top five most generous cities in the UK were 1. Derry/Londonderry; 2. Cambridge; 3. Edinburgh; 4. Bath; and 5. Luton.