Annemarie Bell's father, Hugh, was known as the 'King of Christmas' and he passed his crown on to the next generation 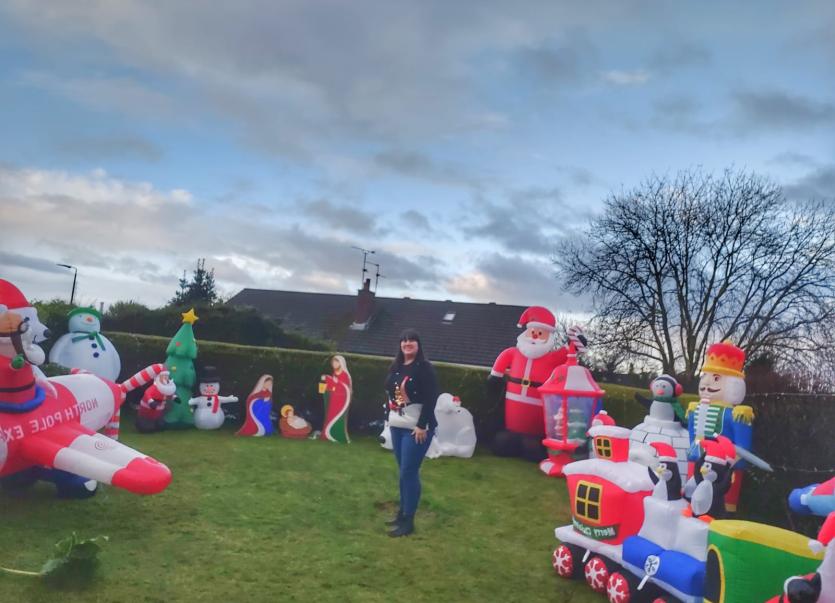 A Derry woman whose father was known as the ‘King of Christmas’ is proudly carrying on his traditions and can rightfully be crowned the ‘Queen of Christmas’.

Annemarie Bell’s father, Hugh, died suddenly while showing a worker from The Resource Centre his famous Christmas garden on December 20, 2018.

He was 87 years of age at the time and had experienced a tough year with infections but remained fit.

Hugh loved to decorate the family home at Moyola Walk in Shantallow at Christmas time where there was a ‘real sense of community’.

He became known for his impressive festive displays and was hailed as the ‘King of Christmas’.

Just prior to his death, Hugh taught daughter Annemarie how to wire the plugs but, she says, ‘little did I know, I would have to do it again so quickly’.

He was well-known in the local community for his walks to Knock and charitable work with the Foyle Hospice, and also helped to organise the first Derry marathons.

Annemarie said: “My daddy has been the king of Christmas from I can remember.

“When we were young my mother and father smoked and they wrapped fag packets up with wrapping paper and hung them up on the tree.

“That’s the tradition that I grew up with and shoe boxes at the bottom of the tree for fake presents.

“Our crib was always the centre piece of our home and the main focus of our celebrations.”

When the family moved to Mount Vernon in Culmore, Hugh became even more invested in the Christmas season, lighting up hedges and setting up inflatable reindeers in the garden.

As a youth worker in Pennyburn she erected the Christmas tree as soon as Halloween ended.

The spiritual side of Christmas is of most import to the family and as such they would have attended a Christmas nativity event at Thornhill.

The year Hugh died they had around 15 nativities but Annemarie continued gathering and now has 40 around the house.

A nativity picture is the oldest item in the family’s collection.

Sadly, some decorations have been consigned to the past, Annemarie explained: “We had this big inflatable snowman and it was really, really strange.

“A big fat giant snowman, we must’ve had it for at least 20 years and my daddy died on the 20th and that just went kaput on the 21st.  So, it was strange, it was probably one of his first.”

This year, Annemarie says, many people have experienced hardship in the city with a further announcement this week of job cuts.

She believes it is important for everyone to get back to basics and think about family and the true meaning of Christmas. 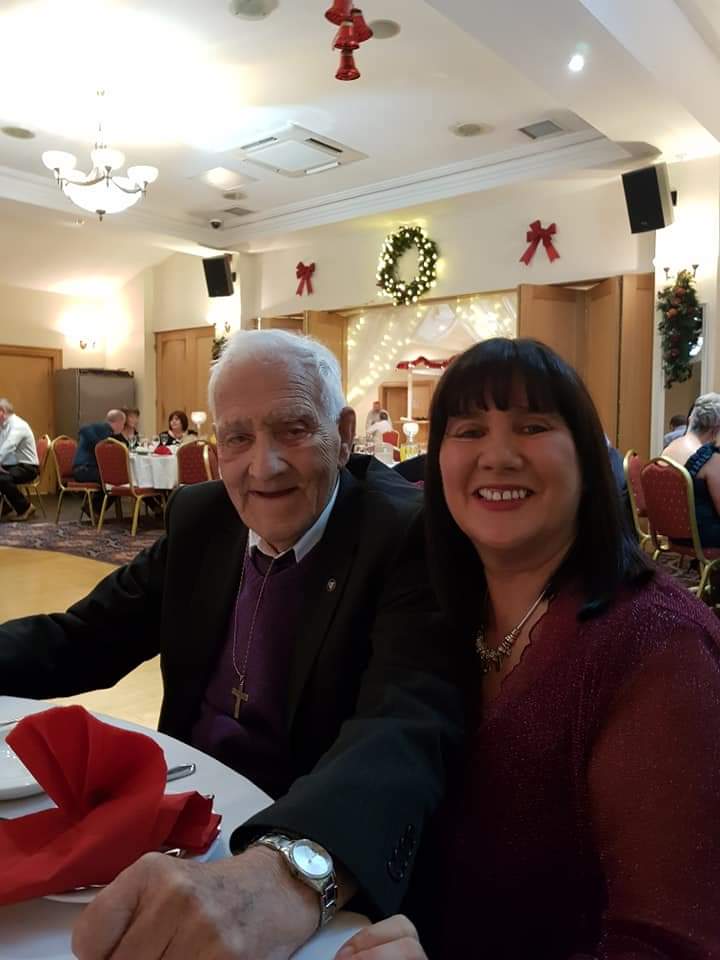 With the pandemic it felt strange for children to be locked indoors all day long.

Annemarie reflected: “I think this Christmas is going to be more special for people, we’re more used to living with one another during the pandemic, and young people won’t be looking to run here, there and everywhere.

“I’d imagine this year will be more traditional, that family board games will come back.

“And people won’t want their children going to other houses.

“When you look at the row of houses lit up in Shantallow right now, that is community.

“I was driving around after work last night and you see houses lit up that weren’t before and you think to yourself, isn’t that so beautiful, so much hope and joy in the community.

“For me, that’s why my daddy wanted to do it, to spread some joy.”

She added: “The wains are at school at the minute but the binmen were shouting to me, ‘your garden is class, I’m so glad you followed on in your daddy’s footsteps!’

“Those kind of comments from someone out doing his job, that’s what it’s all about.”