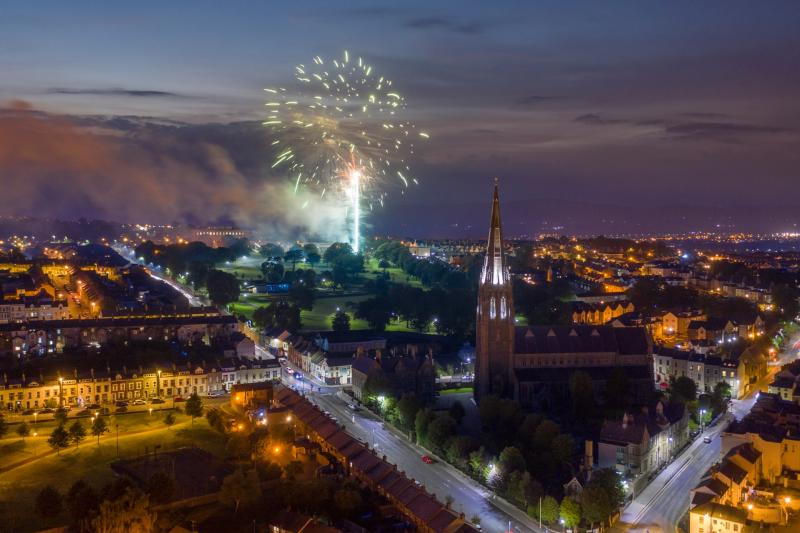 Derry's biggest community arts and cultural festival, Féile 2020, came to a close on Saturday night with Fire In The Sky, a spectacular multi-site fireworks display that set the skies alight above Creggan, the Bogside and Brandywell.

The event which organisers encouraged residents to watch from their homes or gardens followed an online film featuring Creggan opera singer, Danny Wade performing his version of Andrea Bocelli’s anthem, A Time To Say Goodbye on the steps of St Mary’s Chapel in Creggan supported by a cast of residents from across the neighbourhoods.

The video has since went viral with thousands of people across the world watching and sharing. The film was produced by locally based media company Amelia Films. 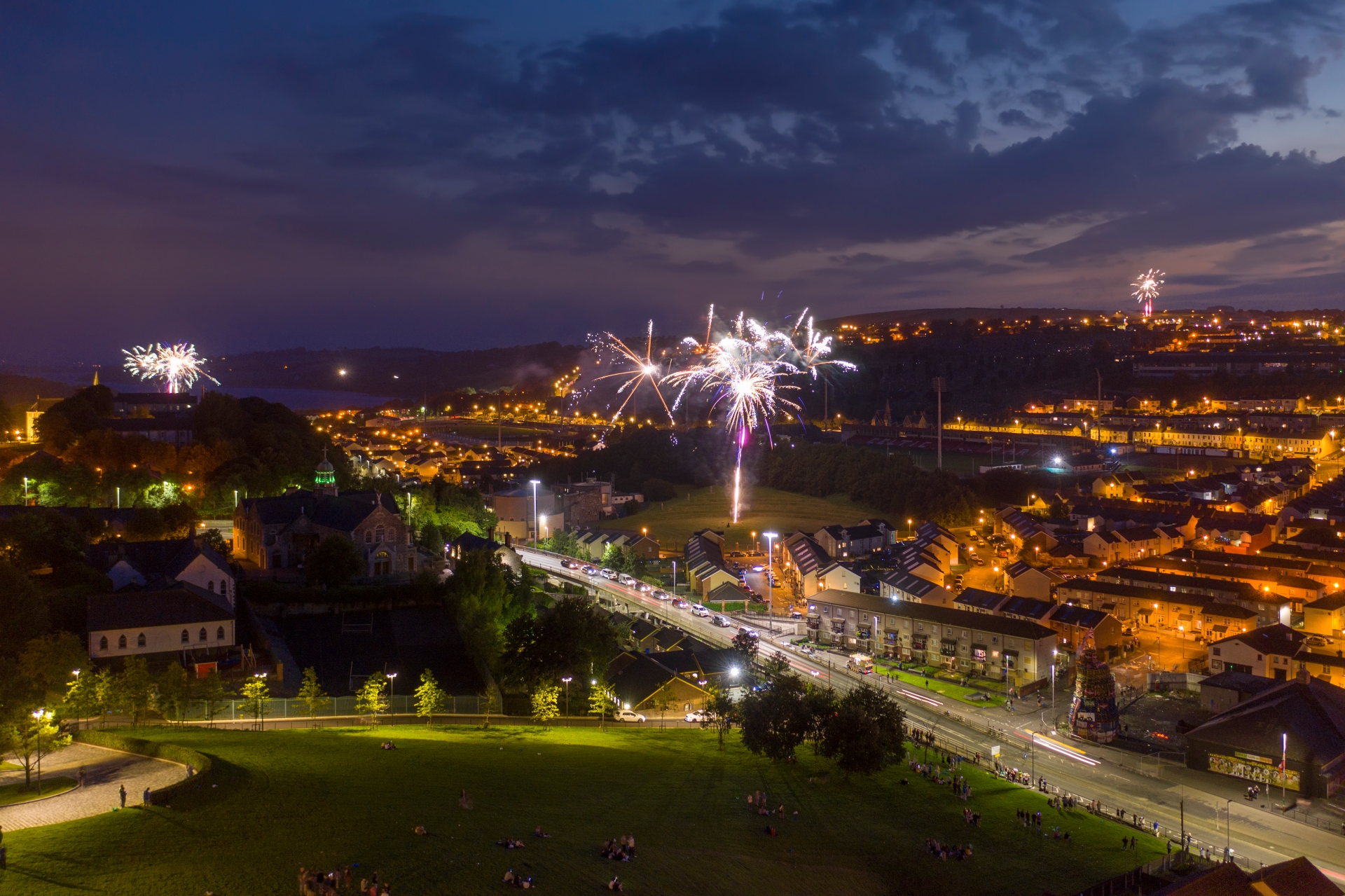 A spokesperson for the festival said 'Féile 2020 was like no other Féile'.

"While we would have loved to bring our community together at workshops, discussions, fun days and music events that have characterised previous festivals, it remains unsafe to do so at this time.

"Thanks to everyone who participated, contributed or tuned in to Féile 2020. Over the last eight days at Féile 2020, the country’s most renowned musicians and artists, its greatest heroes and thinkers shared an online platform with the best local companies, community organisations and residents to create magic, art, fun and discourse at a time when it has never been more essential.

"The most powerful images we have seen over the last eight days are of children wowed by unimaginable feats at our Ice Cream Carnival, the amazing performances of our musicians and poets, of our selfless youth and community workers, of the young black community in Derry and of the reflections of local residents including Mary Nelis, Gary Wade and Roisin Barton.'

"At the time of going to press, more than 160000 people from across Derry, Ireland and beyond tuned into Féile TV over the 8 days of the festival.

"Féile 2020 would not be possible without the support of our funders at The Executive Office, Urban Villages, Co-Operation Ireland, Derry City & Strabane District Council and Department of Foreign Affairs and the collaboration of the many groups, initiatives, volunteers and residents from throughout the Bogside, Brandywell, Creggan, Bishop Street and Fountain areas who have come together to shape and manage this programme of events."

Below are some links to the film of Danny Wade performing his version of Andrea Bocelli’s anthem, A Time To Say Goodbye, on the steps of St Mary’s Chapel in Creggan supported by a cast of residents from across the neighbourhoods.