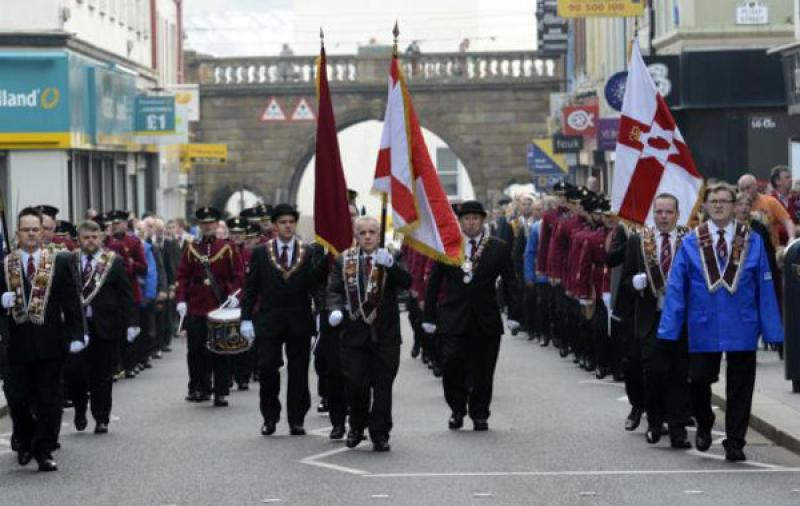 Two bands have applied to march in Derry City to celebrate the Twelfth, according to the Parades Commission.

The Commission revealed that it received a late notification from The Glendermott Valley Flute Band.

It will march in the Waterside area of the city on the Tullyally Road and Ardmore Road on July 13.

The Pride of Orange and Blue Flute Band from Newbuildings will also march with 30 members registered.

Other bands from Coleraine and Limavady have also applied to march.

It is anticipated that more could follow in the coming days.

The Twelfth is the annual Protestant celebration held every year on July 12.

However, it is being celebrated on July 13 this year because the twelfth falls on a Sunday.

It dates back to a 1690 when the last British Catholic monarch King James II was defeated by Protestant King William, formerly Prince of Orange in Holland, at the Battle of the Boyne.

Each year, members of the Orange Order - named after the victorious king and founded in 1795 - carry banners and flags in parades across Northern Ireland accompanied by marching bands.

The Orange Order cancelled events in April due to the Coronavirus pandemic and asked bands not to parade this year.

Harold Henning, Deputy Grand Master, said: "This year will be a different Twelfth; but just because our parades and gatherings are cancelled, does not mean that we cannot celebrate King William’s momentous victory.

"Quite the opposite, our challenge is to ensure this Twelfth is marked in style; online, in your home, at your door, with families and neighbours. Together we can make it a fun-filled, extra-special - socially distanced 12th - that will be talked about for years."

He added: "So begin by planning to suitably decorate your home, street, village or town - fly the flag, proudly and respectfully. Encourage children and grandchildren to watch our craft videos and create Orange Lilies and bunting or brush up your history by reading about William’s Generals.

"However, during our celebrations let us be mindful that the priority in 2020 is to look after everyone’s health this Twelfth as we continue the battle against Coronavirus. Please ensure you comply with the lockdown regulations in existence over the period."

But the Parades Commission has now received around 90 applications for marches to celebrate the Twelfth.

The sudden influx has been attributed to the easing of restrictions on outdoor gatherings whereby up to 30 people are able to gather outdoors, provided social distancing can be observed.

Among the areas where applications have been made are Belfast, Ballymena, Newtownards and Enniskillen.

At this stage no applications have been submitted for the annual ‘Relief of Londonderry parade’ which traditionally takes place on the second Saturday of August.

On August 8 last year there was controversy in the city when a loyalist band wore parachute regiment insignia accompanied by a soldier F symbol.

It was deemed to be an intentional act aimed at inciting the nationalist community in the city.

The ex-paratrooper known as soldier F is being prosecuted for the murders of James Wray, 22, and William McKinney, 27.