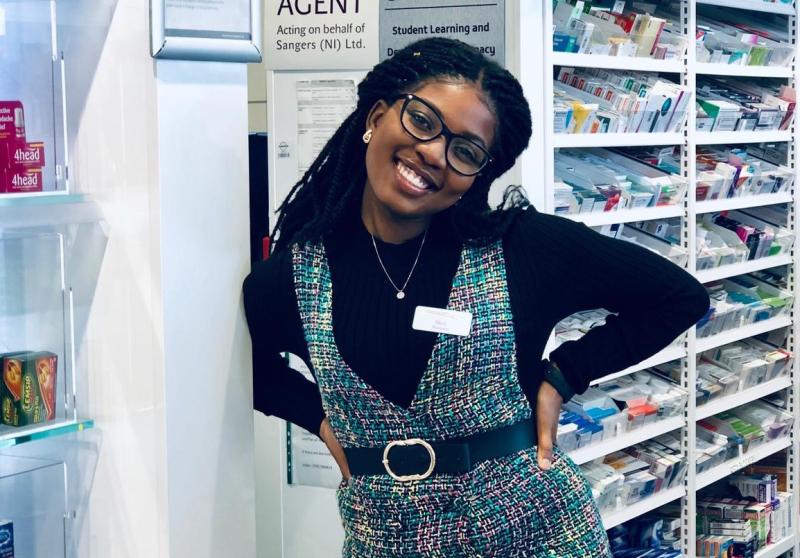 A body representing pharmacists in Northern Ireland has called on employers to support staff after a Derry woman highlighted racist abuse in the workplace.

In last Thursday’s edition of the Derry News Nkele Mushapho shared her experience of racism in Northern Ireland.

The 24-year-old has spent most of her life in Derry having relocated from South Africa at the age of 11.

Ms Mushapho said she has been subjected to racist abuse on a regular basis both in work and while out at night socialising with friends.

She recognised that not everyone is racist in Northern Ireland but said her life here has been dotted with moments of racist abuse that act as a ‘constant reminder’ of her skin colour and make her feel like she’ll ‘never fit in’.

Working in a hotel as a teenager she was denigrated by a colleague who used racial slurs when no-one else was around.

In a professional capacity she faces customers who request a white pharmacist and those who constantly second-guess her advice.

Pharmacy Forum NI is the professional leadership body for all pharmacists in Northern Ireland, representing pharmacy practice in both hospital and community.

The role of the Forum is to lead, promote and support the pharmacy profession to deliver improved outcomes for patients.

Like the vast majority of people in Northern Ireland, Sheelin McKeagney, the chair of the Pharmacy Forum NI was ‘appalled’ by the racist abuse reported by Nkele Mushapho, a pharmacist from Derry in the press.

Sheelin McKeagney stated: ”We oppose all forms of abuse of pharmacy staff and are committed to the principle of respect between all pharmacy team members and patients.

“We stand with pharmacists who are abused and are ready to help.  Pharmacy Forum NI will be contacting Nkele to discuss her experiences.

“We call on all employers to ensure that all staff dealing with abuse are supported and remind the public like all healthcare professionals, all pharmacists in Northern Ireland deserve to work free from harassment and abuse.”