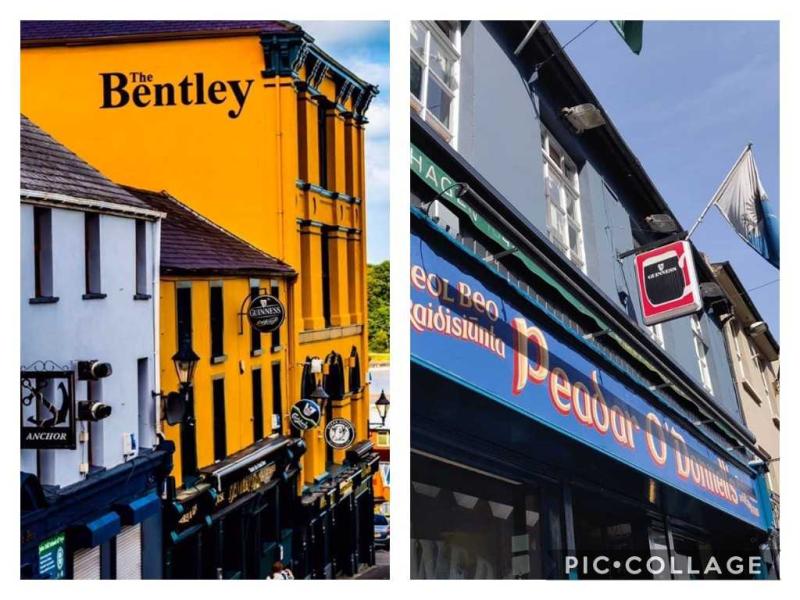 Derry bar owners are seeking more clarity from the government as they prepare to safely reopen their businesses during the Coronavirus pandemic.

Publicans in Derry who took a ‘massive’ financial hit by closing ahead of St Patrick’s Day in the interest of public safety have encouraged the public to ‘support their local’ once they reopen.

William McGuinness and his business partner Phil Nolan own Paedar O’Donnells, The Gweedore and Fifty Seven nightclub on Waterloo Street.

Before the government issued any formal directive for businesses to shut, Paedar’s led the way by announcing that it was closing its doors on March 15.

It came two days before the busiest date on the calendar for Irish bars, St Patrick’s Day.

“It was a matter of conscience for us,” Mr McGuinness said, “the general feeling at the time was that the NHS was going to be under pressure and we thought St Patrick’s Day would have been a petri dish for infection and we didn’t want to be responsible for that.”

Boris Johnson’s order for all non-essential businesses would come over a week later on March 23.

Chair of the British Medical Association in NI, Derry doctor Tom Black, has credited the part played by local businesses who took their cues from the Republic of Ireland.

Mr McGuinness said they’re happy they made that decision even though the business took a ‘massive hit’ because of it.

“St Patrick’s Day is our busiest day of the year and we were thinking about retirement soon but this thing has thrown it all up in the air.

“We knew that, but we were just concerned about the health of Derry people.”

Paedar’s missed out on grants because it didn’t meet the criteria but employees were furloughed.

The rebuild will be a slow process, Mr McGuinness said, as the pandemic took its toll.

From July 3 pubs and bars will be allowed to trade but must serve food and operate on a table service basis.

Pubs that do not serve food will be allowed to sell alcohol outdoors, such as beer gardens, also restricted to table service.

Mr McGuinness said that will make it ‘very difficult’ for small bars like Paedar’s with limited outdoor space.

Permission to use that space is absolutely essential in his view.

He added: “I would object to the fact that restaurant bars are allowed to open but bars aren’t allowed to serve inside.

“I think the risk is higher in a restaurant bar with adults and children being served food and drink whereas we’re just serving alcohol to adults.

“With food there are all sorts of utensils but we just have glasses and disposable plastic.

“I don’t see the sense in holding us up because we don’t do food.”

The ‘rush’ is now on to ready the bar for customers and bar owners like Mr McGuinness are looking to the government and local authorities for guidance.

Paedar O’Donnell’s has been cleared of tables and chairs to allow for the walls to be freshly painted and floors varnished ahead of the grand reopening. 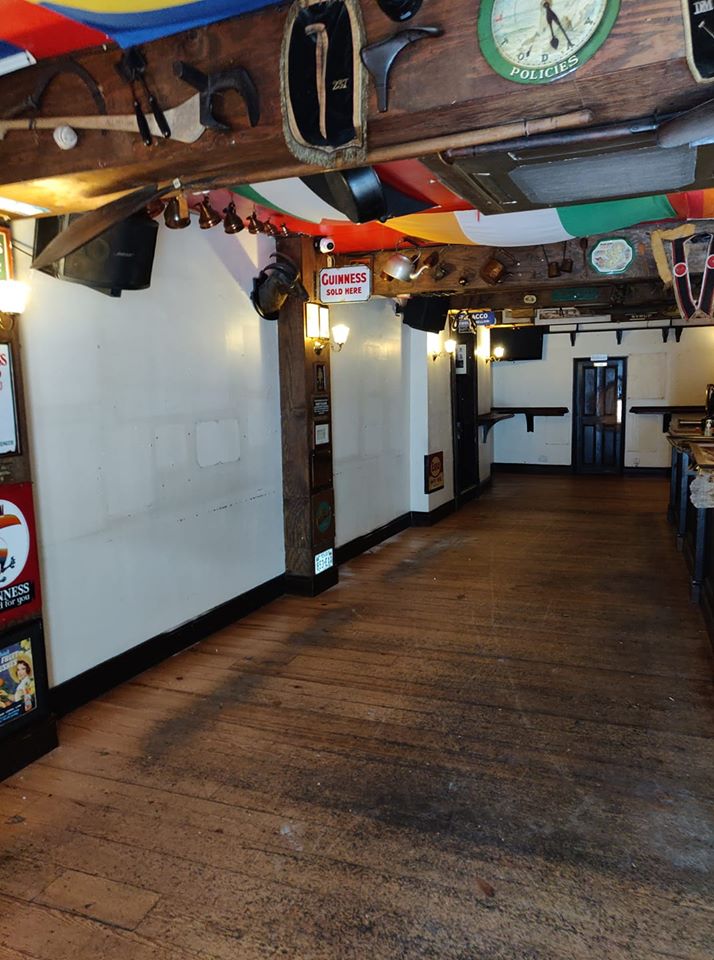 Mr McGuinness hopes that the government advice is relaxed to allow bars to serve indoors.

They’re awaiting further guidance before spending any money on Perspex screens or other safety measures.

He concluded: “We’d encourage people to come back but it’s going to be very limited space.

“We don’t have the tourists, we were a very busy bar at weekends, and we’re not going to get those numbers in – nowhere is – because Derry people like to go out on a Friday and Saturday and nowhere will be able to cater for them because of social distancing.

“There’s no money to be made in the next few months that’s the reality.

“But hopefully over time if it is under control and there’s no resurgence maybe we can get back to some normality.”

The owner of numerous bar-restaurants in the city including the Bentley, The Magnet and Molly Malones, Tony O’Connor, is also seeking clarity.

“I’m surmising that they’re working on it at Stormont but we need more information about social distancing and so on,” he said.

With all of his restaurants serving food he’s assured by the fact that customers can sit indoors but is unsure as to whether dining customers can stay longer to socialise.

Mr O Connor said: “Every one of our premises will be opening on July 3 because of the food situation.  Out of our six bars, five of them have outdoor areas.”

This week he held a meeting with management and they’re ‘all positive and raring to go’.

Like many businesses, the pandemic has been a ‘nightmare’ for Mr O’Connor but he realises that everybody is on the same boat.

The Irish government ‘deserves a massive pat on the back’ for closing bars before St Patrick’s Day, he said, because ‘you would have had thousands and thousands across Ireland’ spreading the virus.

“A lot of bars lost out on revenue there, no money was coming in and none getting paid out, so you just start over again,” he added. 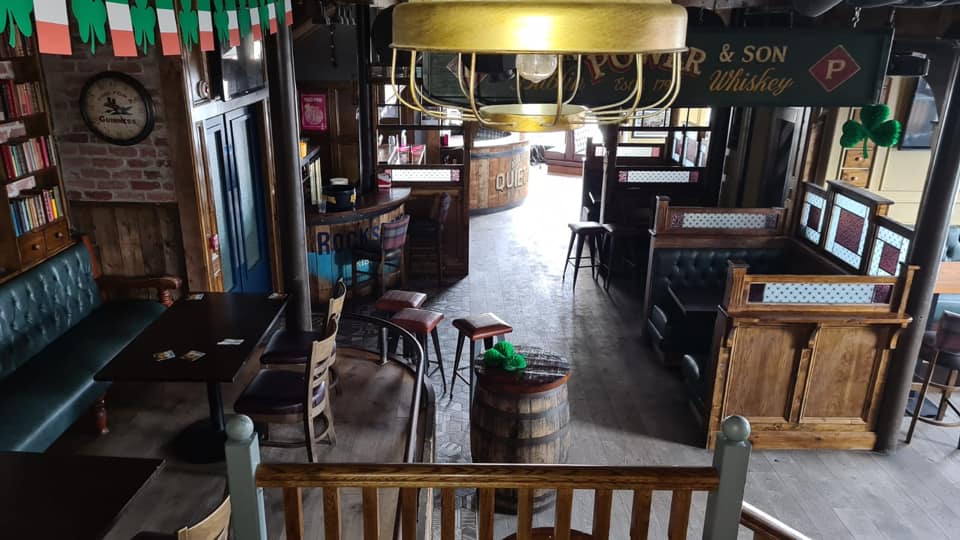 Bars have been actively discouraged from staging live music events or screening football matches to minimise the urge for customers to ‘dance’ or ‘hug each other’ after a goal is scored.

It’s Mr O’Connor’s aspiration that the bar will be allowed to have a singer-songwriter, two-piece band performing or DJ providing entertainment.

The local businessman said they will have hand sanitisers at each entrance, on every floor, at every table and also behind the bars and in kitchen areas for staff.

“I’d rather not open as to have big screens in front of the bar because I think it takes the atmosphere away.

“We have enough space so we can take tables away to create distance,” he stated.

They’re also considering an App on which people can order food and drinks but are awaiting further guidance.

And extra staff will be on hand to carry out an increased cleaning schedule.

Looking to the future, Mr O’Connor would like to see visitors to the city from other parts of the island.

He said: “I think Derry will get a good turnout because we handled the pandemic well as a city, there was a low number of Coronavirus cases.

“I can’t wait to get my teeth back into it, we’ve been doing nothing the past few months, and the not knowing is the worst thing.

“We’ve been doing takeaways but getting fully open is going to be amazing.

“We’d invite people to get back out and support your local.

“Self-awareness is key, Derry has played a blinder, it should be recognised and people here don’t have to be told to social distance, they’re fully aware.”