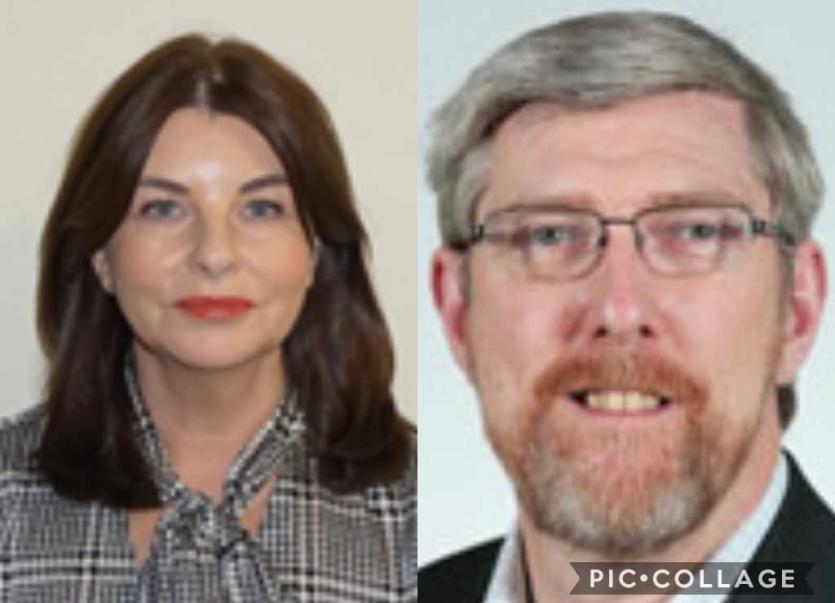 An SDLP MLA and Sinn Féin MLA exchanged words at Stormont yesterday over the issue of the Magee Medical School.

Foyle MLA Sinead Mclaughlin voiced the need for urgency to get the project over the line for a 2021 start date while Upper Bann MLA John O’Dowd accused her of playing ‘party politics’ and the ‘Derry media’ of writing ‘negative’ headlines.

Approval for the Medical School was announced on May 18 by Deputy First Minister Michelle O’Neill but 'funding decisions' have to be made by mid-June in order for it to open in September 2021.

To gain full accreditation with the General Medical Council (GMC) Stage 5 of the process has to be completed.  Before progression to Stage 6 a funding decision must be confirmed, an Ulster University spokesperson told the Derry News.

UU previously said that to complete the next stages with the GMC in preparation in readiness for a 2021 intake of students, confirmation of a funding commitment is required by the end of May.

However, it’s understood that date was extended to June 12.

A meeting of the Economy Committee was held at Stormont yesterday, June 3.

On the issue of the Medical School, the committee referred to a letter received from Health Minister Robin Swann who provided an update on the project.

SDLP MLA Sinead McLaughlin said it was noteworthy that the project is ‘time-defined’ and ‘needs sign-off in the next week’ and therefore a reply should be sent emphasising the need for urgency.

And the other ‘unmovable date’, she said, is that students hoping to enrol in 2021 have to sit a Scholastic Assessment Test (SAT) exam by mid-July.

In response to those comments, Sinn Féin MLA John O’Dowd said: “I have slight concerns about the motivation sometimes of the Magee school being raised in the committee.

“It ends up as negative press in the Derry media suggesting that the Executive commitment to building and installing the medical school at Magee is not honourable.

“And it’s quite clear now that the Executive and The Executive Office have taken responsibility for delivering this project.

“Quite rightly committees will scrutinise and ask questions, that is their duty, and individual members will do that, but if the committee is going to be used in a way which is party political then I do have concerns about.

“Because unless Sinead has definitive evidence that the Executive commitment is not honourable then I’m not sure committees should get into this ping-ponging around this matter which then allows for headlines in some of the Derry press that ‘Magee is not going ahead’ or ‘Magee is under threat’ or ‘the intention is not honourable’.

“I haven’t been presented with any evidence that has backed that case up.”

The Foyle MLA then pointed out that she is a member of the committee and was responding to a paper presented to the committee.

“Whether the public out there who are listening to this Economy Committee choose to write something about it, I have no responsibility after that,” she said.

“But I do have a responsibility to the constituents that I represent and this is a major, major project for the North West and I will not budge from my responsibility of critiquing and asking questions.

“This is a time-defined project that requires urgent sign-off and I make no apologies for what I said and what I will continue to do.

“And I’ll do it next week probably, and I’ll probably do it the week after that because it’s that important.

“And I’m sorry if that is making you uncomfortable, John.”

A back and forth ensued in which both MLAs defended their points, John O’Dowd maintained that it was party political while Sinead McLaughlin insisted it was not.

Their interaction was cut short because of sound difficulties at the meeting which they were attending remotely by way of video link.

Derry campaigners have fought for meaningful university expansion at Magee for 60 years and the medical school has been talked about since 2003.

The medical school will train 110 students at a cost of £27m per year when fully operational, according to UU.

The Graduate Entry Medical School will offer a Bachelor of Medicine and Bachelor of Surgery (MBBS) medical degree programme that is unique in this country.

The programme will address modern day healthcare issues, such as chronic disease management, mental health, and care of older people.

On May 18, 2020, Deputy First Minister Michelle O’Neill announced that a Medical School at Magee had been agreed by the Executive with an anticipated September 2021 opening.

A short time later The Executive Office or office of the First and Deputy First Minister said ‘further work’ was needed and ‘the Executive will consider this issue again’ in June.

On May 20 Economy Minister Dianne Dodds said the Magee medical school was a ‘good announcement’ but she added: “I’m not pretending that the path ahead is easy, there is a significant amount of work to do in relation to the issues around capacity of Ulster University and the financial position of Ulster University.”

The Derry News has also asked the Department for the Economy, Department of Finance, and The Executive Office what conditions are attached to the £126m loan being given to Ulster University for its vastly over-budget Belfast campus.

It is widely speculated that this could hamper Magee expansion beyond the medical school.

The Department for the Economy which is accountable for oversight of that loan refused to provide any details stating: “The provisional loan conditions are commercial in confidence.”

Last week DUP MLA Mervyn Storey questioned why the medical school was being funded ahead of policing.

He added that £15m has been allocated to the medical facility when it’s estimated to cost ‘in excess of £30m’ per year.