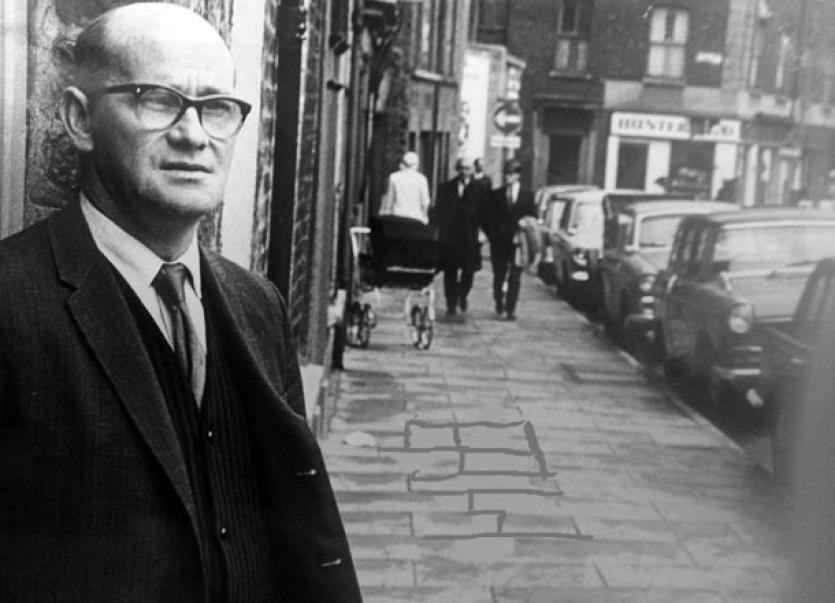 The Metropolitan Police claims that the phrase ‘unsolved murder’ was used in error when referring to the death of Derry man Samuel Devenny have been dismissed by his family.

Last month the Derry News reported that for the first time the Met Police acknowledged Mr Devenny’s death was an ‘unsolved murder’.

The London-based police service has now attempted to backtrack by saying the inclusion of that phrase was a mistake.

He is believed to be the second victim of the Troubles in Northern Ireland and the first in the city.

The attack on Mr Devenny was preceded by the Burntollet Bridge incident where civil rights protestors were attacked by a large ulster loyalist crowd including off-duty members of the Ulster Special Constabulary.

One month after his death rioting erupted in Derry in what would become known as the Battle of the Bogside.

During those riots, between August 12-15, the Devenny family suffered further trauma after their home was destroyed by fire.

The Devenny family have repeatedly called for the British government to release classified files in relation to their father’s death.

They strongly believe that those files contain crucial information, but the state has said they will remain secret until at least 2022.

The report into his death was compiled by Met Police Chief Superintendent Kenneth Drury who conducted an independent inquiry.

It established that the attack on the Devenny family had been carried out by RUC officers.

But it was unable to identify those officers, according to a Northern Ireland Police Ombudsman investigation in 2001.

Last year on Mr Devenny’s 50th anniversary Independent Councillor Gary Donnelly suspended standing orders to table a motion calling on the Met Police to release all files in relation to his case.

It took the Met Police seven months to provide a response and, in it, Mr Devenny’s death was described as an ‘unsolved murder’.

The Devenny family viewed this admission as ‘significant’ as it was the first time the Met Police had accepted that their father’s death was a murder.

However, in a statement to the Derry News the Met Police has sought to distance itself from the phrase saying that it was used in ‘error’.

A Met Police spokesperson said: “The phrase ‘unsolved murder’ in the introductory ‘Reason for Decision’ section was used in error.

“The accurate phrase ‘unsolved death’ was used on three occasions in the remainder of the FOI response.”

The PSNI was asked whether it supports full disclosure of Mr Devenny’s files.

And if full disclosure of the files produces enough evidence to warrant prosecutions whether the PSNI would cooperate.

In response a spokesperson said: “The death of Mr Devenny was the subject of an independent review by a Senior Officer from the London Metropolitan Police in 1970 and was also investigated by the Office of the Police Ombudsman for Northern Ireland in 2001.

“As this is not a PSNI investigation it would not be appropriate for us to comment.”

Mr Devenny’s son Harry said he expected ‘nothing more’ from the Met Police given its refusal to release the truth in over 50 years.

He believes the person drawing up the response may have seen ‘unsolved murder’ written on the file or was aware of its contents and that’s why he/she used those words.

Harry is in no doubt that it was murder, he commented: “You could describe it as nothing else.  They came into the house, battered him and he died at 42 years of age.

“That’s the only conclusion that we can come to.

“He took bad just after the beating and was taken to the Royal Victoria Hospital in Belfast where they put him on a pacemaker to keep his heart going because he was actually dead.”

In the hospital, Sammy’s wife Phyllis and a 21-year-old Harry asked how he was and a doctor demonstrated that it was only the machine Sammy was hooked up to keeping him alive.

“The severe beating he got resulted in his death, we have no doubt about that,” Harry said.

In Harry’s view it is in the public interest for people to know the truth yet the British government and Met Police have used that as an excuse to withhold the files.

“When they got away with my father’s case that open the gates for them to do whatever they wanted.

“The government probably feels like if they prosecute one policeman then they can all be prosecuted, but if they don’t it lets them all off.”

He believes that if his father’s death had been handled better that perhaps violence may not have escalated in the way it did in the years that followed.

Sammy Devenny’s daughter, Christine Robson, echoed her brother’s feelings that it was murder and refused to accept the Met Police claim of an ‘error’.  “They told the truth the first time,” she said.

She believes the British government and Met Police are trying to wear the family down in the hope they will eventually admit defeat.

But Christine refuses to let that happen: “I cannot let my daddy be forgotten, you just have to keep going.”

She wants to see the files released in 2022 and is confident her son and grandchildren will continue to seek the truth.