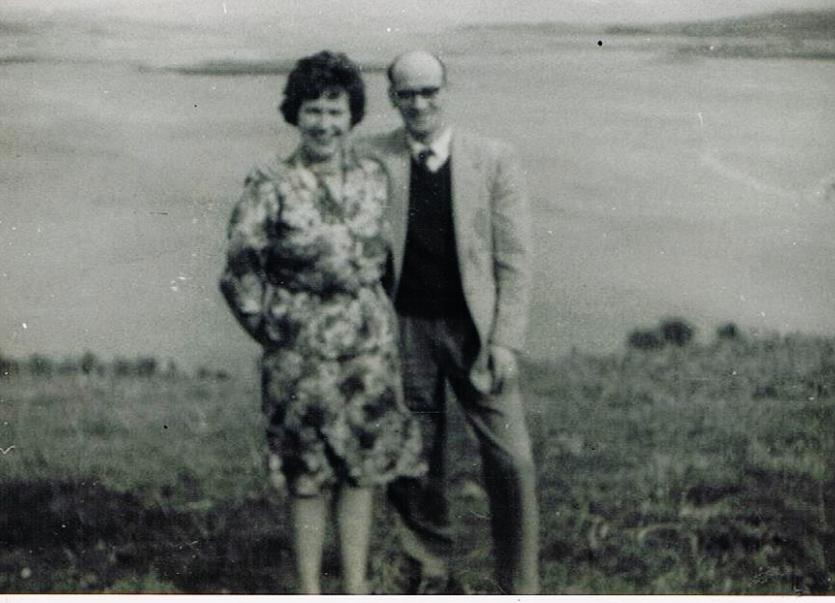 Sammy Devenny and his wife Phyllis.

The family of a Derry man who died after being attacked by the RUC have expressed shock that over 50 years later the Met Police Service has for the ‘first time’ described his case as an ‘unsolved murder’.

He was one of the first victims of the Troubles.

The Devenny family have repeatedly called for the British government to release classified files in relation to their father’s death.

It is their strongly held belief that those files could contain crucial information, but the state has said they will remain secret until at least 2022.

The report into Mr Devenny's death was compiled by Metropolitan Police Chief Superintendent Kenneth Drury who conducted an independent inquiry.

It established that the attack on the Devenny family had been carried out by RUC officers.

But it was unable to identify those officers, according to a Northern Ireland Police Ombudsman investigation in 2001.

In it the council commended the courage and dignity shown by the family of the late Sammy Devenny in their campaign for truth and justice regarding the events that led to his death.

Furthermore, the council called on the Metropolitan Police to release all files in relation to the case.

In a response seen by the Derry News the Metropolitan Police Service (MPS) refused to release all files in its possession saying five files are exempt under the Public Records Act.

It notes sections on national security, law enforcement and personal data to justify its decision.

On paper marked ‘Official Sensitive’ the MPS explains that five files have been transferred to the National Archives in accordance with the Public Records Act 1958.

Whilst these files have been transferred to the National Archives, they are physically held by the MPS and must therefore be considered for release by the MPS under the Freedom of Information Act (FOIA).

However, in issuing a reason for its ‘refusal notice’ the MPS described Samuel Devenny’s death as an ‘unsolved murder’.

It states: “The 5 located files concern the unsolved murder of Mr Samuel Devenny. These files are considered to be exempt under the Act because in any unsolved investigation, there is the potential for reinvestigation at any stage.

“Closing the file accordingly, preserves the record in its original form and ensures that no information is made available to the general public that may prejudice any future proceedings. A more detailed explanation can be found within the Legal Annex below.”

The documents MPS did release are of little consequence to the Devenny family and largely consist of newspaper clippings.

The family say this is ‘significant’ as the police service or government have never been described their father’s death as an ‘unsolved murder’ in the past 50 years.

Speaking to the Derry News today Mr Devenny’s son, Harry, said: “They never referred to my father’s case as an unsolved murder.

“We were surprised that they themselves put it in those words because they never really acknowledged it was a murder.

“They said it was an open verdict and the case was still pending and that’s one of the reasons they say they won’t open the files.

“Which is nonsense because we have already promised them that we would never use the file to prosecute anybody.  We’re not looking for prosecutions, we’re just looking for the truth.”

Harry says he has ‘no confidence’ in the judicial system and believes the Met Police will attempt to dismiss the inclusion of ‘unsolved murder’ as a typing error.

He believes that when it comes to 2022 the MPS and British government will also refuse to release the files.

It is no different to many other cases in Northern Ireland, Harry said, where the truth is being purposefully withheld. 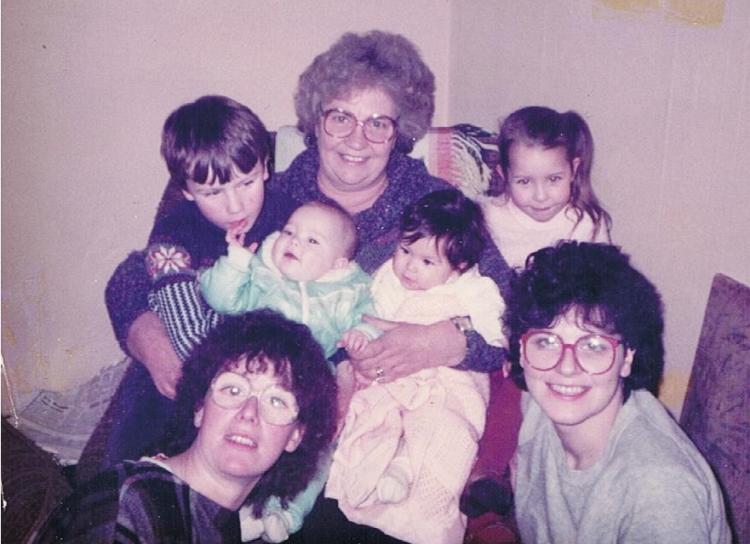 Photo: Mrs Phyllis Devenny pictured with some of her daughter's and grandchildren. Phyllis passed away in 1992.

Mr Devenny’s daughter, Christine Robson, said the family were ‘shocked’ when they saw their father’s death described as an ‘unsolved murder’.

“They have never used that language, the whole time they have used death.  My mammy didn’t even use the word murder because it was too painful for her.

“Even though we believed it was murder she didn’t want to say it to us.  But that is the first time it has come from them ever, ever.

“The famous saying throughout my daddy’s death was that there has been a ‘wall of silence’.

“But to say murder, I find that significant.”

Their mother, Phyllis, led the campaign for justice at the beginning, Christine said, but ‘they broke her down and she just had to stop because it was too hurtful’.

Before Phyllis died she told her children that it was up to them whether they wanted to continue.

They have for many years but feel the Police Ombudsman’s hands were ‘tied’ while investigating many years after his death.

As a family they are discussing the best course of action and ‘cling on to hope’ that they can finally get justice for their father.