US Socialist Sherry Wolf to speak in Derry this week

Sherry Wolf will be in Derry on Wednesday to speak about efforts to challenge the policies of US President Donald Trump and the growing socialist movement in the US. 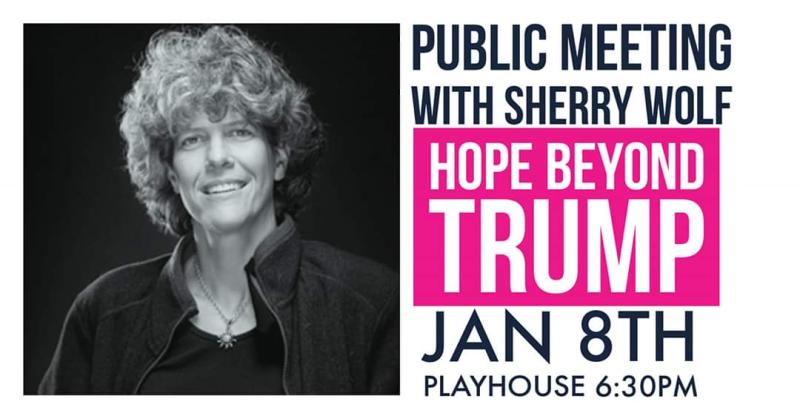 US socialist and New York based trade union organiser Sherry Wolf will be in Derry on Wednesday to speak about efforts to challenge the policies of US President Donald Trump and the growing socialist movement in the US.

Sherry Wolf said, "I'm delighted to have the opportunity to speak in Derry.

"The election of Donald Trump was a nightmare. In office he's pursued policies favouring the super rich and powerful corporations. He appeals to the most reactionary and racist sentiments in US society, even embracing neo-nazis. It's no surprise he has flamed the potential of yet another very destructive US regional war in the Middle East.

"But he also faces tremendous resistance from trade unions, from women and a great cross section of ordinary people in the US. There will be widespread opposition to his designs for war on Iran. Thousands have already taken to the streets in protest.

"He has galvanised many people into campaigns for social justice and into a growing socialist movement."

Sherry is a long-time women's equality and anti-war campaigner, Palestine solidarity activist and author of Sexuality and Socialism: History, Politics and Theory of Gay Liberation.

The meeting is hosted by People Before Profit in the Playhouse starting at 6.30pm on Wednesday January 8. The meeting is open to the public.