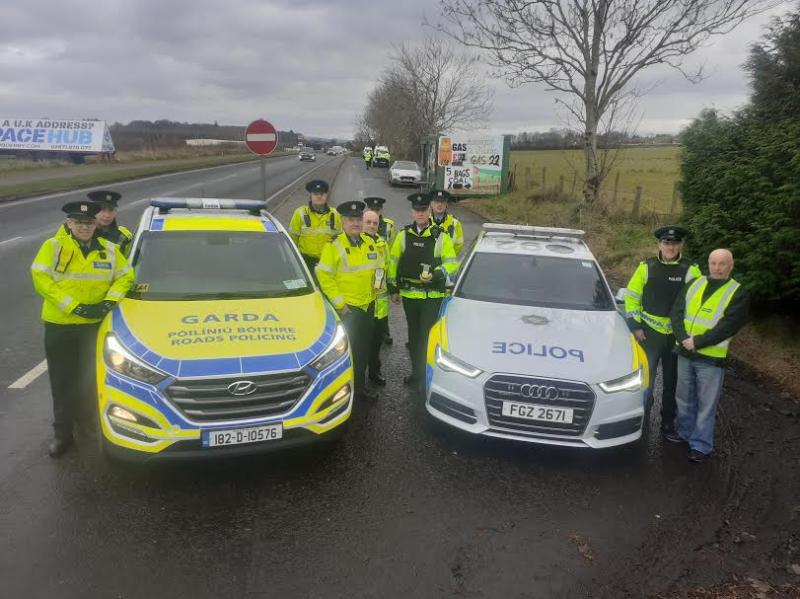 PSNI and Gardai pictured at the Bridgend border crossing this afternoon at the launch of the Christmas drink-drive campaign.

The PSNI and Gardai joined forces on the Derry-Donegal border this afternoon to launch their annual cross-border Christmas drink driving campaign.
The two forces say the campaign demonstrates the continued co-operation between the Gardai and PSNI in the area of road safety, and particularly in the enforcement of drink driving legislation on both sides of the border.

The initiative will see both forces co-operating at unprecedented levels in relation to drink-driving.