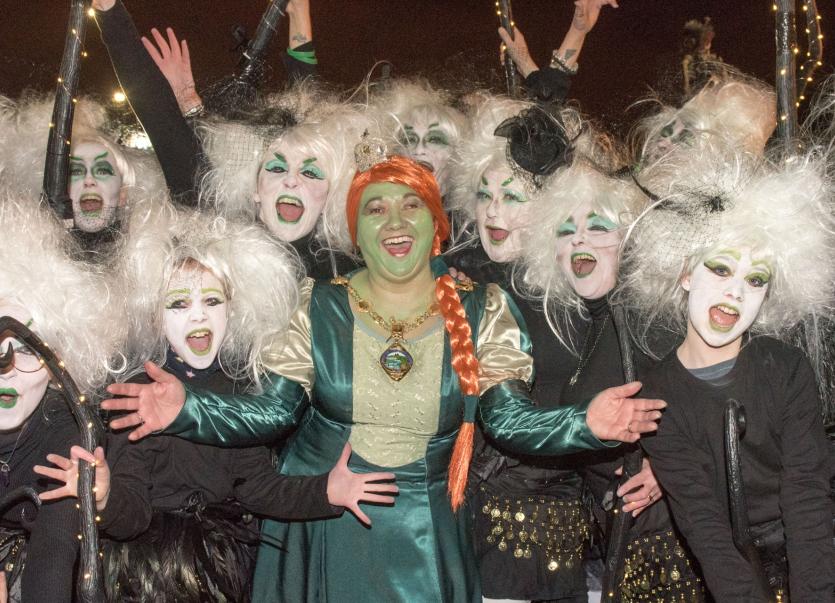 Derry and Strabane’s Halloween celebrations have proven the biggest in the event’s 33 year history as in excess of 120,000 people attended over 125 events over the last seven days.

The ‘Other World Awakens’ themed celebrations broke new ground tonight as up to 40,000 people attended the climactic parade and fireworks along the River Foyle.

The carnival parade saw arts, circus and street performers from all over the world join hundreds of local school children in a multi-coloured trail along the banks of the Foyle before Eglinton based Pain Fireworks lit up the night sky.

In Strabane thousands of families gathered at the Melvin Running Track for an outdoor Halloween Disco with live music, street performer and a fireworks display.

Mayor of Derry City and Strabane District Council, Councillor Michaela Boyle, thanked the public for supporting the festival in such large numbers.

“Yet again Derry and Strabane has justified its reputation as the best place in the world to celebrate Halloween and I’m thrilled that the public have turned out in record breaking numbers to support it,” she said.

“Sincere congratulations to Council’s Festival and Events team and all their partners on delivering an unrivalled programme across Derry and Strabane that included arts, music, food and family friendly entertainment.”
Aeidin McCarter, Head of Culture at Derry City and Strabane District Council, said the Halloween Festival is one that continues to grow each year.

“Our Halloween programme is one of the largest in Europe and the biggest in the UK and Ireland with up to 30,000 attending the Awakening the Walls trail each night this week and an estimated 40,000 people at last night’s climactic celebrations in Derry and Strabane.

“Our headline attractions such as Saurus and the Museum of the Moon again proved a massive hit with the public and the family entertainment and storytelling at all our venues were equally successful.

“The LegenDerry Halloween Food Village in the Heart of Samhain at Waterloo Place proved a particularly welcome addition to our offering this year, bringing together the best of local food and acting as the perfect pit stop for those taking in the city centre Halloween experience.
“Sincere thanks to all our partners for their support in helping deliver another world class Halloween experience and to the public for supporting the programme by attending in such huge numbers.”
The Derry Strabane Halloween programme is organised and funded by Derry City and Strabane District Council with support from the Tourism N. Ireland.

The festival was voted Best International Experience at the NI Tourism Awards this year and ran from Saturday October 26 until Friday November 1.